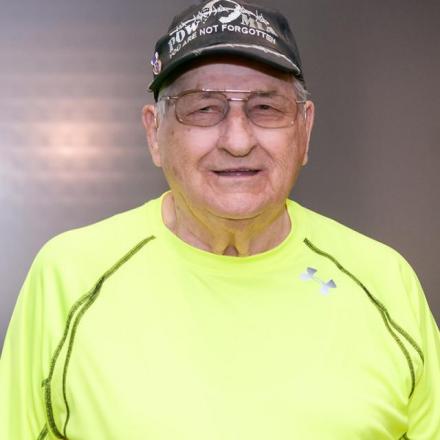 You could say that 12 is Willie Freeman’s number.

He signed up for the draft on Feb. 12, 1945. He was recalled for Korea on Oct. 12, 1950. He was captured on Feb. 12, 1951, and spent 930 days as a prisoner of war.
His three-month march to the camp at Ch’ang-Song was one of terror and close calls. Freeman was captured twice. The first time, at Hoengsong, he fought until he ran out of ammunition. The enemy caught up with him after he zigzagged across a rice paddy and took a bullet in the leg.

After a few days in a village, Freeman and other wounded soldiers persuaded the Chinese to let them go. That night, they walked onto a moonlit battlefield littered with American dead, many frozen and stripped of their clothes.

“The American public does not really know what happened, the atrocities that went on,” he says.

He was recaptured by North Koreans, who took the prisoners’ leather boots and loaded them with heavy packs. Those who didn’t keep up were shot.
Freeman had a wife, Barbara, and two children back in Georgia. She’d been told he was missing, and in August received a letter from him marked “Via Chinese People’s Committee for World Peace and Against American Aggression.” She had to send it to Washington for handwriting verification because Freeman’s name wasn’t on any POW list.

After the war, Freeman took the advice of a friend and fellow POW, “the first black man I’d ever met who was educated. He told me, ‘Willie, you need to go back and finish your education.’” He got his high school diploma, studied food technology and worked for the U.S. Department of Agriculture for 43 years.

He left Korea with a scrap of paper on which he’d scrawled the names of 10 men who died on the road to the POW camps.

“I’d been home two weeks when I went to a family here in Georgia to tell them about their son,” he says. “His mother said to me, ‘Did you see them bury him?’ I said, ‘No, ma’am.’ She said, ‘Well, then, you don’t know whether he’s dead or not.’ She was holding on to hope that he would make it.”