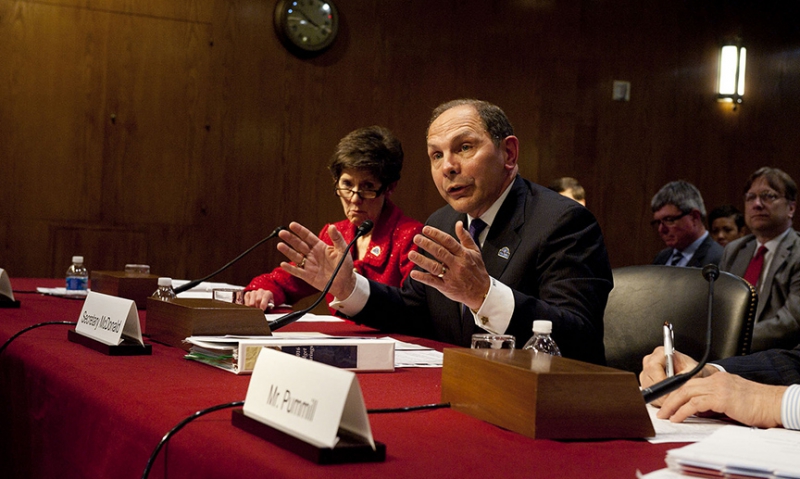 VA Secretary Bob McDonald appeared as a witness at the Senate Committee on Appropriations hearing to review the Fiscal Year 2016 and Fiscal Year 2017 budget for the Department of Veterans Affairs.

"Regardless of political gamesmanship being played between Congress and the White House, The American Legion expects VA to be fully funded," Helm said. "We agree with Secretary McDonald that cutting his department's budget by more than a billion dollars is unacceptable."

The House Appropriations Committee is considering a $1.4 billion cut to VA's budget for fiscal 2016. The Office of Management and Budget has already warned that such a reduction would shortchange investments in veterans' health care.

That claim was bolstered by McDonald's testimony before the Senate Appropriations Committee in April 21. He said the proposed spending cuts would impede VA's mission at a time when more veterans are seeking medical care and benefits.

According to a VA white paper, the proposed FY 2016 budget reductions include:

National Cemetery projects would receive no funding at all.

Helm said VA's weaknesses in management, wait-time delays and claims processing have been heavily scrutinized by Congress, which expects great improvement from VA.

"Why would Congress try to undercut VA's efforts to improve its services to our veterans by taking away funding that is so obviously needed?" Helm asked. "The appropriations committees should be finding ways to add money to VA's budget, which is exempt from sequestration."

If approved, the budget cuts would deny medical care to the equivalent of 70,000 veterans and eliminate funding for four major construction projects in St. Louis, Miss.; Perry Point, Md.; and Alameda and French Camp, Calif.

Helm said Congress needs to return to the "old days" when it passed an actual budget. "If that basic responsibility had been handled, we wouldn't have to put up with sequestration or tricks being played with the OCO (Overseas Contingency Operations) budget."