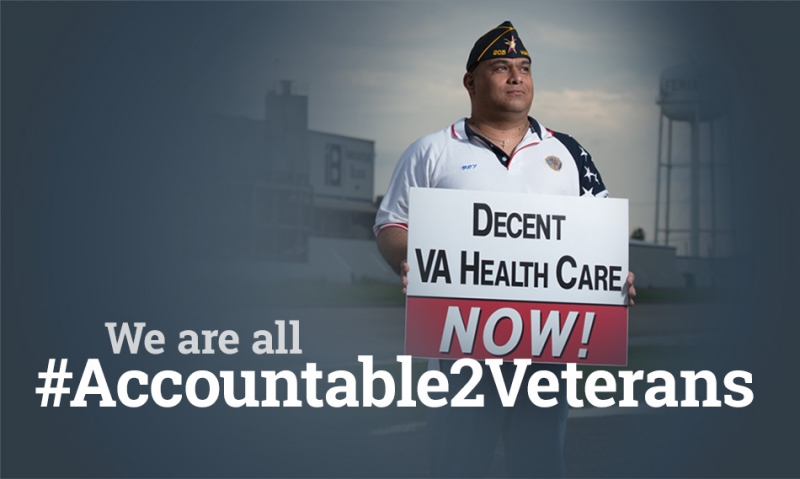 A social media “Thunderclap” is gathering to strike Wednesday, Feb. 24, at 10 a.m., when American Legion National Commander Dale Barnett tells Congress, VA and DoD that U.S. military veterans expect accountability for benefits they have earned from the government they swore with their lives to defend.

What is a Thunderclap? It’s a tool used on social media that allows thousands of people to share the same message at exactly the same time on Facebook, Twitter and Tumblr. Supporters give permission for Thunderclap to share a single message at 10 a.m. on Feb. 24 to show Washington the number of people who are aware of the issues veterans face and how The American Legion is leading efforts to improve accountability. Click here to participate in The American Legion’s Thunderclap for Accountability.

The commander’s message to Washington comes at a time when the word “accountability” is defined as the government’s ability or inability to discipline or terminate employees who have failed to responsibly fulfill their jobs in support of America’s veterans. Barnett said that’s part of the accountability dilemma, “but it’s only a fraction of what it means.”

His message to Washington extends the definition of accountability to include adequate staffing of VA health-care facilities, efficient access to health care for veterans no matter where they live or how overcrowded their medical facilities might be, alternative treatment options for veterans coping with post-traumatic stress disorder and traumatic brain injury, improved services for women veterans and adequate funding to support U.S. forces deployed today.

Simply click on the The American Legion’s Thunderclap page here. You will need to authorize Thunderclap to post the Legion’s message of accountability to your feeds during the commander’s testimony Feb. 24. It is free to participate.

If you want to learn more about this issue, visit www.legion.org/accountable.