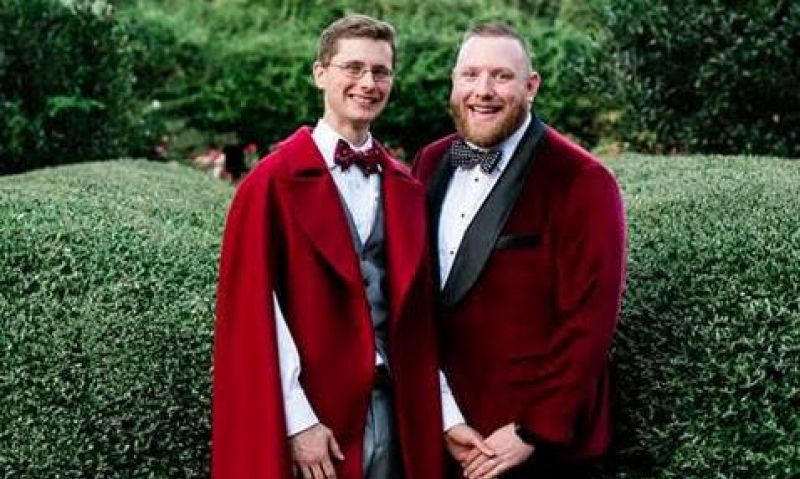 On June 28th, 1969, police officers from New York City’s Public Morals Division raided the Stonewall Inn, a popular gay bar in New York City’s Greenwich Village. Raids likes the one on the Stonewall Inn were not uncommon. This time, however, the patrons fought back. A shot glass was thrown into a mirror by Marsha P. Johnson who yelled “I got my civil rights!” That moment became known as "the Shot Glass that was Heard Around the World.”

Today, during the month of June, the LGBTQ community and its allies celebrate Pride Month.

“Pride for me is a mission of acceptance,” said Shuman, who served as the Legion's Legislative director from 2017 to 2019. “I live my Pride throughout the year and not just in June because I want to show others that gay people are more than what you see at a Pride festival.

“For me, it’s important to participate. I find myself to be a louder person with a lot of respect in Washington, D.C. And I very much enjoy using my persona to educate people on a political spectrum who may not be engaged often by somebody from the LGBTQ community.”

“We’re everything. And I think that for the people in the U.S. and at The American Legion who may not be exposed to this, I try to live that Pride to show them I’m a professional, in a bowtie, in my Legion cap, talking about all the issues that are important to our nation’s veterans.

“This is something I’ve thought about every time before I’ve testified before Congress. Of the millions of people who have died defending this country in military service, one in 10 are gay. Today, I get to sit at a witness table before Congress and talk about making sure that all 10 of those people are represented.”

As LGBTQ rights moved slowly forward in the United States, the Department of Defense implemented under the Clinton administration the “Don’t Ask, Don’t Tell” (DADT) policy. Under this policy, the ban on LGBTQ servicemembers was lifted. While those who wanted to serve in the armed forces were no longer forced to lie about their sexual orientation, they were also not allowed to disclose it. The policy was presented as compromise, but LGBTQ rights activists decried it as simply a new look to the previous ban on LGBTQ servicemembers.

Despite “Don’t Ask, Don’t Tell,” hundreds of thousands of LGBTQ people served in the U.S. military while being forced to hide their identities. Ultimately, more than 13,000 lesbian, gay and bisexual servicemembers were discharged under the policy before it was overturned by the Obama administration in 2010.

“Joining the Army and being gay, I really did my best to put it to the back of my mind,” said Shuman, who served in the Army from 2008 to 2012 under the DADT policy. “The military teaches how to be a leader, yet I was hiding a large part of who I am and in doing that, I felt I could never meet my potential as a leader while hiding a large part of my identity.

“But there were very real-life consequences to this policy. I didn’t fully realize it until boot camp and someone decided to out himself. And you didn’t see him at graduation.”

When Congress passed a repeal of DADT in December of 2010, Shuman knew it wasn’t going to be an overnight epiphany for the Army. “I felt there was some justice to be had,” he said. “I knew that when the repeal of Don’t Ask, Don’t Tell happened it was just a policy. It wasn’t in the hearts and minds of the troops yet.”

This, said Shuman, is where systemic changes comes in. “It’s been 10 years, and the E-2s back when I was in, are now E-6s and E-7s. Change has happened, but it’s taken those 10 years. And I’m sure there are still old-guard mentalities that still have that ‘they don’t understand it’ mentality.”

It comes down to normalization, said Shuman.

“The military and veteran community is a big family — or at least we try to be,” he said. “The big thing is, we have to get to know each other for who we are.”

“Learning, accepting and discovering are paramount when it comes to addressing these challenges,” Shuman said. “Knowing who your fellow Legionnaires are, accepting them, and appreciating who they are is everything.

“If they’re here to help the Legion grow and continue serving our nearly 2 million members, then that’s what’s moving the mission forward.”