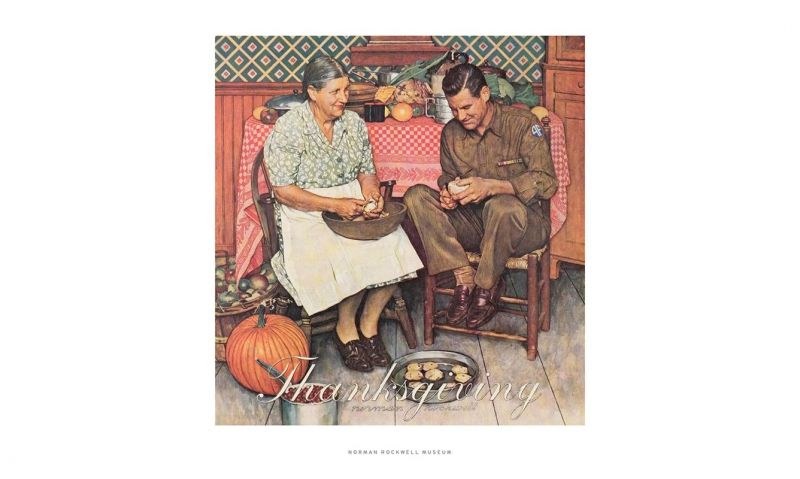 Decades ago when Eugene M. Connor Post 193 in Winchendon, Mass., was looking at building a new post home, its members went into the community to solicit donations. One of those donations will soon bring the post millions of dollars.

What was thought to initially be a reprint of a Norman Rockwell painting was revealed an actual original painting. Post 193 found out in the early 1970s and loaned it to the Norman Rockwell Museum in Stockbridge for the next five decades. But now, and in need of repairs to its nearly 60-year-old building, the post membership has decided to have the painting auctioned off, with an anticipated sale price surpassing $4 million.

“It’s pretty thrilling, really,” said Post 193’s Ken LaBrack, a 55-year Legionnaire who served as commander of the post in the 1970s and now is chairman of its Housing Board. “We’ve held onto it for a long time, but it’s time to sell it.”

LaBrack said that when the post was seeking donations for its new building, one Legionnaire visited Father Wilfred A. Tisdale, a local priest who also collected rare works of art. Tisdale offered the Legionnaire a painting of his choice to help with the building purchase. The Legionnaire chose Rockwell’s Home for Thanksgiving, which had appeared on the cover of The Saturday Evening Post in November 1945 and featured a mother and her soldier son peeling potatoes for Thanksgiving dinner – fitting just months after World War II came to a close.

”He never told us it was an original,” LaBrack said. “He just said ‘hold onto this painting for as long as you can.’ So they took that to heart and held onto it.”

The painting was hung in Post 193’s hallway where “anybody could have walked out with it,” LaBrack said. “One day, somebody happened to come downstairs and said ‘hey, I don’t know who’s in charge of that painting, but I’m willing to offer $500 for it.’ Once that word got back to the (post) officers, they decided ‘we need to look into this.’”

After that, the post pulled down the painting and drove it to the Norman Rockwell Museum, where staff there examined it and determined it was an original painting. In order to keep the painting safe, Post 193 loaned it to the museum, where it was displayed and sometimes toured around both the nation and the world. The painting also has appeared in several Rockwell books and compendiums, including Telling Stories, a collection of essays accompanying an exhibition of Rockwell works owned by George Lucas and Steven Spielberg.

“Back then the value wasn’t really that high,” LaBrack said. “But it was still nice to find out it was an original. So we just kept it (at the museum) for as long as we could.”

But in an aging building and not having the funds to make necessary repairs, the post voted to sell the painting. “The building’s close to 60 years old now,” LaBrack said. “It’s a fairly big building, but it needs a lot of major projects. We just don’t have the money to do it. So we said ‘we held onto that painting for this long, and it really hasn’t done the post any good, other than bragging rights that we own a Rockwell.’ So that’s when we put it to a vote.”

In addition to performing facility repairs, the post is setting up a trust with a limit on how much of the interest gained from the principle can be used. The interest income will be used to assist the post with expenses, as well as to support both post and national American Legion programs.

The painting will be the featured item in Heritage Auctions’ Nov. 5 American Art Signature Auction, where it is expected to fetch more than $4 million. “It stopped my heart the minute I saw it,” Heritage Auctions’ Director of American Art Aviva Lehmann told Intelligent Collector. “Anyone who sees this painting stops in their tracks, not just because it’s a classic Rockwell, but because it pulls on their heartstrings. And it feels very fitting that America’s auction house can broker this sale of an American icon on behalf of American heroes.”

Click here to watch a video created by Heritage Auctions about Home for Thanksgiving and the upcoming auction.