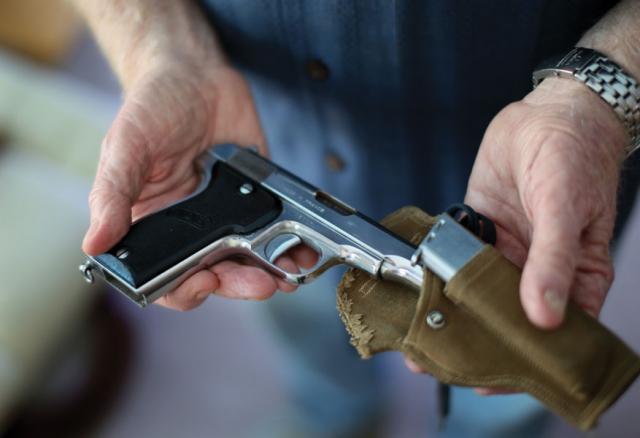 The Pentagon didn’t acknowledge Frank Kowalski’s tour in Southeast Asia for more than 40 years. Some of his fellow veterans still don’t.

Kowalski was handed orders for Vietnam on his 19th birthday in September 1955 and told nothing else about his surprise new assignment. Six weeks later, he received a top security clearance and $200 to buy tourist clothes. “Trying to buy summer wear in November is a little difficult,” he jokes. He soon flew to Travis Air Force Base in California to begin an eight-day island hop across the Pacific in a turboprop military transport.

When he arrived in Vietnam shortly before Christmas, Kowalski stashed his uniform and donned the slacks and short-sleeve shirt the Army ordered him to wear. During his first night in Saigon, he was assaulted by a group of rock-throwing Vietnamese while returning to his apartment across from the Metropole Hotel. A dental technician stitched up his head.

Kowalski was with Tech Sgt. Richard Fitzgibbon Jr. when he was killed by a fellow airman on June 8, 1956. More than 40 years later, Fitzgibbon became the earliest U.S. casualty etched into the Vietnam Veterans Memorial in Washington. The publicity surrounding that event enabled Kowalski to meet Fitzgibbon’s daughter and tell her about the father she barely knew. (Fitzgibbon’s son, Richard III, was killed in Vietnam in 1965; the Fitzgibbons are one of two confirmed father-son duos to die in the war.)

Kowalski regards his service with the Military Assistance Advisory Group (MAAG) Vietnam, an early U.S. effort to train the South Vietnamese army to defend itself against the communist North, as one of the defining experiences of his life. Throughout his career as a rehabilitation counselor, special education teacher, and high school drug and alcohol counselor, he kept two photos on his desk. One was of his father at the steel mill in western Pennsylvania that Kowalski sought to escape when he joined the Army. The other was a picture of himself preparing to go to Vietnam.

Kowalski recently spoke with The American Legion Magazine about his role with MAAGV and his interactions with the Vietnamese people.

What did you know about Vietnam before you deployed?
My orientation was probably better than anybody else’s because I was attending McKeesport (Pa.) High School in 1954 and my civics teacher – a World War II veteran – taught us current events. French Indochina was falling at the time. Still, Vietnam was so new that after I got my orders I had to go to the Fort Myer library and look it up.

What went through your mind as you stepped off that plane in Saigon?
I was terrified. I remember riding in the jeep to my quarters, going past rice paddies, hearing gunshots, smelling dung.

Did that sense of unease persist?
I was apprehensive. I couldn’t tell who the good guys were and who the bad guys were. Saigon was infiltrated by thousands of refugees who were fleeing North Vietnam. No one spoke English. People would drive by and shoot at the Americans. A couple of months after I got there, somebody threw a satchel charge in the back window of one of our Chevy coupes and killed our Vietnamese driver. We weren’t allowed to go out during the presidential election in April 1956 – there were demonstrations and shooting – or on May Day, which is a big communist holiday.

What was most difficult about your tour?
Not knowing anything about the Vietnamese culture or people, not understanding the language and what these people had gone through after 100 years of French occupation and, during World War II, four years of Japanese occupation. There were French aristocrats having parties and people living in the gutter starving. You could go from the impoverished to the elite in 10 minutes.

Did you blend in as a tourist, like the government hoped?
I had red hair. People stopped and stared at me when I walked down the street.

Describe the assault your first night there.
I was walking back to the billets with an Army sergeant who was going to be working with me, and these Vietnamese were following us. They started throwing rocks, and I got hit in the head.
I had to be sewed up by a dental technician. The next day my commanding officer said, “Did anybody tell you not to go out at night?”

How did your perspective on the Vietnamese change?
I came to respect them. They were very bright people, very industrious. By the time I left, I thought they might just pull it together and win this war. They didn’t. But they came over here and grabbed the American dream. Today, if you go to the VA here in San Diego you have a lot of Vietnamese doctors and nurses. The cardiologist who put a couple of stents in me was Vietnamese.

How did you come to teach English?
A guy in the signal section taught a conversational English class in a building next to the embassy. They asked me if I wanted to take his place after he left. It was mostly telling stories about America. They wanted to know what snow was like. If you really had hot water every day. It sparked my interest in education.

Describe the group you deployed with.
There were 350 of us. A lot of the guys with me were career – World War II veterans, and some fought in Korea. About a quarter of us were around Saigon, and 75 percent were out in the provinces teaching the Vietnamese how to fight. Were the bad guys shooting at us? Yes. Were we shooting back at the bad guys? Yes. Did anybody say anything about it? No.
There also were a lot of CIA there, but you didn’t know who they were because we all wore civilian clothes. You could be shooting the breeze with a guy at the bar thinking he was another PFC and he was CIA. My older brother, Chester, showed up about six months after I arrived. He was with the Army’s Temporary Equipment Recovery Mission, which was supposed to track all of the weapons and ordnance we had given the French that had gone missing.

What was your job?
I was in the signal section. Our primary job was to establish radio contact with our guys out in the bush training the South Vietnamese army. We also monitored Hanoi. And we maintained a signal with Clark Air Base (in the Philippines) because if we evacuated, it was to Clark. It was boring as hell at 2 in the morning, so I listened to Radio Free America and read teletypes of the propaganda broadcasts from Hanoi.

And you bought a gun on the black market?
We were guarded by South Vietnamese troops. They weren’t that good, and there weren’t enough of them to guard the transmitter and receiver sites. Since I worked 10 miles outside Saigon – and worked alone – I wanted a weapon. I bought a revolver, but it was big and bulky and I felt like John Wayne. So I traded a guy at the U.S. Embassy for a nickel-plated .32-caliber Beretta that I could carry under my shirt. I had to get a license and register my weapon with the Vietnamese-American Consulate. I only used it once. I fired three shots in the air to scare off these Viet Cong who would come to my radio shack at night and throw rocks at the shutters. Everyone in the signal section bought weapons because of the limited security and sold them to our replacements as we left.

How was Tech Sgt. Richard Fitzgibbon Jr. killed?
Fitz was the crew chief on a C-47 that flew provisions out to our guys in the bush. The radioman on his airplane was giving him problems because they were taking ground fire and he was frightened. Fitz was saying, “If you keep flaking off, I’m going to write you up.” One night, this radioman got his pistol, came into the bar at the Metropole and started shooting. Emptied one clip. Put another one in his gun, then went outside and shot Fitz four times.

I was coming out of a movie next door, heard all of the gunshots and smelled the cordite. I went around the corner, saw two guys lying on the sidewalk. I knelt down by Fitz and held the back of his head. He wanted to sit up a little bit so he could breathe better. I knew he wasn’t going to make it. It was June 8, 1956. I thought, “Jesus, I just graduated from high school two years ago today. What the hell am I doing here?” The other guy who was shot was evacuated to Clark. The radioman went up a fire escape, fell and died.

Somebody put a fishbowl on the counter of the hotel and we put money in it for his widow and four kids. I often wondered what happened to his family – whether his widow ever got that money. There was no Internet, no way to search. I went to the VA in Cleveland after I got home to get the ringing in my ears checked out, and I asked them if they had any records of our group that might help me find his family. The VA told me, “Nobody from the U.S. has gone to Vietnam.”

How did you finally connect with the Fitzgibbon family?
A TV reporter called me on Veterans Day 1998 when Fitz’s name was going to be added to the Wall. She told me Fitz’s daughter lived nearby. So my wife and I followed the reporter over to her house. I gave his daughter pictures of where Fitz lived and where he sat in front of the hotel handing out candy to the Vietnamese children. I told her how he got a jeep and took us all to Mass on Easter Sunday. I asked her if her mother had ever received the money we collected for the family. She didn’t know. But that night Fitz’s sister, Alice, called me. She said, “Forty-three years later, his widow wants me to thank you.”

How does it feel to not have your Vietnam service acknowledged?
There’s virtually an era of involvement that is forgotten. Someone in the Pentagon decided Vietnam started in 1962. When I tried to join the VFW, I was told I was not in Vietnam prior to 1962. My DD 214 didn’t say “Vietnam,” it said “foreign country.” I had never really paid attention to it. The Legion classifies me as a Korean War veteran because I served 1954 to 1957.

Nothing that we did compared to what they did from ’62 to ’75. But that should not denigrate what a few thousand soldiers did before 1962. We had a lot of casualties. And I’m proud of my service. I’m not looking for acknowledgement. I’m looking for recognition that people were there and doing a good and noble thing prior to 1962.

Did you think Vietnam would become a controversial war?
No. I thought we’d have some kind of stalemate, the politicians would get involved and then we would have some kind of agreement with the North. I never in my wildest dreams thought 58,000 guys would never come back.

What is MAAG’s legacy?
It was a noble effort to do the right thing in the spirit of the time. Russia and Red China were at their peak. There was an invasive communist threat. The tragedy of the Korean War was still so fresh. We didn’t want that to happen again.