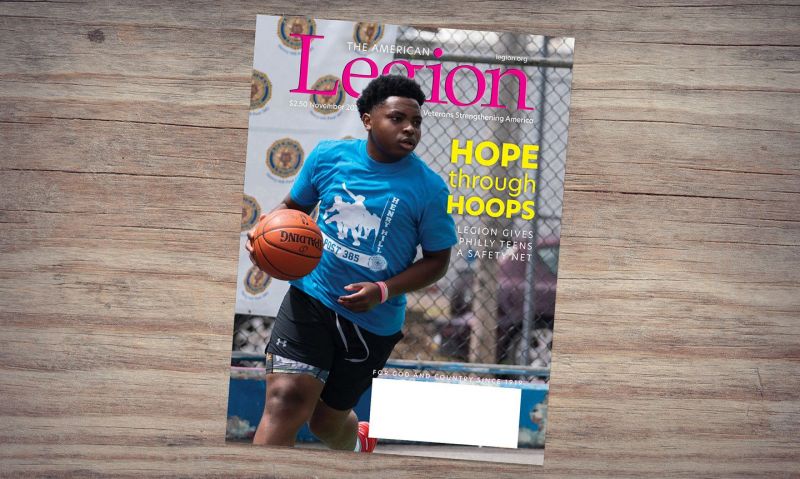 Don’t miss the November 2021 American Legion Magazine digital edition, which has articles on a Philadelphia post’s youth basketball league, the perilous Atlantic crossing of the World War I Unknown Soldier, coverage of the 102nd American Legion National Convention and more. The clickable digi-mag is available through MyLegion.org.

• In “The Unknown Soldier’s Stormy Voyage Home,” J.R. Neubeiser recounts the Olympia’s transport of the World War I Unknown Soldier’s remains from France to the United States in 1921. “The agonizing thought came to me: what if the Unknown Soldier – the hero America waits to honor – is washed overboard?” Marine Corps Capt. Graves B. Erskine later recalled. “I knew if such a thing happened, I might as well jump over with him.”

• NSC-68 – the 1950 report that shaped America’s response to the Soviet challenge – can be our roadmap to navigate Cold War II, Alan W. Dowd writes.

• The American Legion calls for substantial federal investment in broadband, on behalf of nearly 2.4 million veterans who need it to access health care, education and employment.

• Legendary Vietnam War correspondent Joe Galloway spent his life honoring soldiers’ service and sacrifice, and they considered him one of their own.

• Travel writer Lyn Mettler shares tips on making the most out of a trip to a national park, from visiting during the winter months to using less-busy entrances.