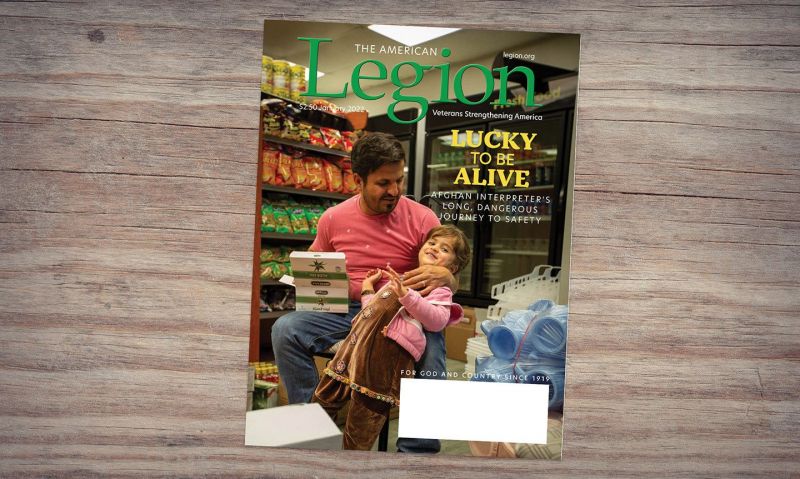 • Thanks to a Navy veteran and a Navy helicopter pilot, Lucky Manan made it out of Afghanistan with his family after the fall of Kabul last August. The former interpreter, who survived two IED attacks while working for the U.S. military, says thousands of others are worse off than him. “They cannot tell their story because their family is still there and the Taliban will look for them. They cannot even tell veterans because they are so afraid.”

• In “Afghanistan’s Grim Future,” Sajjan M. Gohel says the Taliban’s promises of tolerance, amnesty and women’s rights are proving empty. Instead, they’ve “showed themselves to be who they have always been: ideologically dogmatic, violently repressive, terrorist-supporting and relentlessly misogynistic.”

• The new $62.5 million National Veterans Resource Center at Syracuse University, dedicated Nov. 3, is the culmination of a 15-year journey to leadership in veteran-support services, programs and research.

• Exactly 100 years after the World War I Unknown Soldier’s arrival at Washington Navy Yard and entombment at Arlington National Cemetery, dignitaries and the public paid tribute to that historic homecoming. “I think everybody who has served this country knows there is a chance they might lose their lives, and not being remembered and not being known for what happened to them,” said American Legion National Vice Commander Cory Bates of Rhode Island. “This is a reminder that the country still knows, and the country still remembers.”

• Membership renewals are imperative if The American Legion is to stay effective, National Commander Paul E. Dillard writes. “Make an effort to reach out and welcome all our veteran brothers and sisters. Encourage them to ‘stay Legion.’”