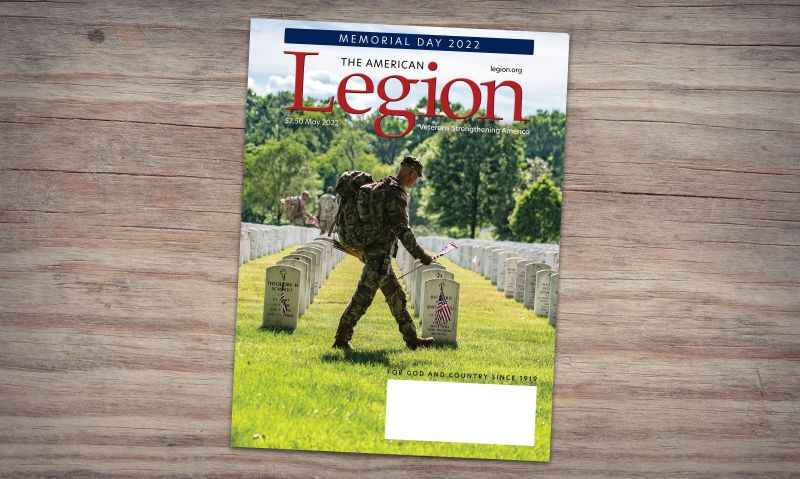 Check out the May 2022 American Legion Magazine digital edition for an analysis of the ongoing war in Ukraine, a photo essay on memorial services for “unclaimed veterans,” news about The American Legion’s new agreement with INDYCAR and more. The clickable digi-mag is available through MyLegion.org.

• In “A Senseless War,” Alan W. Dowd tackles some of the biggest questions about Russia’s invasion of Ukraine: the causes of the conflict, how NATO is helping Ukraine, the world’s financial counterstrikes and what likely lies ahead for Vladimir Putin.

• Daily Herald photographer Rick West, who accepted The American Legion’s Fourth Estate Award in 2021 for the newspaper’s series on four “unclaimed veteran” funerals, saw hundreds of people in his community come together to honor an Air Force veteran they’d never met. “It was one of the most moving experiences of my career,” he writes.

• Tony Kanaan will return to drive an American Legion-sponsored car in this year’s Indianapolis 500, after a 10th-place finish in 2021. In addition, as an official charity of INDYCAR, the Legion looks to boost awareness among race fans nationwide about its work on behalf of veterans, particularly in reducing and preventing veteran suicide.

• In “Left Behind,” Ken Olsen writes that tens of thousands of Afghan interpreters and their families remain in danger as U.S. officials quibble over processing SIV and humanitarian parole applications.

• As Memorial Day nears, National Commander Paul E. Dillard reminds Americans that every U.S. military headstone has a story. Our freedoms “have been paid for in blood by those who willingly risked their lives to protect ours,” he writes. “As the saying goes, ‘All gave some, some gave all.’”