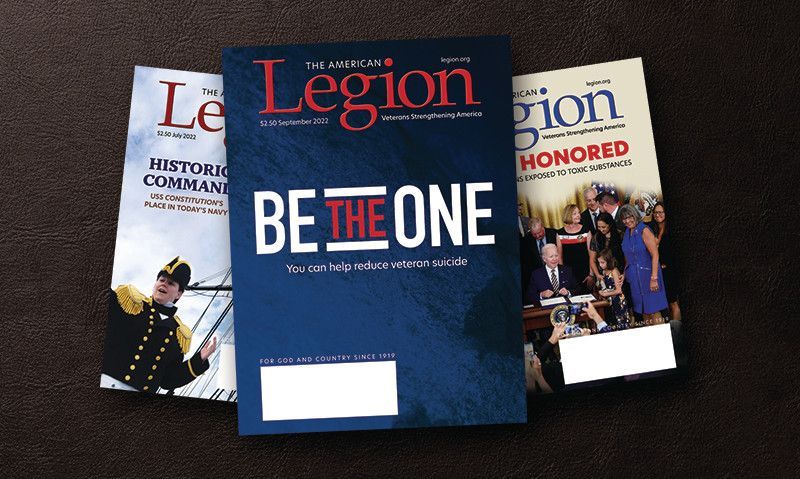 The American Legion Magazine is still “best read” among more than 150 titles in the United States, according to an independent auditor.

“It is inspiring to know how highly our members regard our magazine,” said David Wallace, chairman of the American Legion Media & Communications Commission, which oversees the magazine and other media products of the nation’s largest veterans service organization. “They care deeply about our organization, our commitment to community service and how we improve the lives of veterans daily. The results show no matter how busy our members are, they regularly find time to engage with the magazine. We are grateful for their readership and loyalty.”

GfK MRI conducts research annually to determine how frequently subscribers read each issue. The American Legion, which is the nation's 19th-largest magazine by circulation, had the highest percentage in both categories measured. One category calculates how many subscribers have read three out of the past four issues, while the other determines how many read each of the past four issues.

Subscribers of The American Legion Magazine reported reading at least three of the previous four issues 74.4 percent of the time. No other magazine was higher than 72 percent.

And 66 percent of American Legion Magazine subscribers say they read all four of the previous four issues.

In the past 10 years, American Legion Magazine swept both categories seven times; in one year, it rated first in one category and second in the other. It was never ranked lower than third.

Wallace credits the recent magazine redesign as a way to keep readers engaged.

“Over the course of the past couple of years, the magazine has undergone a strategic renaissance,” he said. “We’ve modernized the design and content, making the entire magazine more accessible for time-pressed readers. This new survey is clear validation that readers approved of the updates.”