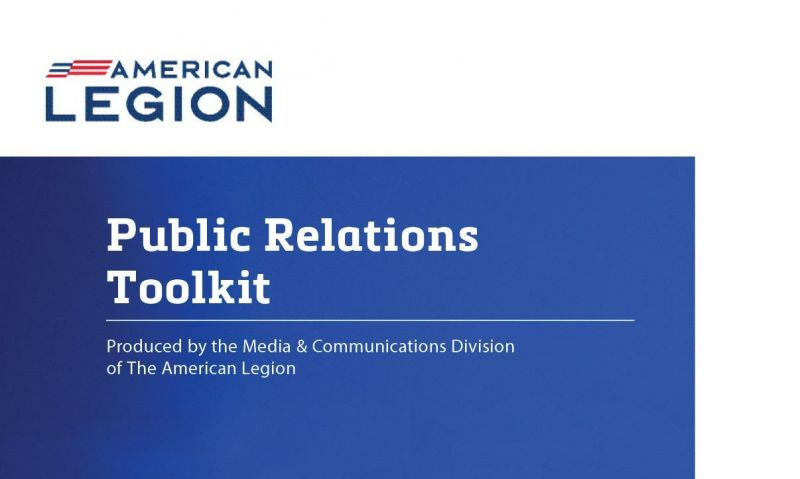 Visit the Training Tuesday web page to listen to the presentation.

A few of the many tools the PR Toolkit features includes examples of customizable:

·       Media advisories that give the facts – who, what, when, where, why and a media contact. Raughter encourages members to do a follow-up with a phone call to the newsroom if you want coverage of your event.

Raughter advised for op-ed pieces, when representing The American Legion, to write an editorial based off resolutions at your post, department or national. An example would be an op-ed on The American Legion’s Buddy Check program.

Other highlights shared from the PR Toolkit were how to:

When conducting an interview with a reporter, Raughter encourages Legionnaires to bridge message points. An example Raughter gave is if a reporter asks where the next national convention is, you could just reply “Milwaukee.” Or you could take the opportunity to advance your message by saying, “The American Legion’s convention this year is in Milwaukee, and we are going to have thousands of American Legion Family members gathered to hear from Cabinet members, members of Congress and important leaders from across the country, and we plan on discussing why veterans are so important to this country and how we can better serve them.”

Other interview tips Raughter gave were to:

·       Flag your top message points you want to reiterate. Example, “’We are open to all veterans who served honorably since Pearl Harbor Day, Dec. 7, 1941 – you’re welcome in our organization. So check us out at www.legion.org.’ Also, flag your post address if that’s where you want people to come to,” Raughter said.

·       Do not repeat negative premises or stereotypes. An example Raughter gave was that the Legion is a dying organization. “We are still here, and we are still the largest veterans organization,” he said. “When a reporter wants to focus on a dying post, I focus on ones that are growing and doing well. For every time they give you a negative example, you can point to a positive example. Talk about what you’re doing to turn (your post or membership) around. Having a positive response to a negatively framed question really helps.”