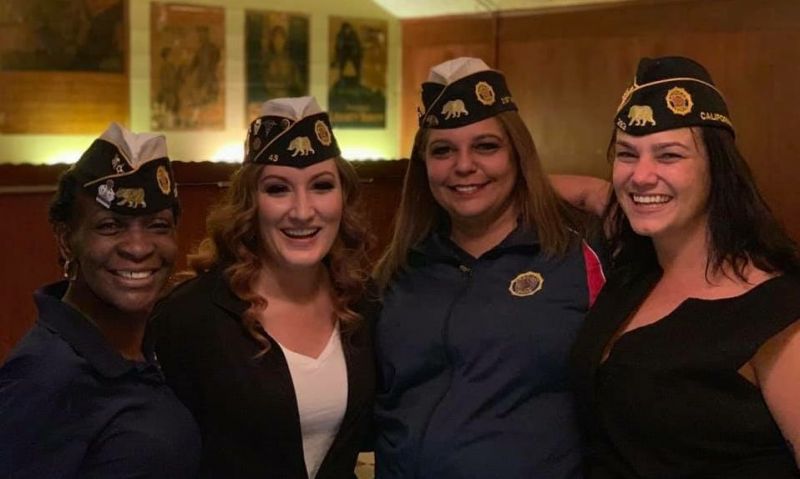 The immediate responses to her mass text message confirmed Clemons was onto something. As commander of District 21 in the Department of California last year, she set out to break membership records.

By the time her phone quieted, Clemons’ plan had propelled District 21 to surpass its 100 percent membership target. In fact, every post in the district hit its goals, pushing the district to 117 percent for the year.

“It was pure determination,” explained Clemons, a member of Post 289 in Riverside and now 5th Area membership director in California. “It was a multi-step process. We actually had never been able to get to 100 percent. I knew my district had the numbers of veterans but they just aren't coming into The American Legion.”

Her first tactic was to deliver members from Post 1000 to a local post. But in order to do so Clemons understood that the posts needed to be appealing to the potential new members. So she ensured that at district meetings, post officers would report on Four Pillars activities. That motivated posts to examine their priorities and focus more on their programs related to the Four Pillars.

“I wanted to know what they were doing about the Four Pillars because membership is not just the numbers of who you're getting in, it is about retention,” she said. “It's all connected. We had to make our posts better to make our numbers grow.”

The next step was a mailing revitalization. Of the 1,700 cards that were mailed, about 450 immediately transferred into a local post. “That got the posts excited because all of a sudden this revitalization gave them a bump,” Clemons said.

That early success paved the way for the next step: a calling and texting revitalization.

As a Gulf War era veteran, Clemons understands the struggles of trying to reach Post 1000 members. Many only have cell phones. Many won’t respond to a phone call because they are at work, busy with family or don’t recognize the number.

So Clemons crafted a text message that succinctly explained who she was and that she could transfer them into a local post. All she needed from them was a confirmation via text.

Clemons estimates that she received 35 confirmations of the approximately 100 texts she sent out. It was important for her to connect with the younger generation of veterans.

“We need to start focusing on bringing the 9/11 generation in because right now we have to get them trained and mentored so that they will be able to carry on the Legion,” she said. “I think we're making it better.”

As successful as the experiment with modern technology was, she also values traditional face-to-face recruiting.

When discussing The American Legion with prospective members, Clemons focuses on the breadth of programs. She talks about Boys State, American Legion Riders, scholarship opportunities, children and youth programs, flag advocacy and whatever else until she finds that connection. “You have to find what their interests are; just keep talking until you find that match,” she said.

In retrospect, Clemons is proud of the support her plan received even though there was trepidation at first. “Everyone was shocked,” she said of the 117 percent rate. “In the beginning, no one thought my plan would work. Everyone said a revitalization can't possibly do that.”

Looking ahead, Clemons envisions her area — and the entire department — hitting 100 percent membership for the coming year. But the actual number isn’t the most important result.

“I want us to make 100 percent again and have every post hit 100 percent,” she said. “But I think even more than just numbers, I want every post to be an extraordinary post where no matter where you go in California you walk in and everyone feels welcome. And that we are participating in every program because then membership won't be an issue. It will be automatic.”