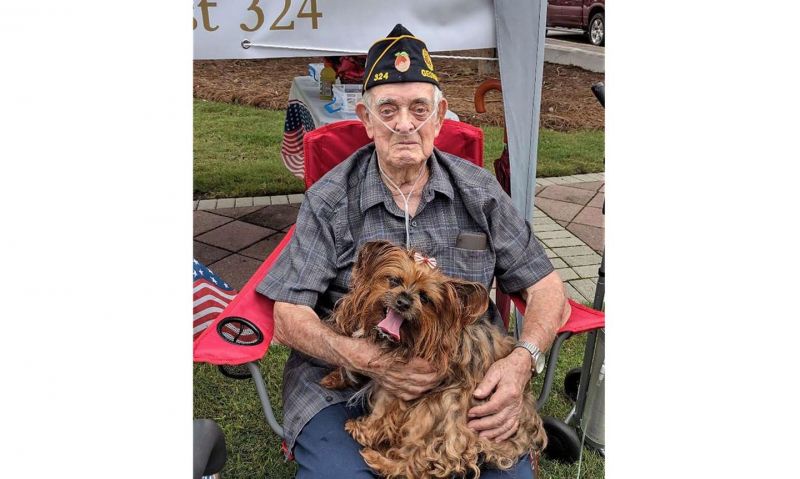 World War II Army veteran and Bronze Star recipient Johnnie Shiver helped found American Legion Post 324 in Moultrie, Ga. So when the Legionnaire needed help with renovations to his home following a hospitalization, he knew where to turn: the support network of veterans ready to assist one of their own.

Members of Post 324’s American Legion Family teamed with others in the community to make repairs to and then clean up Shiver’s home. There had been mention of Shiver having to move into a nursing home following his release from the hospital because of the condition of his house, which Post 324 Commander Geoffrey Martin said didn’t sit well with the 94-year-old.

So Martin reached out to fellow post members and local businesses and individuals in the community, including pest control specialists, a tree removal service, and a local carpenter and plumber. Members of a local church cleaned and reorganized Shiver’s home.

“It feels good. It feels like the little things we’re doing are successful, worthwhile and are helping people,” Martin said of being able to assist Shiver. “I’m grateful for all the folks in the post that are able to make all these things happen … and the ways they fill in all the gaps that needed to be filled in and make it easy for me. It’s awesome how (helping Shiner) kind of was going full circle for him and the post.”

Past Post 324 Commander Tom Davis was at Shiver’s home when the veteran returned there. “He was just amazed,” Davis said. “He had to stop and say ‘Am I in the right place?’ That was the look he had on his face when he saw it.”

Shiver, who has become a regular face and sound at various local patriotic events through the years with his playing of taps, is back to attending Post 324’s meeting. Davis said Shiver – who fought in the Battle of the Bulge and later re-enlisted to serve in the Korean War before receiving a hardship discharge – was more than deserving of the assistance he received.

“Johnnie has worked most of his adult life for the veterans, and for the last few years strictly with The American Legion,” Davis said. “He helped out all the young (post) commanders and adjutants. He was just a wealth of information. A person like that, we were glad to get in there (and) assist him in this thing. The guy’s just phenomenal. He really deserves anything he gets.”