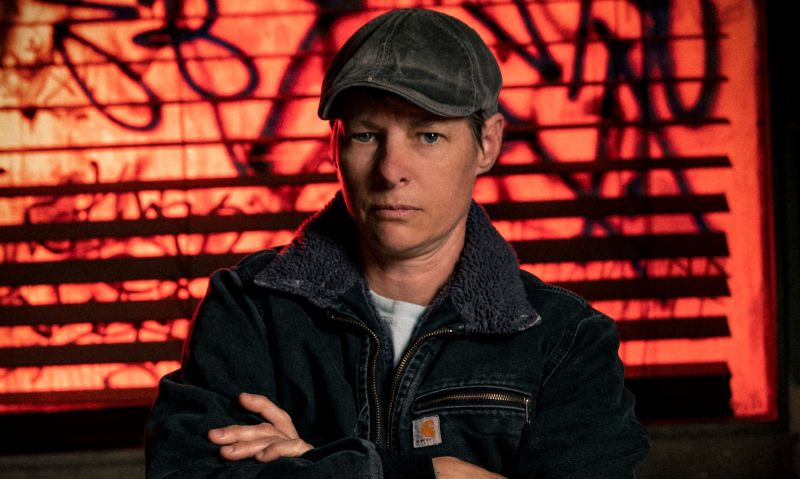 Lia Mort was one of 12 contestants in “Tough as Nails” season 3, a reality television show aired on CBS. From the beginning of the show, the Richfield, Pa., Legionnaire had the mindset of wanting to just have fun. “I was like, ‘Let’s just hold on to this for as long as we can and do the best we can and let’s see what happens,’” said Mort, a Legion Rider and member of American Legion Post 25 in Selinsgrove, Pa. “I already made it on the show, so anything else was just icing on the cake.”

“I was just there to have fun,” Mort said of her time on the show. “I didn’t even consider that I was going to win. I just wanted to stay in as long as I could so I could do more fun things. It still doesn’t feel real. It’s still unbelievable.”

“Tough as Nails” is hosted by Emmy Award-winning producer Phil Keoghan from the reality television series “The Amazing Race,” who serves as executive producer alongside his wife Louise. The show tests the competitor’s physical strength, endurance, life skills and mental toughness in a series of team, individual and elimination challenges that take place at real-world job sites.

Mort applied to be on the show after watching the first season, which premiered July 8, 2020.

“I was like, ‘Oh I could do that. I’ve done that. I’d like to try to do that.’ Then I said I’m going to put in an application,” she said. As part of the application process, Mort had to make a video of herself doing physical strength work as well as answer a lot of questions. She received a call from one of the show’s producers and made it far into the interview process “until I got that email that said, ‘Sorry, if you’re getting this email you haven’t been selected.’ I got pretty far so I was happy with that.”

But it wouldn’t be the last time she heard from “Tough as Nails.”

While on the couch with her husband watching season 2, Mort received a call from “Tough as Nails” Casting Director Jenny Hope asking if she wanted to be considered for season 3. “I was like, ‘Oh my gosh yes!”

Mort flew to Los Angeles and went through more extensive interviews to be selected. She was named “Jill-of-all-trades” for season 3, where the first of 10 episodes aired Oct. 6, 2021.

Mort said she was physically prepared for the show’s competitive challenges because of her military background, time as a professional firefighter, and experience in construction and farming. “I don’t have anything in my head that says I can’t do it. I just love life. I get excited to try new things, challenges,” said Mort, who served in the Marines from 1986-1990 and then joined the Army Reserve in response to 9/11 where she deployed twice to Iraq (2003 and 2009) and then to Afghanistan in 2011 as a civilian for the Army.

The final challenge of “Tough as Nails” season 3 had four contestants, including Mort, racing through obstacles with shipping containers while doing physical labor challenges. The first contestant to grab the keys to a Ford truck sitting on top of a shipping container won.

With keys in hand, “I cried for a second. I knelt and I was like thank you Lord. Because no way could I have done that without His angels, someone carried me along there,” said Mort, who has lost both her parents. “My mom was an invalid when I was a child, so we cared for her. I’ve been told (prior to her illness) that she was high energy, always positive and a go-getter. I feel like I’m living life for both of us since she didn’t get to.”

It’s that positive, energetic personality that has Mort excited for what has followed since her win.

She asked her fellow 11 competitors to pick a charity that’s meaningful to them, and Mort is donating $5,000 of her grand prize earnings to each of those charities. “When you’re blessed, my husband and I have a roof over our head and food on the table, so I wanted to take some of the money be a blessing to others,” she shared.

She also is launching a podcast with fellow competitor and fire captain Kalimba Edwards called More Than Tough. They will interview past contestants and production crew from the show.

“Everyone was so positive, the crew, the cast, the host, his wife. Everybody was so supporting and encouraging,” Mort said of “Tough as Nails.” “It was such an experience that I just want to share that excitement and energy.”

Mort also plans to build an obstacle course on the 13-acre farm that she shares with her husband, like the one on set for people to try, including veterans. The show “woke me up that I don’t feel like I’m doing enough in my community. Not everybody is going to go on the show, so I want to share that energy and the challenge was fun. I want to keep it going.”

And despite her busy schedule ahead, Mort will continue supporting her fellow veterans through her service as an honor guard member of American Legion Post 25.

“It’s a privilege to be able to honor those who served at their final goodbye,” said Mort, who feels it’s important for veterans to serve on the honor guard and pay final respect to their fellow brothers and sisters. “It is an absolute privilege. I’m just trying to get involved (at Post 25) and be supportive of veterans, help out where I can.”