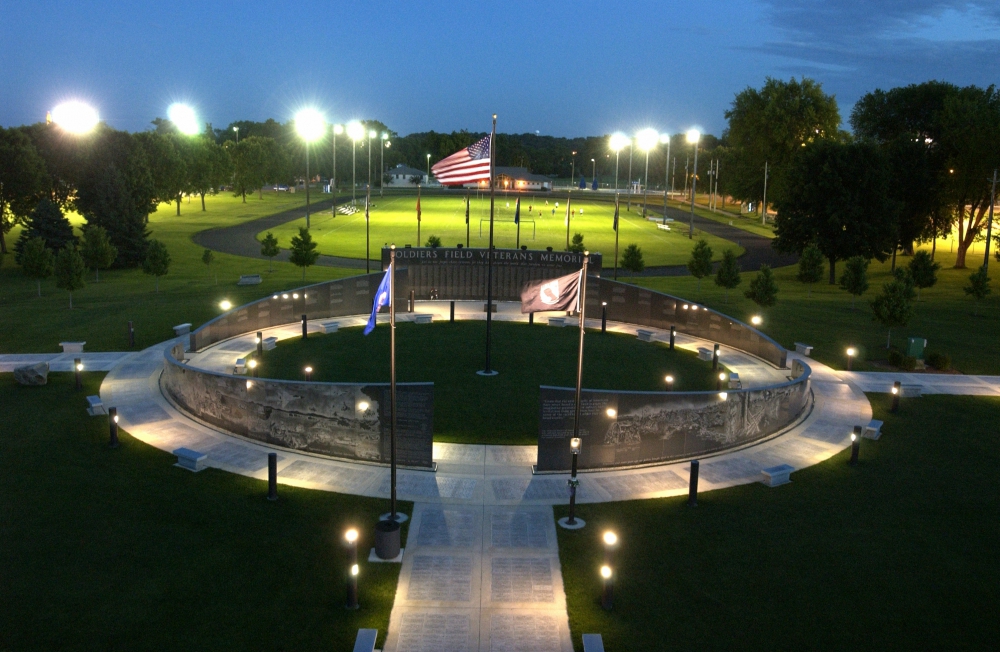 A Memorial valued at six million dollars that contains four granite walls that contain graphics of terrain, vehicles, aircraft, and conditions from the Civil War to the Gulf War on the outside walls and historical facts, primarily military,from the Revolutionary War to the Gulf War on the inside. The complete history of the American Flag, including pictures, is contained on granite markers inside the walls. There is a statue of a widow and child receiving notification of the death of their loved one inside the walls and behind the Wall of Remembrance there is a statue of a Medic and a Nurse treating a wounded soldier. The Memorial fly's the six Flags of the Armed Forces, including the Merchant Marine Flag,the US Flag, Minnesota State Flag and the POW/MIA Flag. The sidewalks within the Memorial contain the names, including their branch of service and when they served, of 6000 U S Veterans and our Allies. The Memorial also has a WW I Canon, an Iraq Anti Aircraft Canon, 50 matched Blaze Red Maple Trees, four benches to honor the four flights on 9-11 and a black bench to honor and remember the POW/MIAs. The focus of the Memorial is as 12 foot high by 52 foot long wall of granite that contains the names of 3000 Veterans from S E Minnesota who died as a result of injuries sustained in the service from the Civil War to the present. The Memorial is dedicated to all who served and in honor of those who gave the ultimate sacrifice for our freedoms. This Memorial was built without any tax dollars and includes a $500,000.00 perpetual care fund where the interest is dedicated to the upkeep of the Memorial. 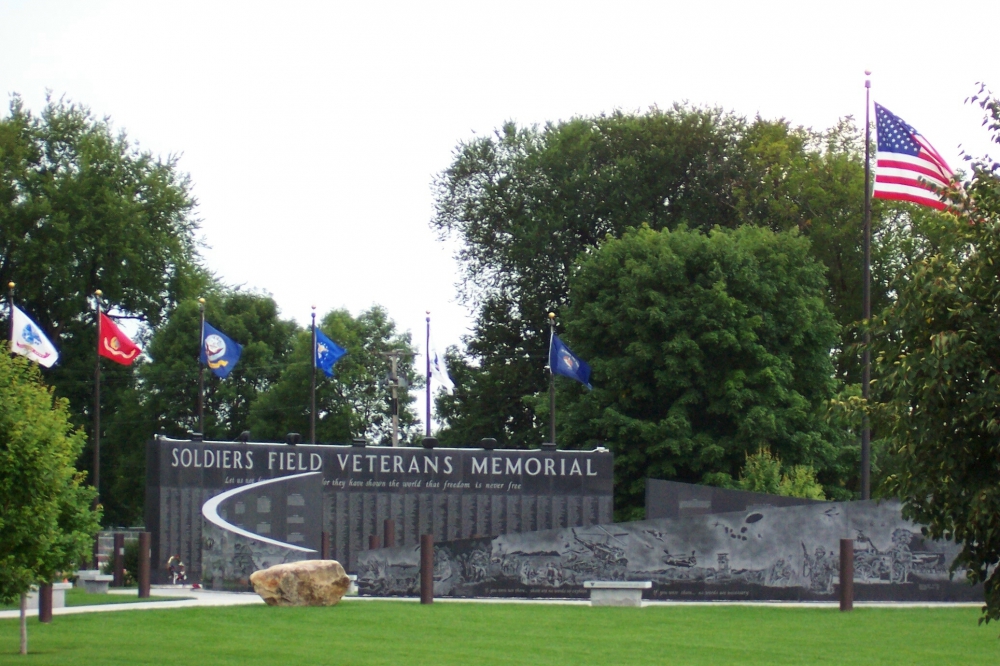 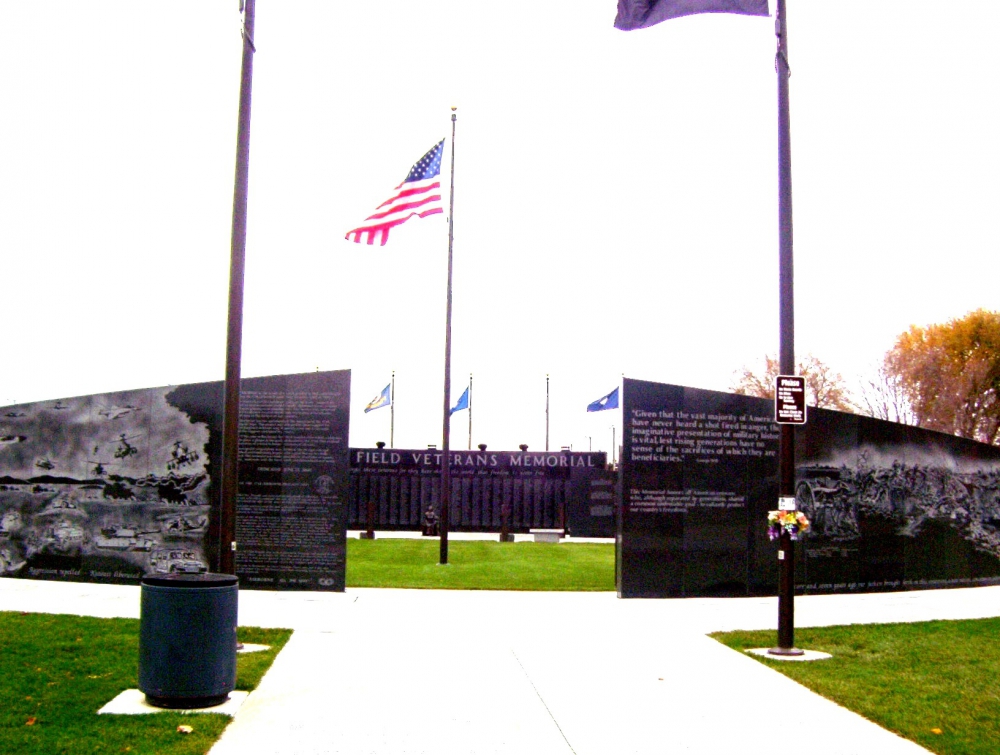 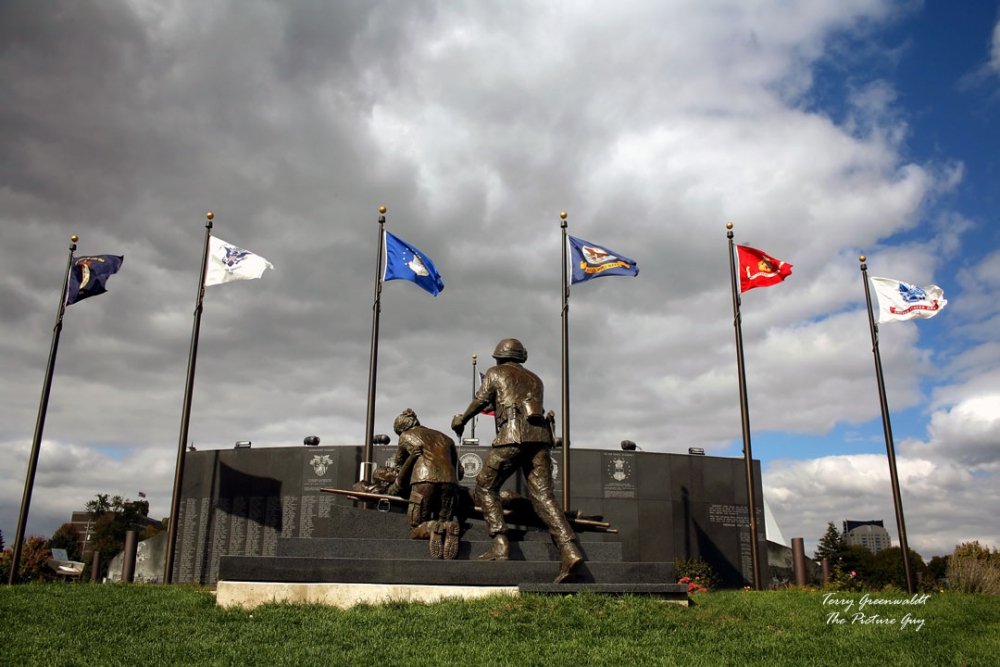