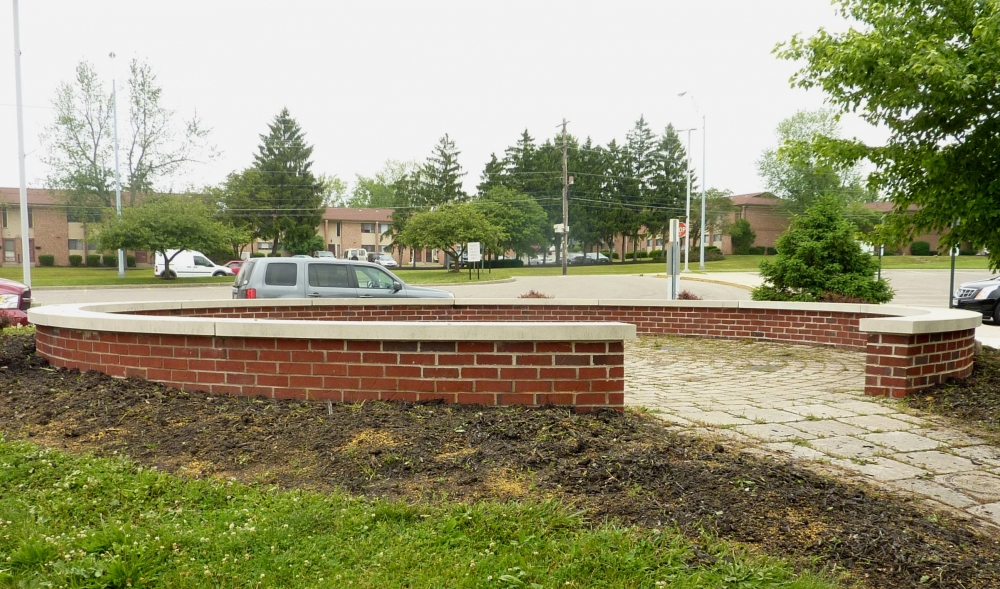 The Fallen Heroes Veterans Memorial is located in front of the Reynoldsburg High School at the Livingston Avenue campus. The memorial project originally began back in 2007, after high school alumnus Captain Mathew Mattingly was killed in action in Iraq on September 13, 2006. A few of his friends decided on creating a memorial to honor his service to our nation. With the blessings of the Reynoldsburg school board, the project soon expanded to include all Reynoldsburg alumni who had served in the U.S. Armed Forces and had made the ultimate sacrifice while in action. A stone for each of the eight such veterans, serving from World War II to Afghanistan, was laid and made a part of the memorial. It was completed and dedicated in the fall of 2008. In the years since this memorial was created, nothing was done to maintain the site. In 2014, The American Legion Reynoldsburg Post 798 decided that it was time to do something about this. The post officers met with the Reynoldsburg High School Board, and a Memorandum of Understanding was signed for the project to begin. After some delays, renovation was started in 2016. The site will be renovated and modified to include two flagpoles and an obelisk that will list all of the Reynoldsburg High School alumni from all wars who made the ultimate sacrifice for our country while in uniform. Those killed in action (KIA) will be so designated by an asterisk (*). Dedication of the renovation is targeted for Veterans Day, 2017. The site will serve as a tranquil place of remembrance and reflection for community members and especially for the young adults of Reynoldsburg High School. The service and sacrifice of our community’s service members who gave their lives for our freedom will be set here as a shining example to all those in our city. Veterans of all wars, their families, and their friends have recognized the timeless call to our national treasure, one that they answered to defend our country and her ideals in far off parts of the world.