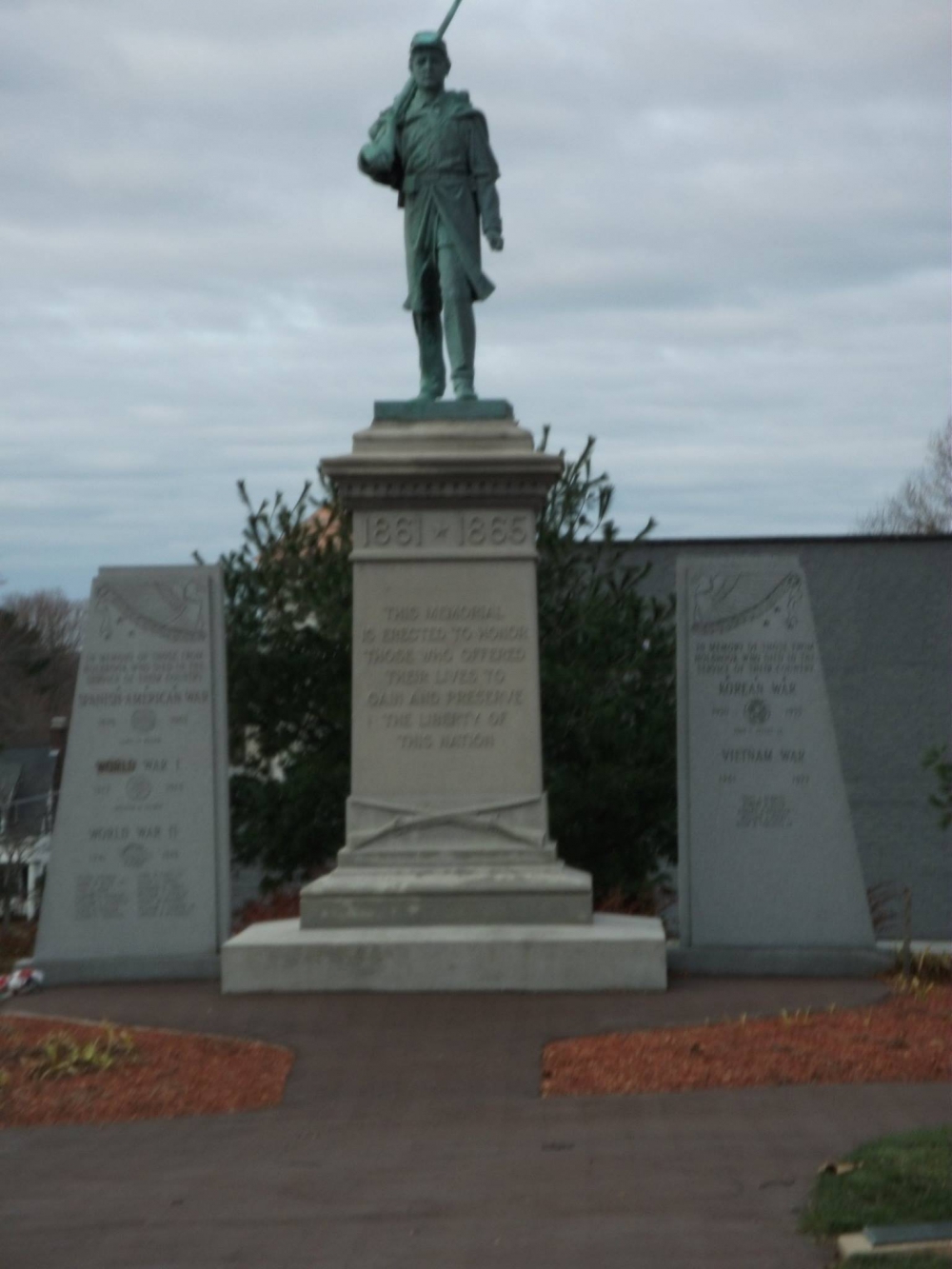 In 1909 the Town of Holbrook, Massachusetts formed a committee to honor the remaining Civil War soldiers remaining by constructing a memorial in their honor in a newly formed park in the center of town, Mary Wales Holbrook Park. The Soldiers Monument was finally dedicated on May 30, 1917. The sculpture was designed by John Horrigan, whose name is at the base of the monument. The sculpture is 15 ft high and 4 ft square. The figure of a Civil War soldier is made of bronze and the pedestal is made of granite. The front of the monument has the following inscription: "1861 1865 THIS MEMORIAL IS ERECTED TO HONOR THOSE WHO OFFERED THEIR LIVES TO GAIN AND PRESERVE THE LIBERTY OF THIS NATION". Two Civil war era Napoleon cannons were also part of the park memorial. In 1989 the names of all the war dead from the town were added. The Revolutionary to Civil War period were inscribed on the actual base of the original monument, and two additional stones were added with the names from WWI to post-Vietnam. The town takes great pride in this small park and the area is meticulously cared for and is in excellent shape. 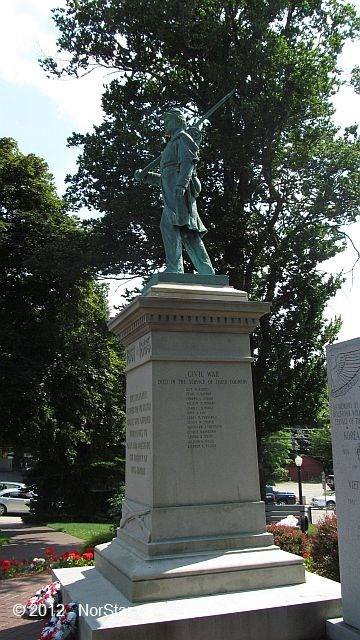 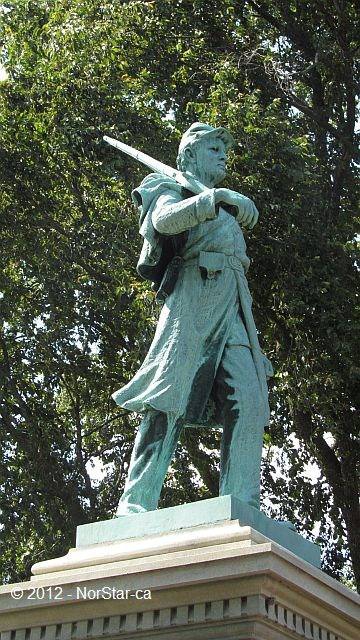 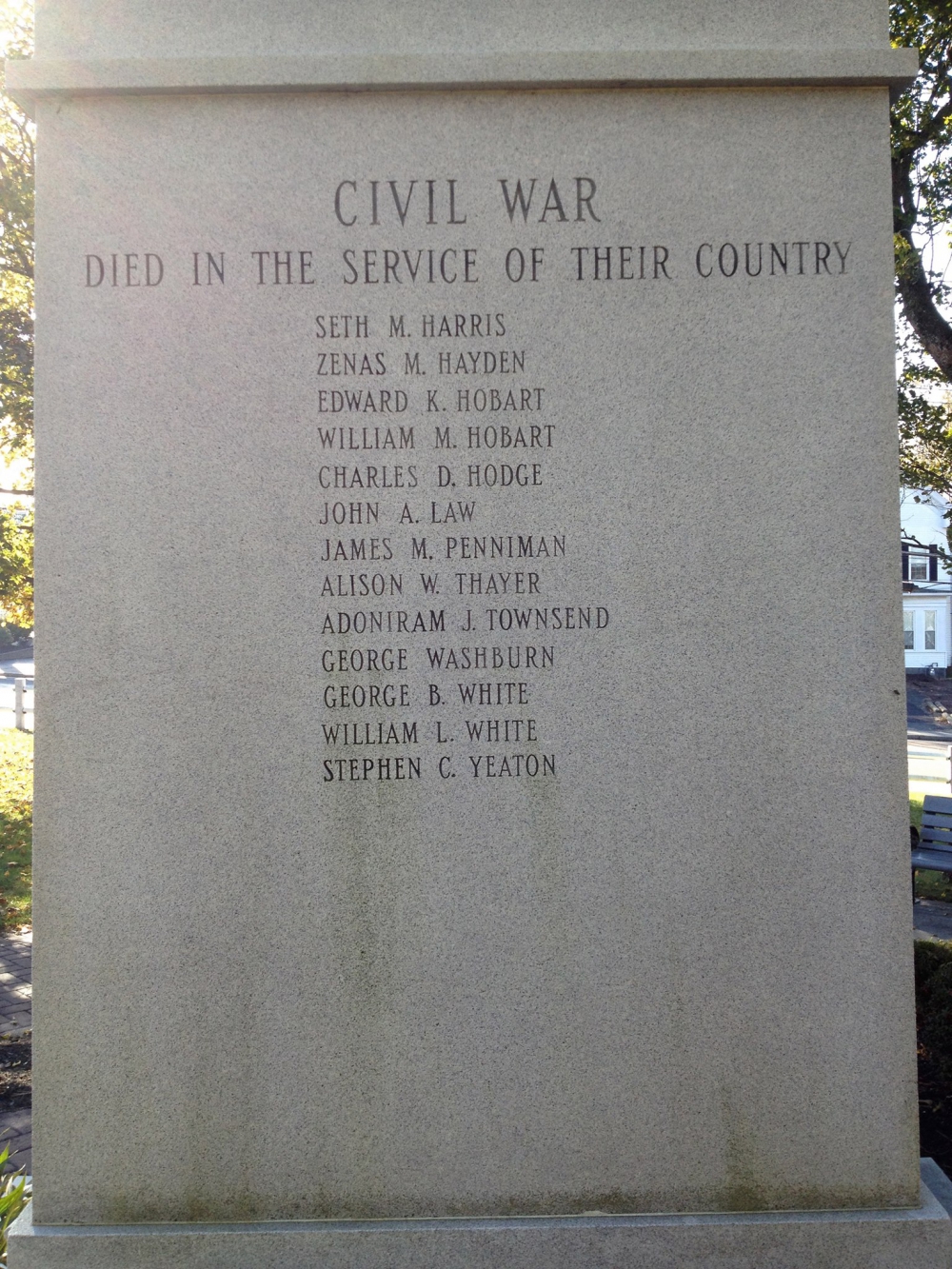 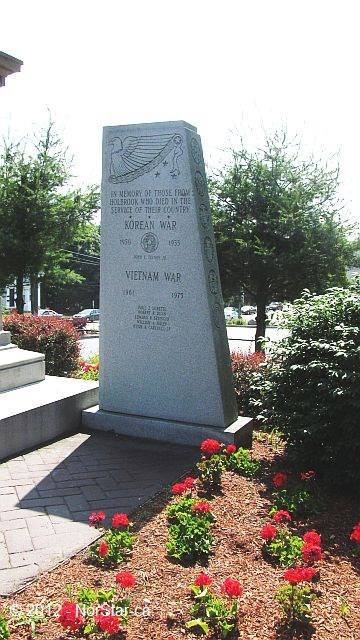 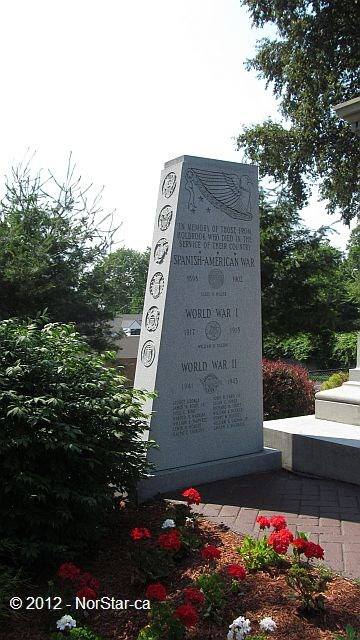 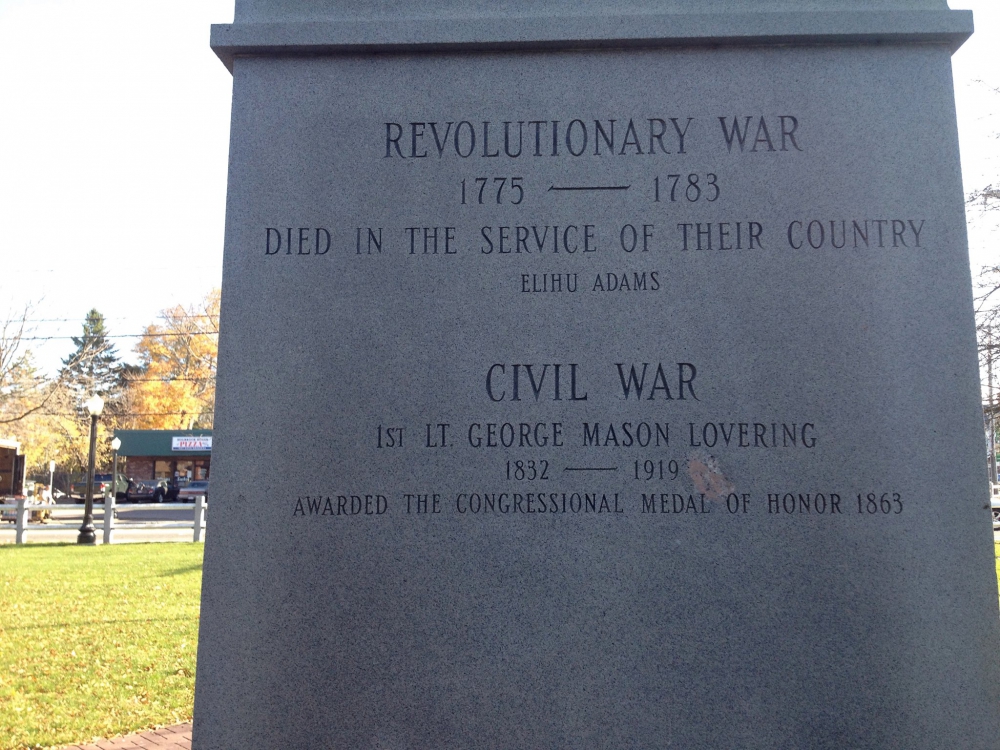 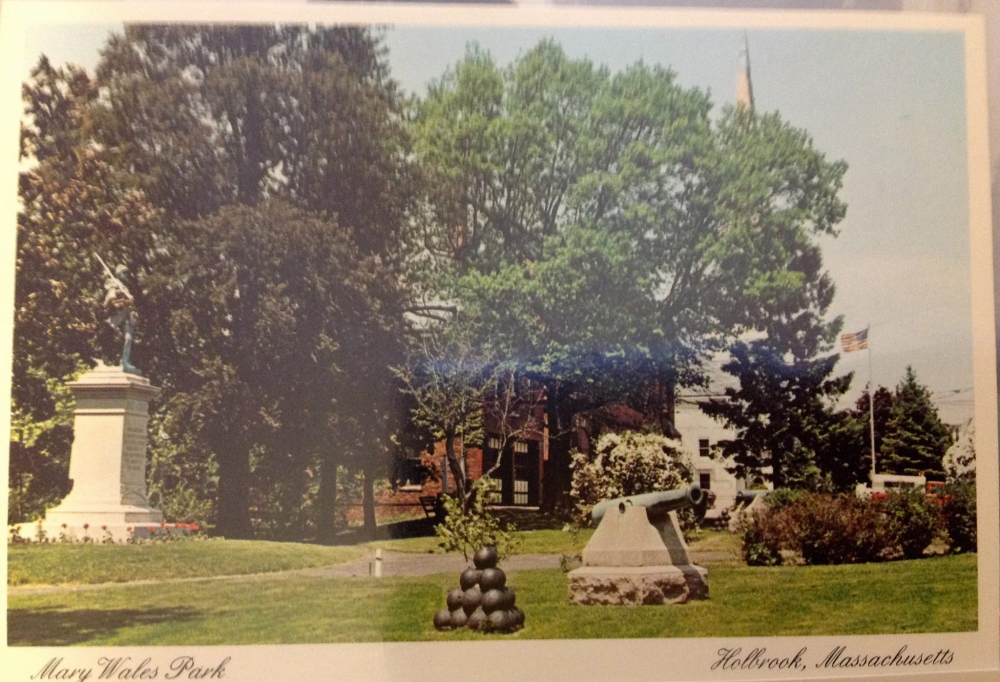 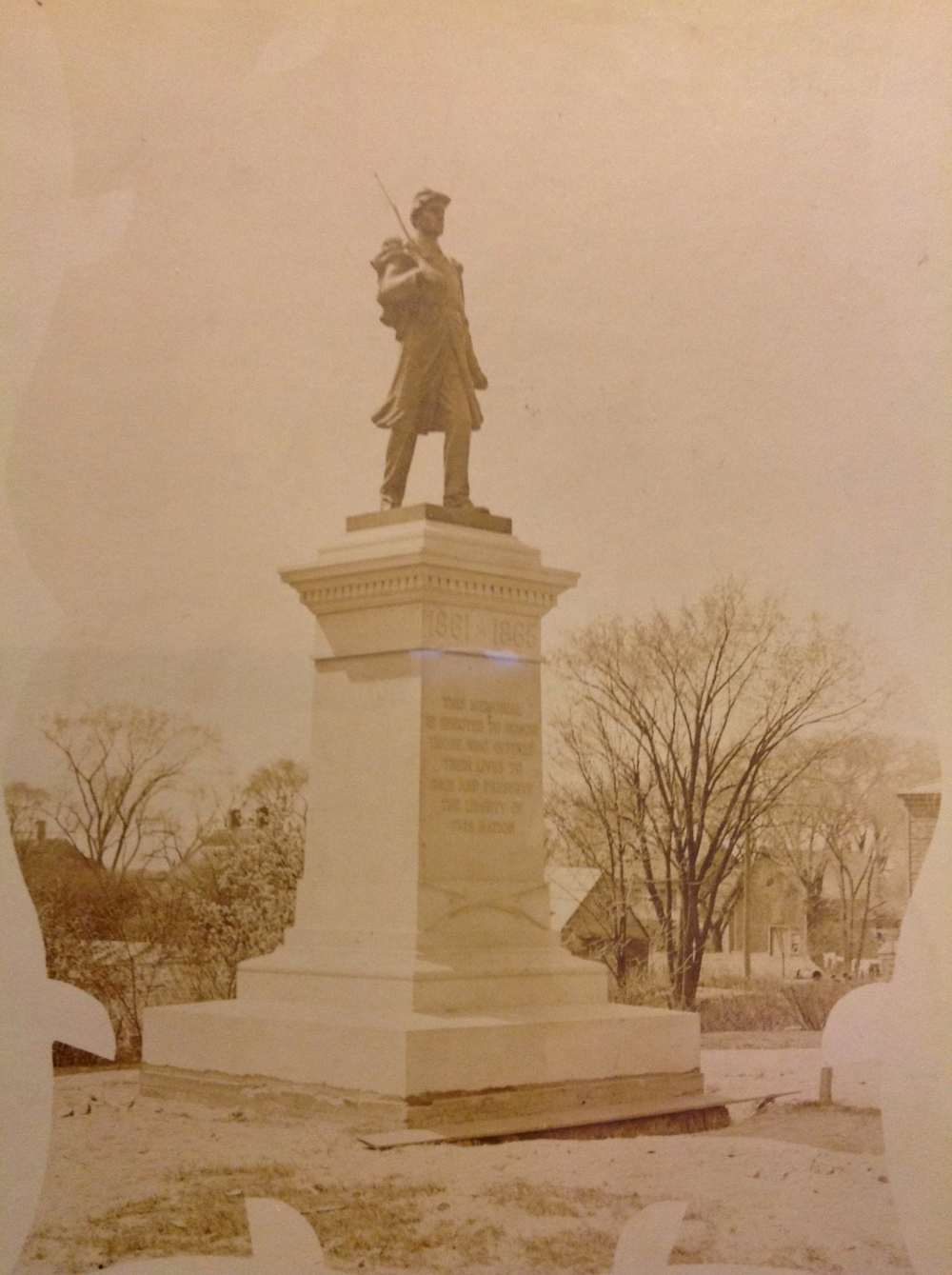 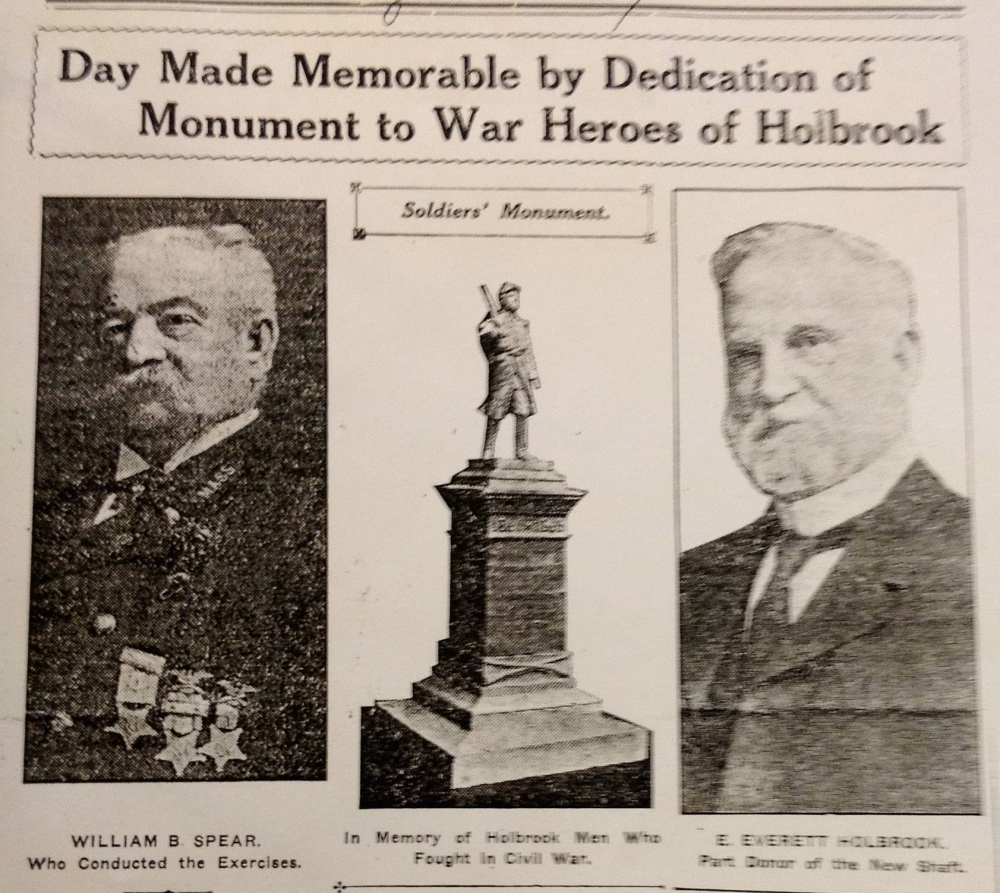