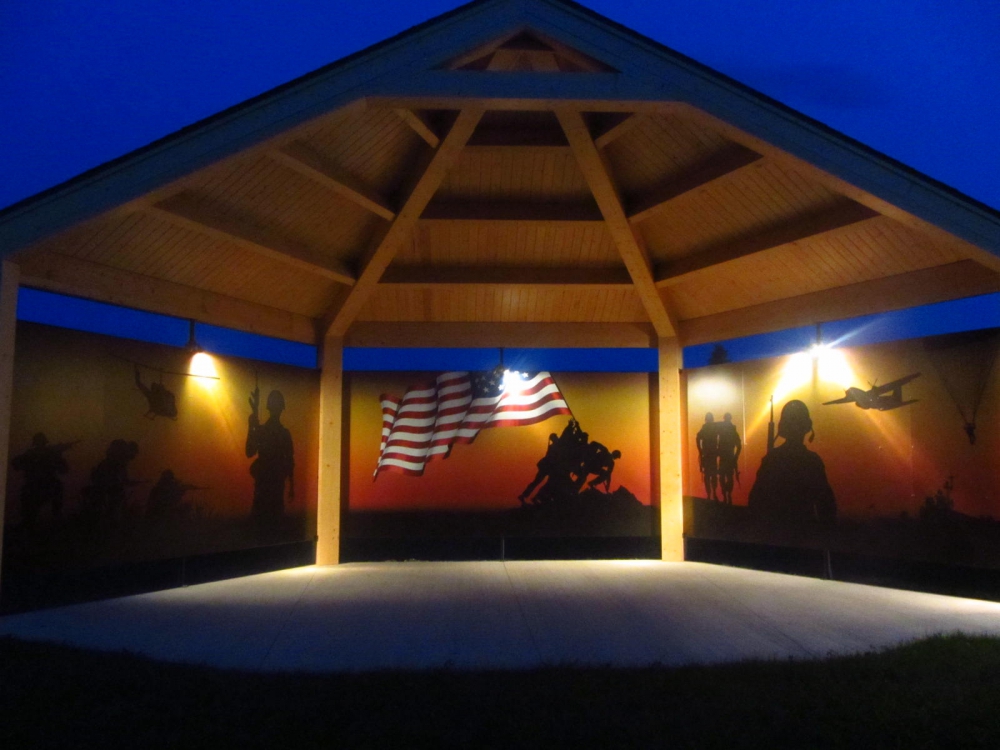 With such a high percentage of military service in the community, an informational meeting was formed to discuss the building of a Veterans Park. On April 11, 2011 a second informational meeting with election of officers was held.The committee consists of 12 community members.The committee began to plan and implement plans to create the Goodridge Veterans Memorial Park. A black granite obelisk was decided on for the monument.A grant from the Northwest Minnesota Arts Council was awarded to the committee for the obelisk with the designs of a local artist that drew the six branches of the military service on the lower portion of the obelisk. Ground work and digging for concrete base for the monument began in November of 2011. A form was sent out to the community and former residents to order etched granite bricks for the two memorial walkways and granite benches to honor a veteran who served in the US Armed Forces with an honorable discharge. As of January 3, 2017, 10 granite benches and 200+ granite bricks are installed in the park. Three flags were then installed, the POW, American, and Minnesota flags. Lights were also installed by flag poles. The next step was the plan of the band shell which another grant from the MWMAC was given to help with the construction. Artwork on the inside walls of the band shell were designed by a local artist. In June of 2016 our last phase of construction was a picnic shelter. The community, fundraisers, grants, donations, and volunteers made this park possible. Our park dedication took place in July 2015 during our towns centennial. Flag day events have taken place at the park and July 29, 2017 will be the 1st annual Freedom Festival at the park. 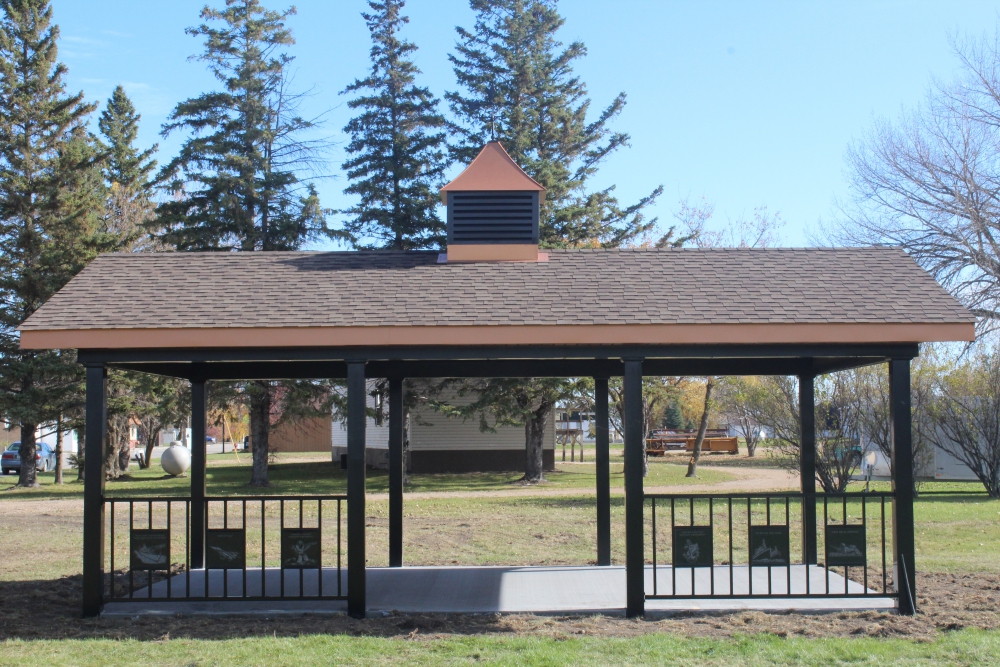 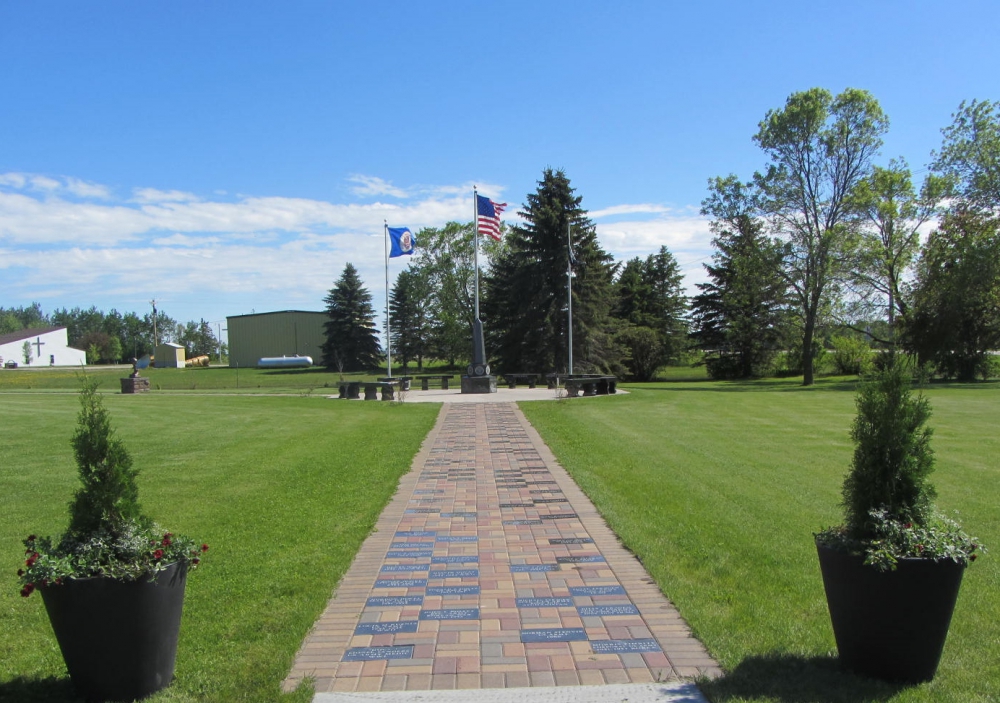 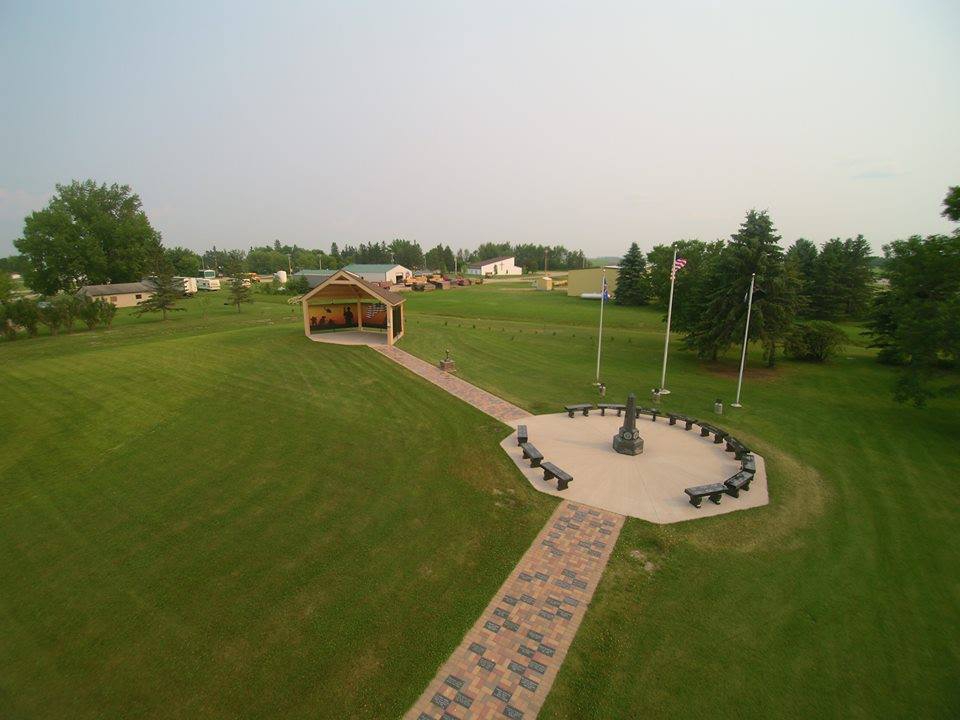 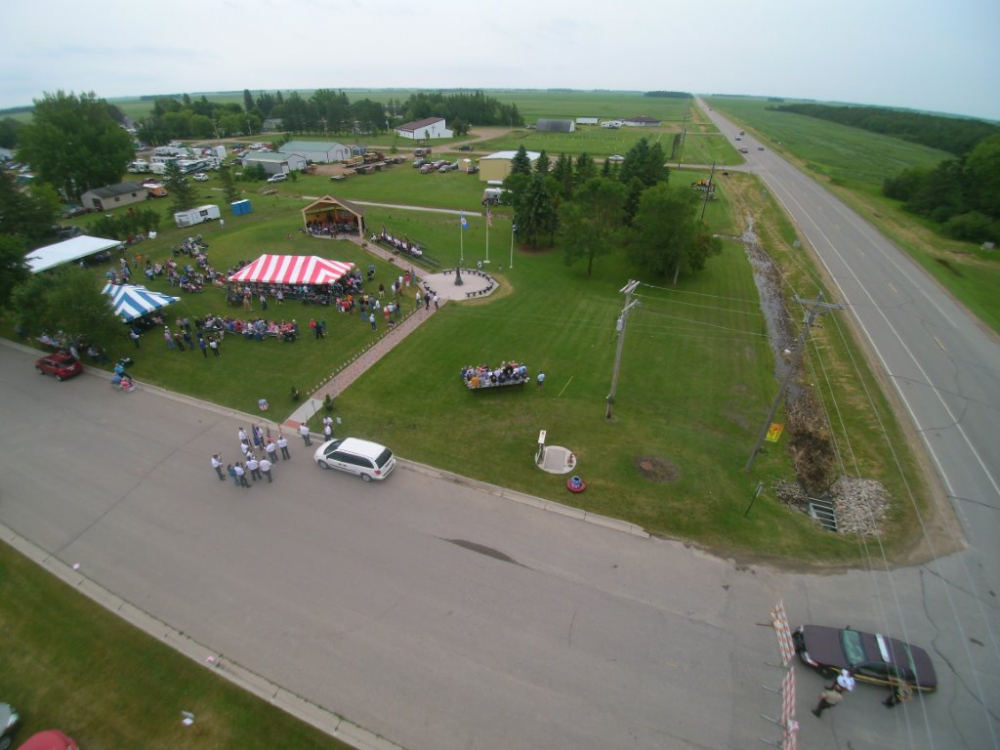 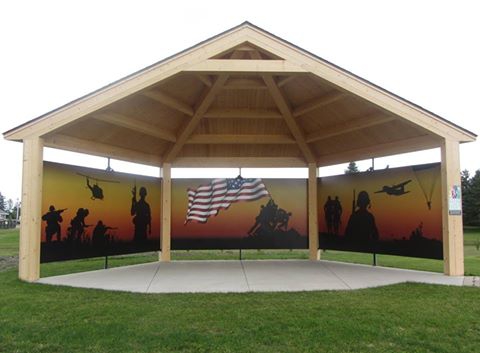 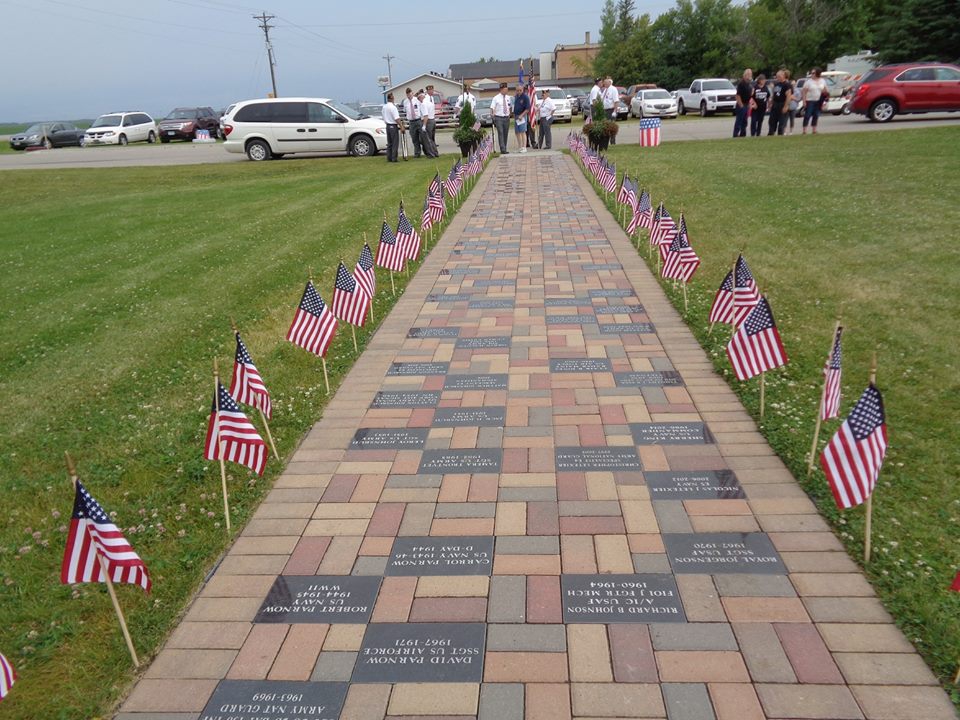 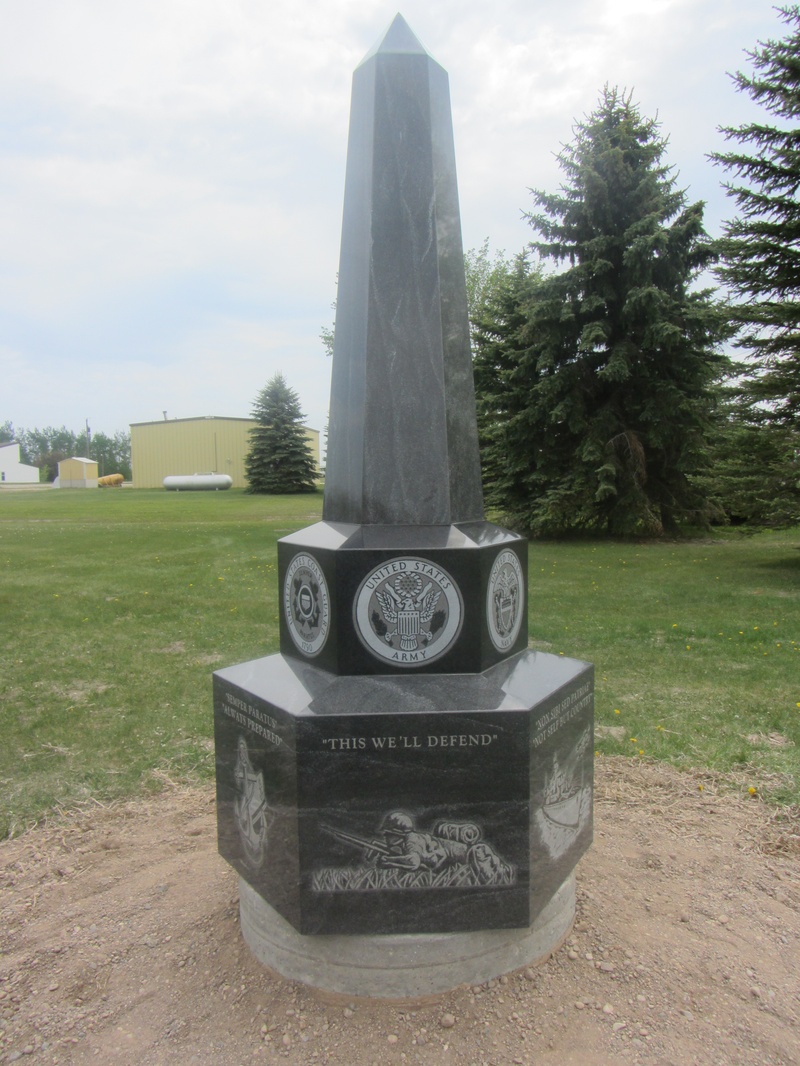 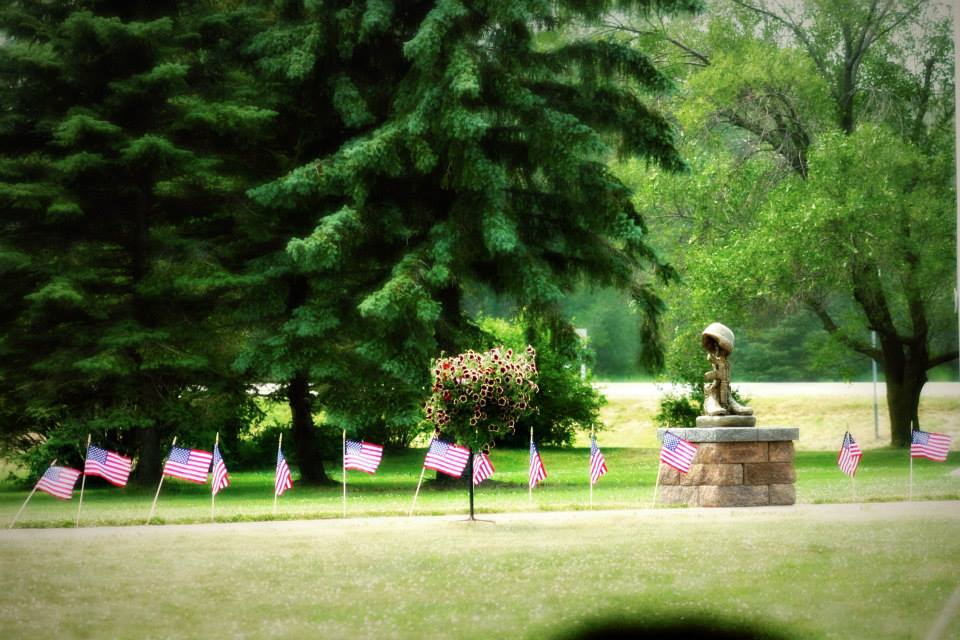 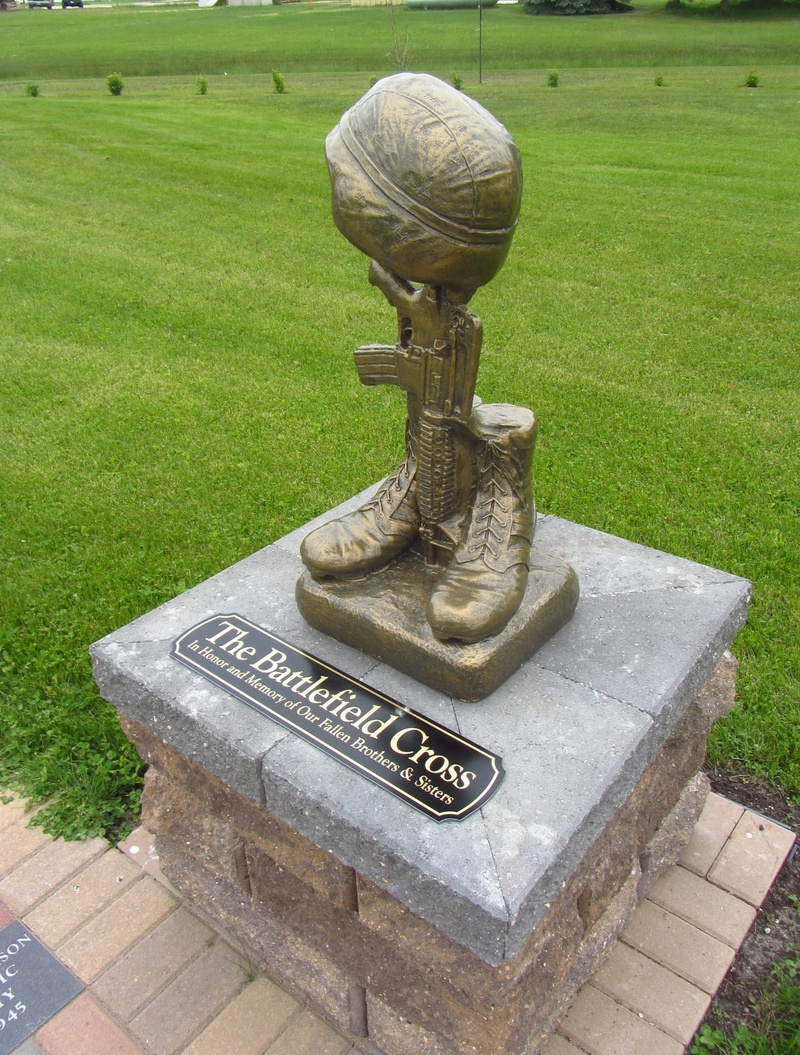