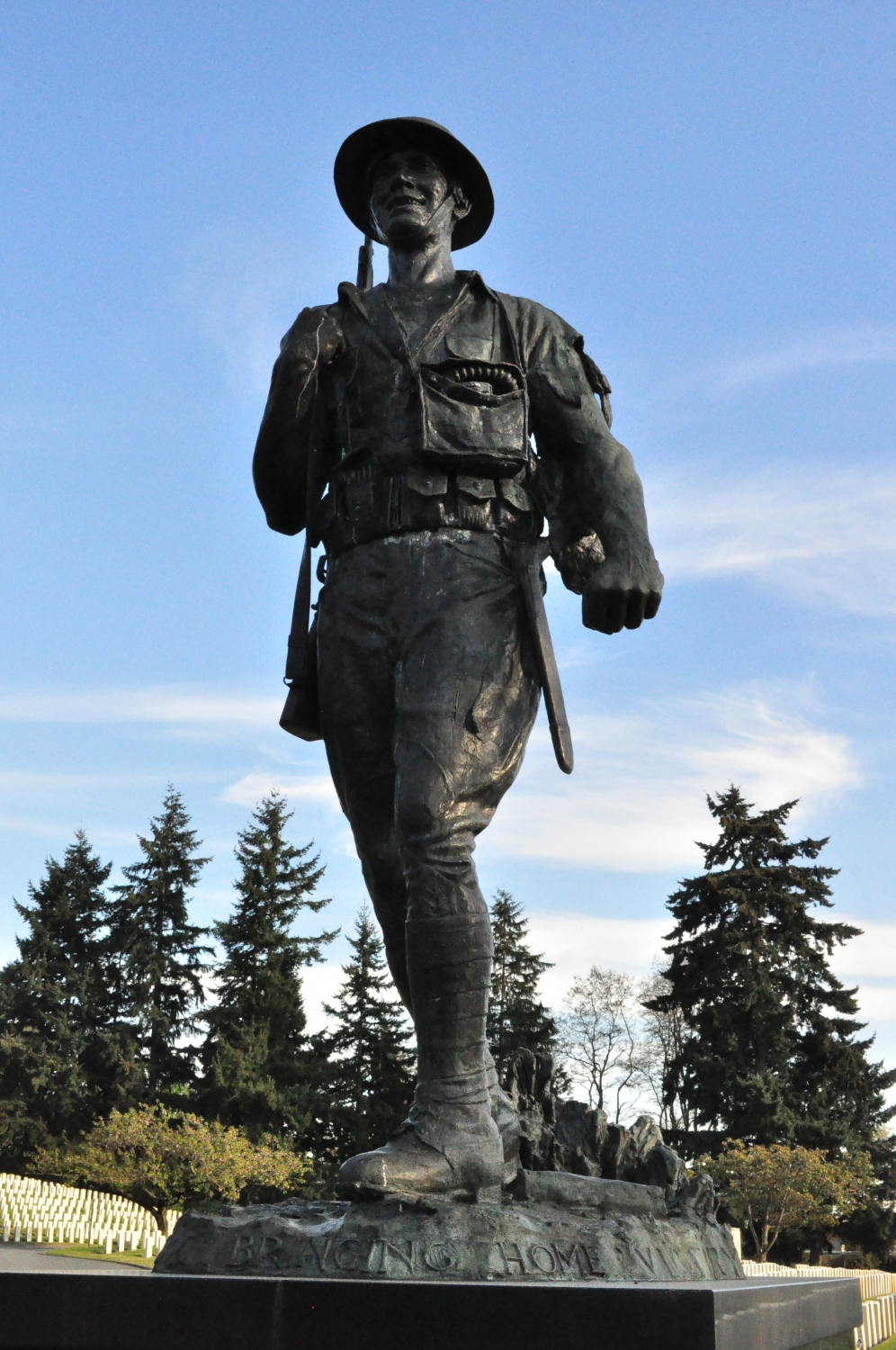 WWI Memorial Doughboy, Evergreen Washelli Memorial Park, Seattle, Washington, U.S. statue Bringing Home Victory by Alonzo Victor Lewis. American Doughboy Bringing Home Victory, also known as Armistice and Spirit of the American Doughboy, is an outdoor 1932 bronze sculpture and war memorial by Alonzo Victor Lewis, originally installed outside Seattle Center's Veterans Hall, and later relocated to Evergreen Washelli Memorial Park, in the U.S. state of Washington. It was originally commissioned in 1921 in plaster and was called American Doughboy Bringing Home the Bacon. In 1932, funds for a permanent memorial led to the dedication of a bronze cast with "certain changes in appearance from the original". The sculpture was surveyed and deemed "treatment urgent" by the Smithsonian Institution's "Save Outdoor Sculpture!" program in August 1994. For the date of installation I had to use the date "Save Outdoor Sculpture", because there is not a complete date that I could locate just the year which was 1932. I place August 1, 1994 for the complete date. However, as I stated earlier I could locate a complete date. I truly hope that this will be excepted.