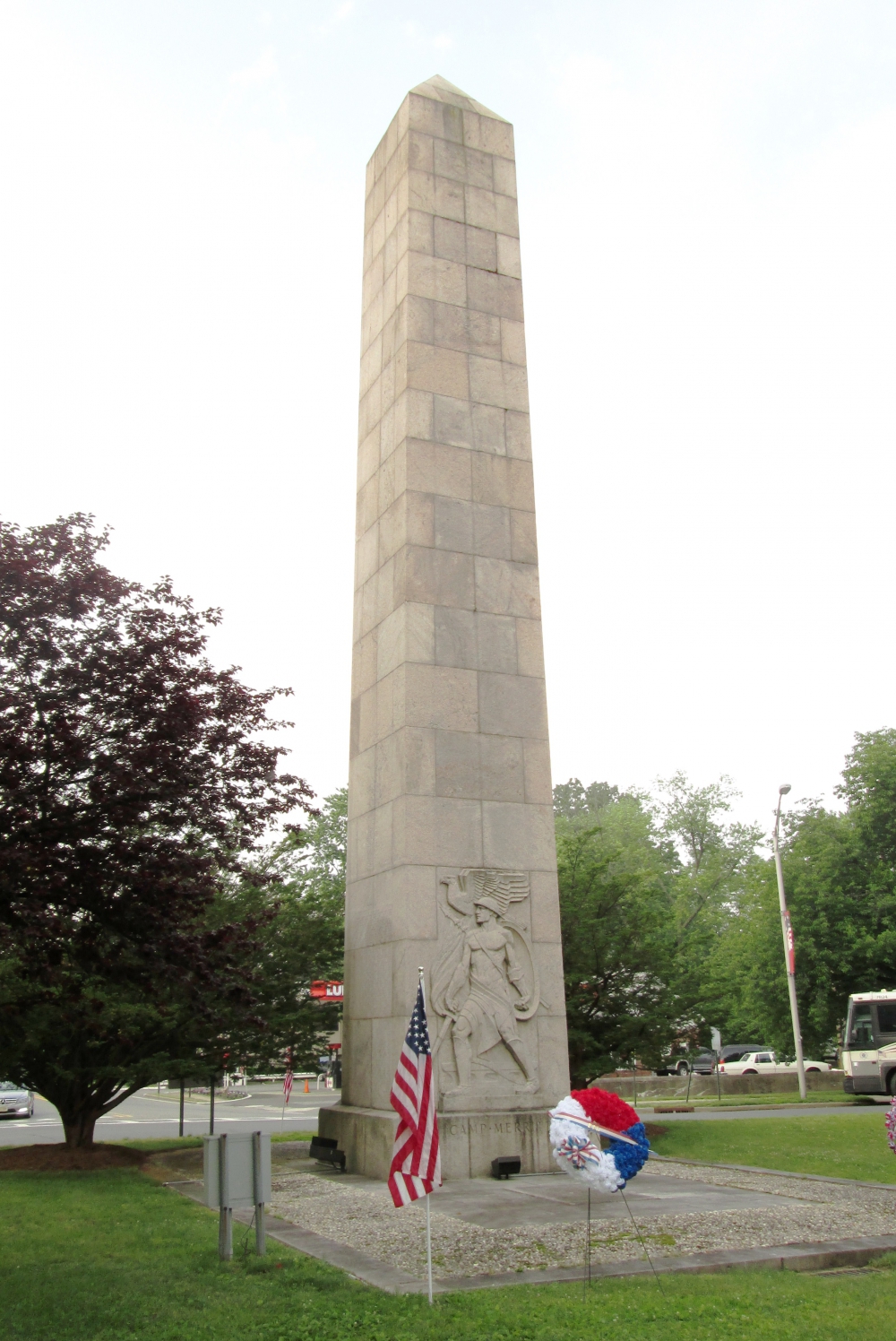 The Camp Merritt Memorial Monument is dedicated to the soldiers who passed through Camp Merritt, New Jersey on their way to fight in Europe in World War I, especially the 578 people – 15 officers, 558 enlisted men, four nurses and one civilian – who died at the camp due to the worldwide influenza epidemic of 1918, whose names are inscribed at the base of the monument. The memorial is located at the borders of Cresskill and Dumont in Bergen County, New Jersey at the intersection of Madison Avenue and Knickerbocker Road (CR 505). Camp Merritt was a major embarkation camp which processed more than a million soldiers, and the monument marks its center. The monument, a replica of the Washington Monument, is a 66-foot (20 m) tall obelisk, constructed of Stony Creek granite. It features a large carved relief sculpted by Robert Ingersoll Aitken, which portrays a World War I doughboy with an eagle above it.Near the monument on a large boulder is a copper plaque designed by Katherine Lamb Tait which has a relief of the Palisades, and in the ground is a dimensional stone carving of a map of Camp Merritt. The memorial monument was dedicated on Memorial Day, May 30, 1924. General John Pershing, Commander-in-Chief of the American Expeditionary Force, gave the dedication address to an audience of 20,000 people.

The memorial is located at the center of the traffic circle on the borders of Cresskill and Dumont in Bergen County, New Jersey at the intersection of Madison Avenue and Knickerbocker Road