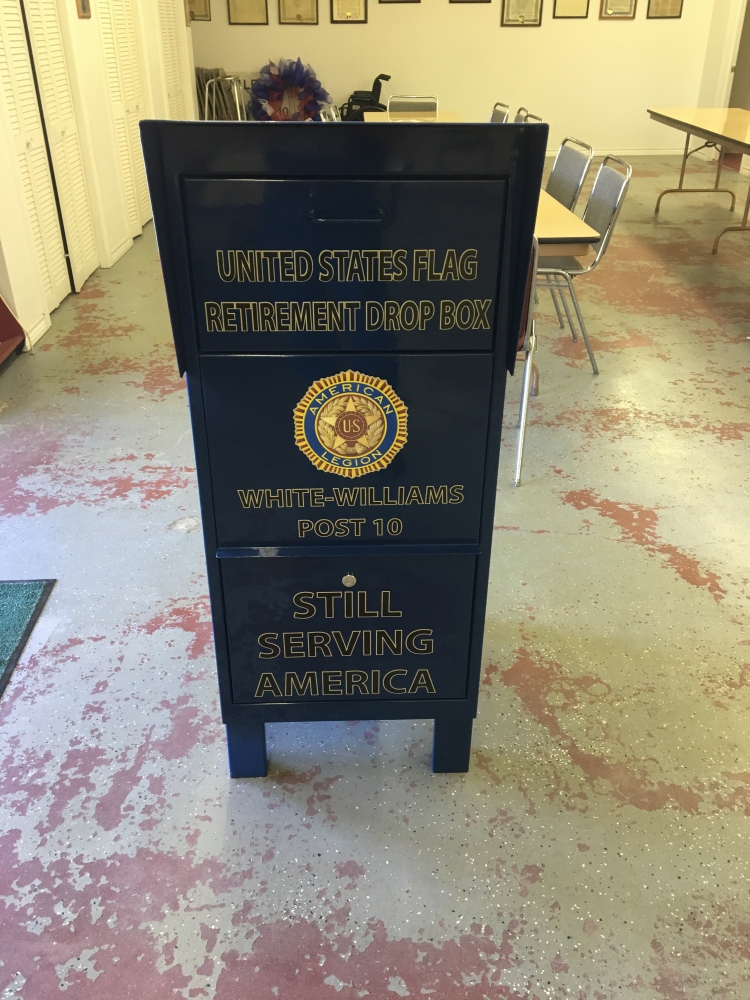 A drop box for unserviceable US flags was installed in front of Post 10, Okmulgee, Oklahoma. It was dedicated in memory of CPL Dimitri Otto whose remains were found and identified at Tarawa Atoll in a mass grave in June 2015. Otto's remains were repatriated at Arlington Cemetery in December, 2015. CPL Otto was a cousin of Charles Otto, one of our veteran members. 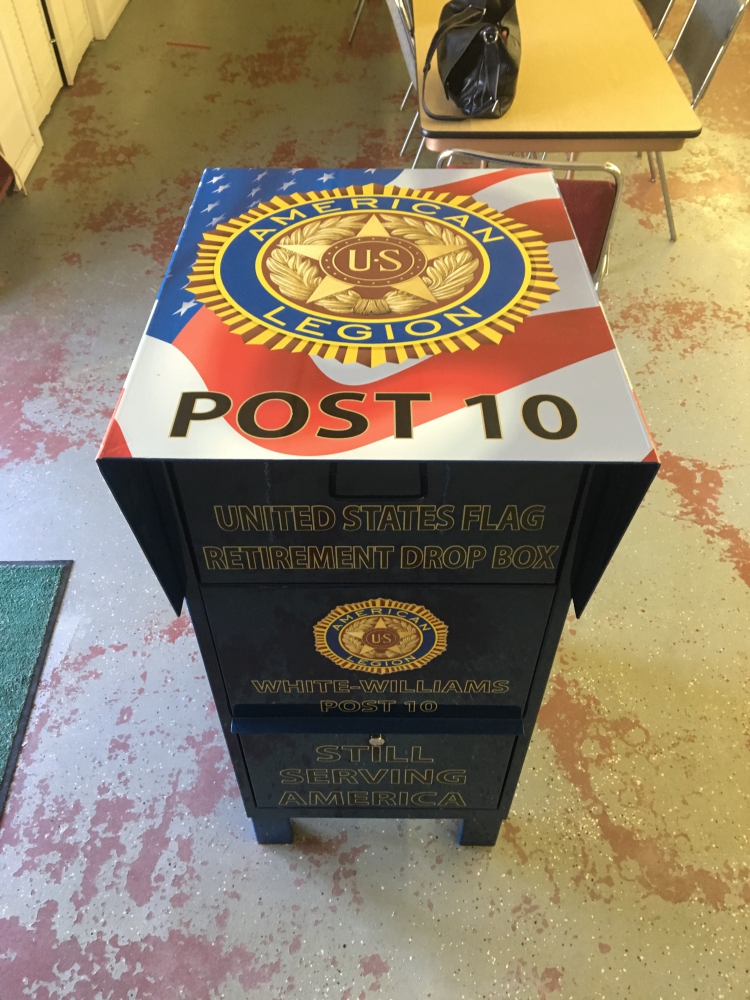 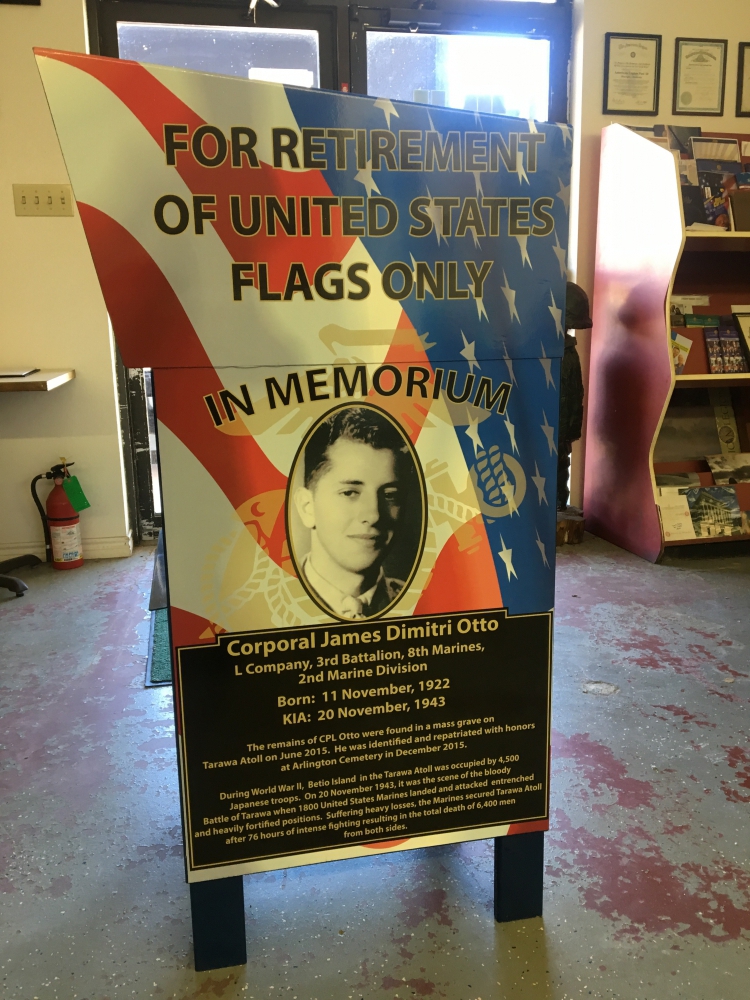 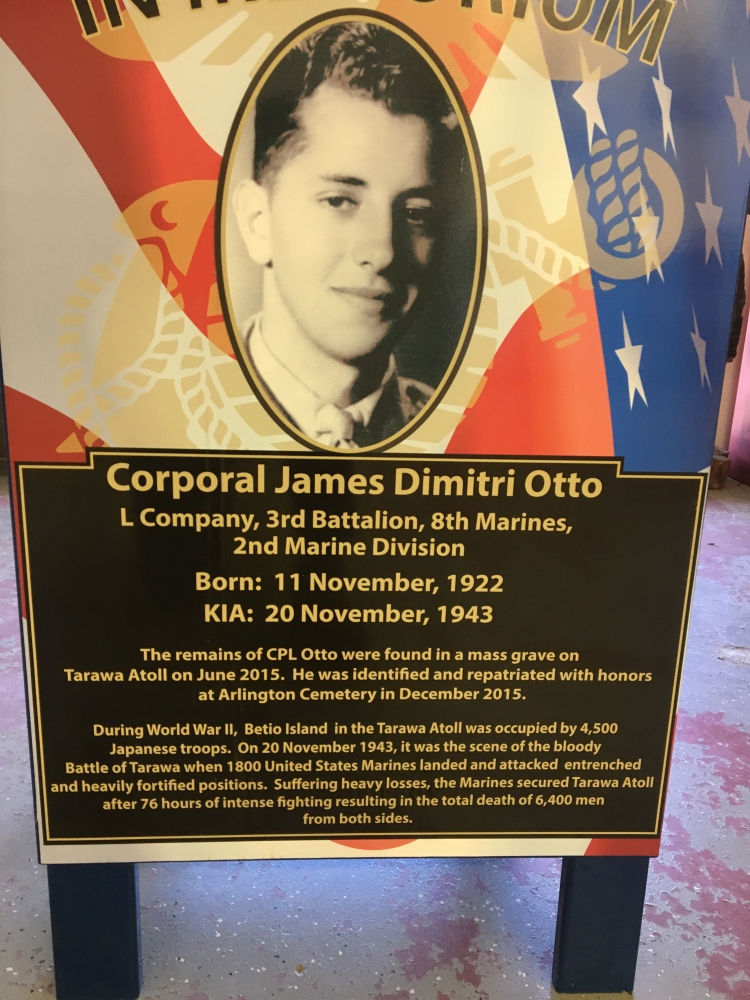 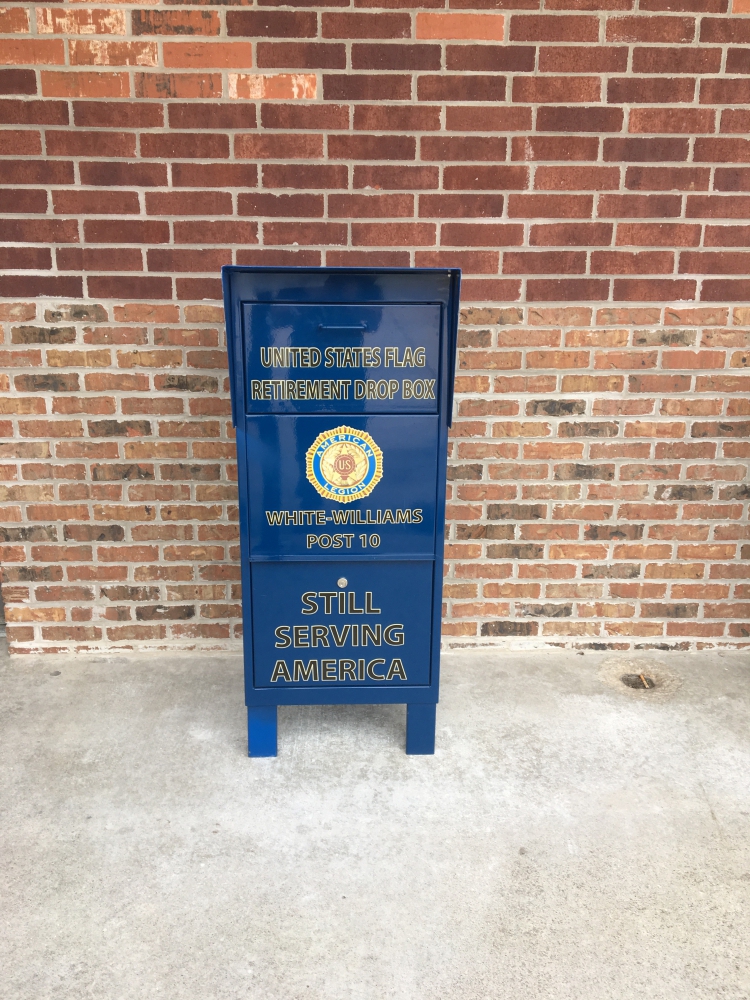 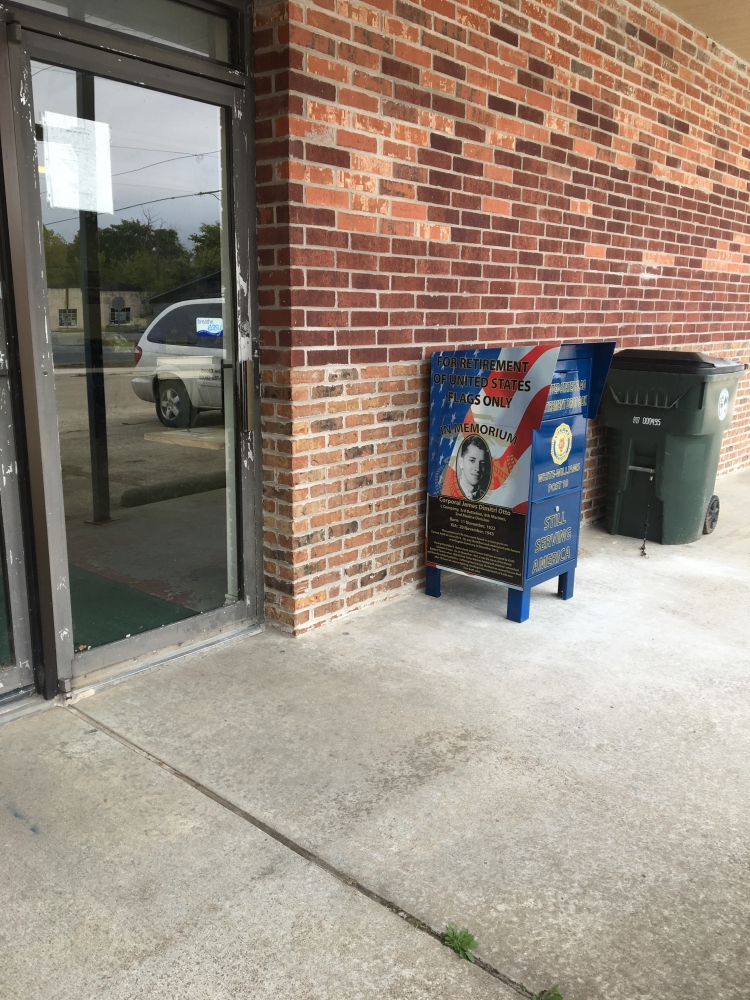