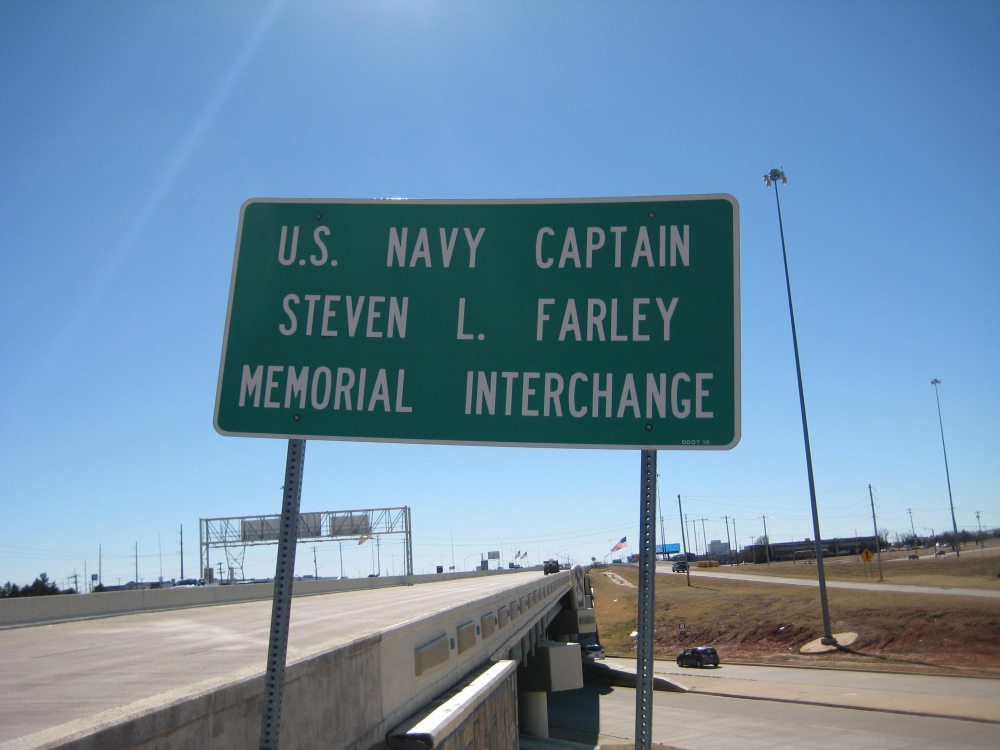 The memorial is a busy interchange on a 6-lane divided highway along the Broadway Extension, a major north-south roadway connecting Oklahoma City and Edmond, Oklahoma. It sits at the apex of the convergence of 3 principal routes - the Broadway Extension, E. Memorial Road - a major east-west roadway, and Kelley Avenue – a north-south traffic artery. The Memorial Interchange was designated in 2010, to the memory of U.S. Navy Captain Steven Lee Farley, who was killed on June 24, 2008, while serving his country overseas in Iraq. He and 3 other Americans were killed when a bomb exploded about 9:30 a.m., in the District Council Building in the Baghdad enclave of Sadr City. He was serving as a State Department employee on a provincial reconstruction team, helping to rebuild and revitalize local government infrastructure, at the time of his death. He was from a military family, graduated from high school and university in Edmond, served as an enlisted soldier in the U.S. Army, and then as a commissioned officer in the U.S. Navy. He was mobilized from the Naval Reserve shortly after the 9-11 attack in 2001, served on active and reserve duty, deployed as a Naval Reserve officer to Iraq in April, 2007, and was hired by the State Department in April, 2008. He had over 34 years of military service, received the Meritorious Service Medal, died at age 57, and is buried at Fort Sill National Cemetery at Elgin, Oklahoma.

Oklahoma City, Oklahoma County, OK 73131, 73013, 73003. The memorial is a highway interchange on the Broadway Extension (U.S. Highway 77) where it crosses over E. Memorial Road in northeastern Oklahoma City, OK. 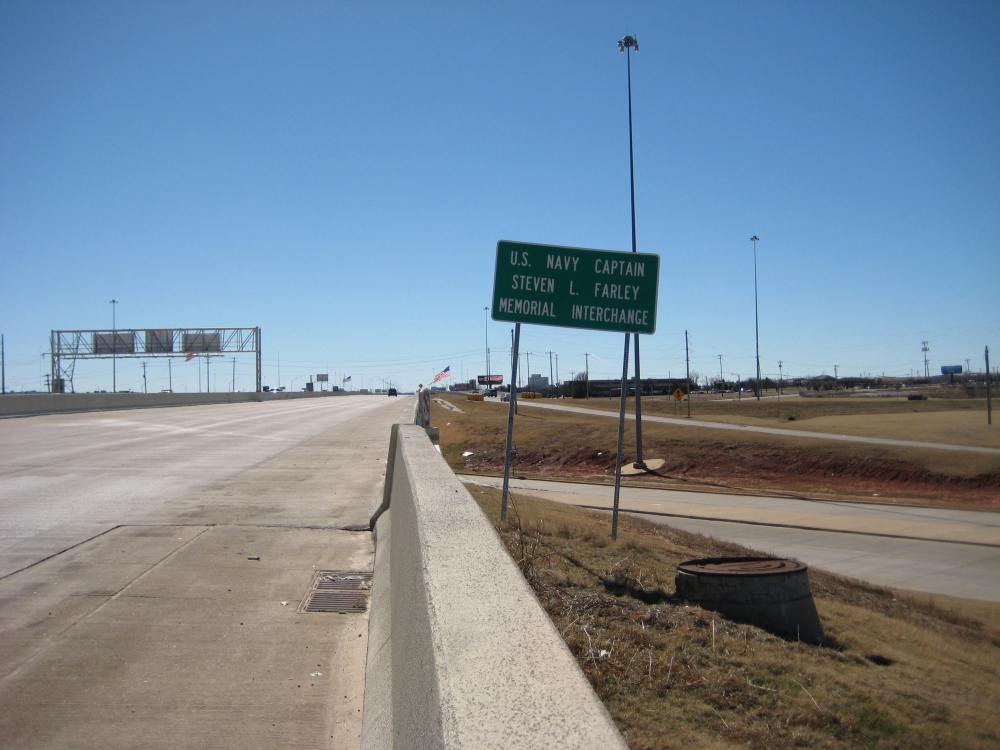 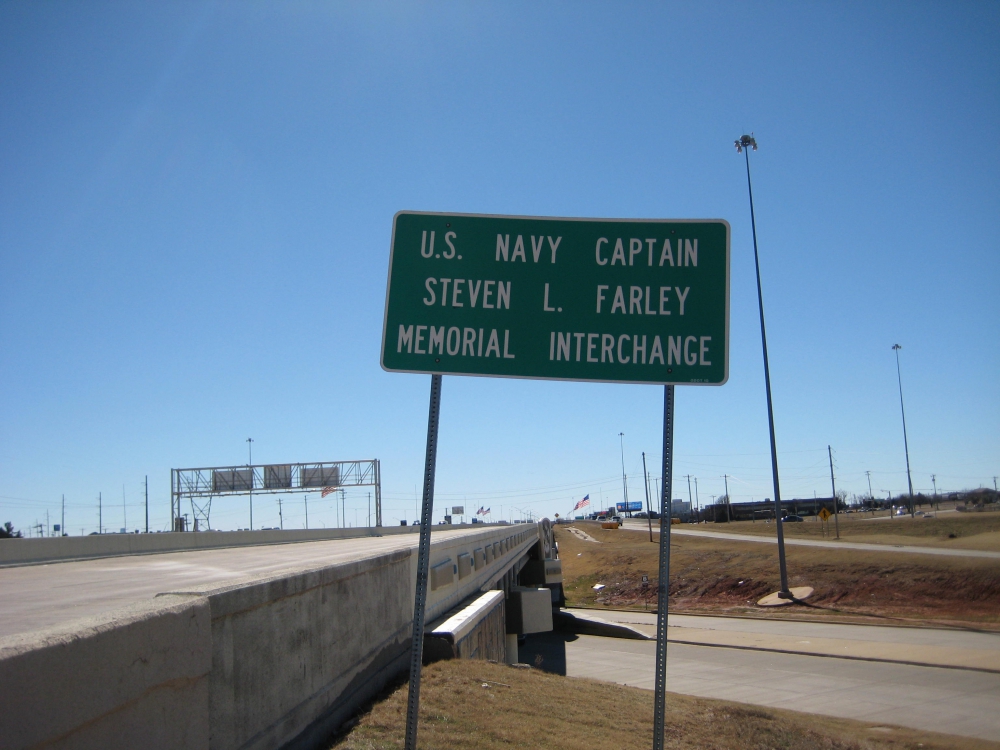 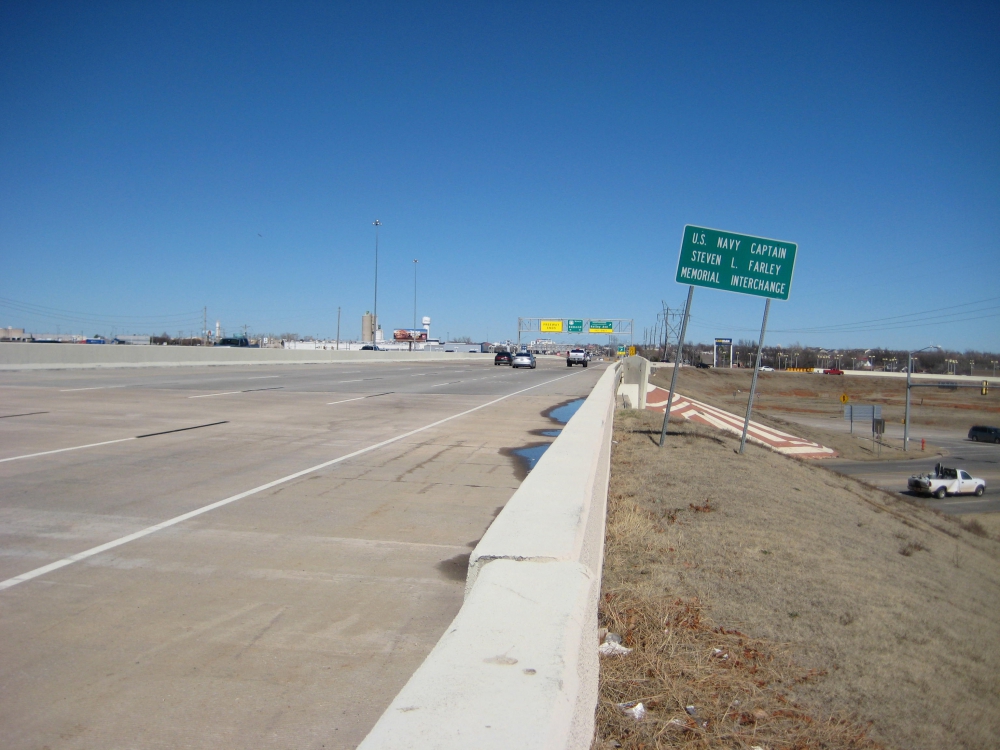 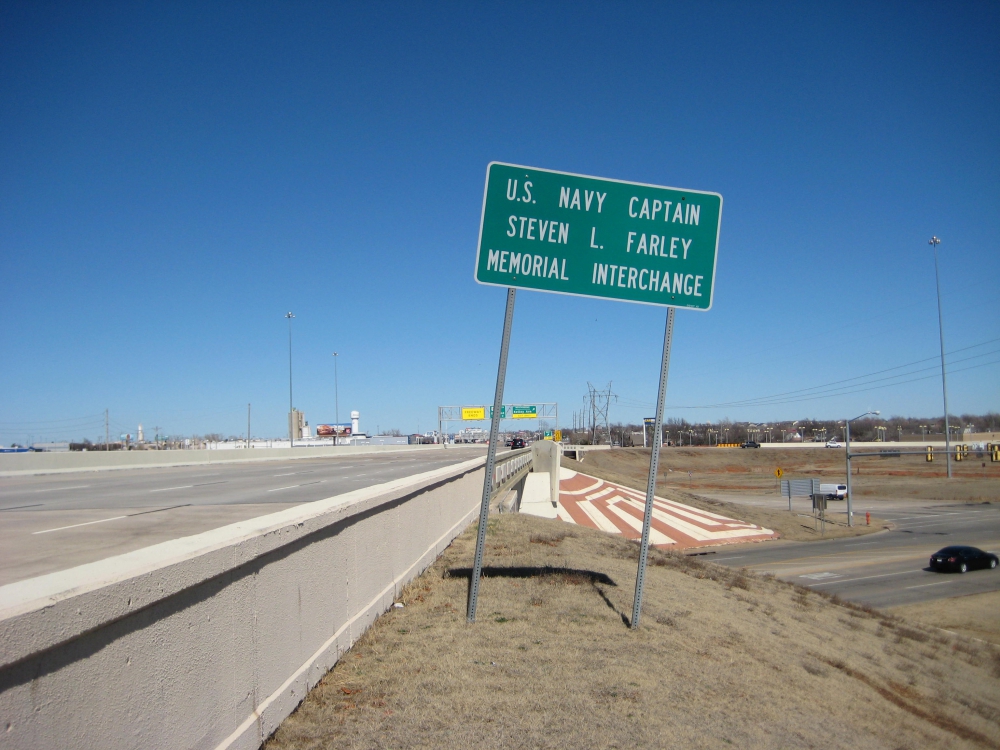