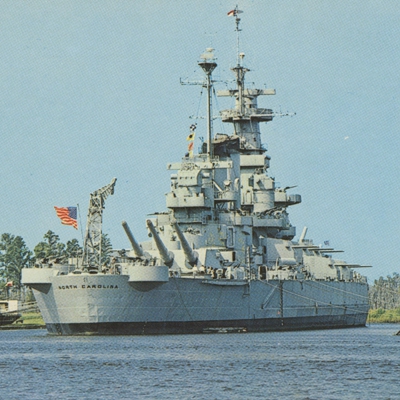 IN MEMORIUM / THE U.S.S. NORTH CAROLINA / BATTLESHIP MEMORIAL COMMEMORATES / THE HEROIC PARTICIPATION OF THE / MEN AND WOMEN OF NORTH CAROLINA / IN THE PROSECUTION AND VICTORY / OF THE SECOND WORLD WAR, AND / PERPETUATES THE MEMORY OF THE / MORE THAN TEN THOUSAND NORTH / CAROLINIANS WHO GAVE THEIR LIVES / IN THAT WAR. The U.S.S. North Carolina was built in New York, with the keel being laid in 1937. The U.S.S. North Carolina was decommissioned in 1947 after her participation in every major operation in the Pacific theater in World War II and after earning 15 battle stars and earning the nickname "The Showboat."

The American Legion Post 10 and The Save Our Ship Campaign

The U.S.S. North Carolina sits in the Cape Fear River alongside the Battleship Park in Wilmington, NC. 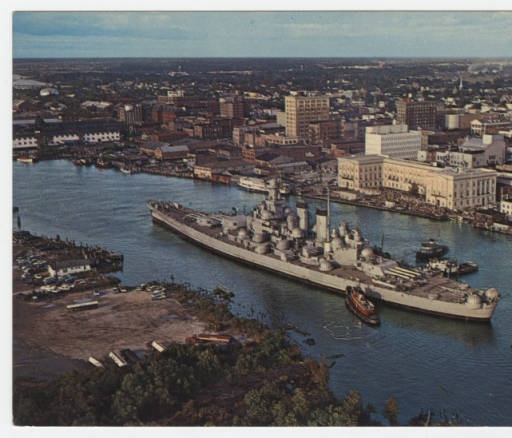 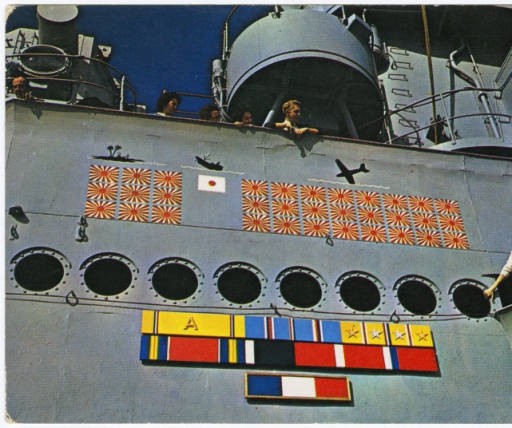