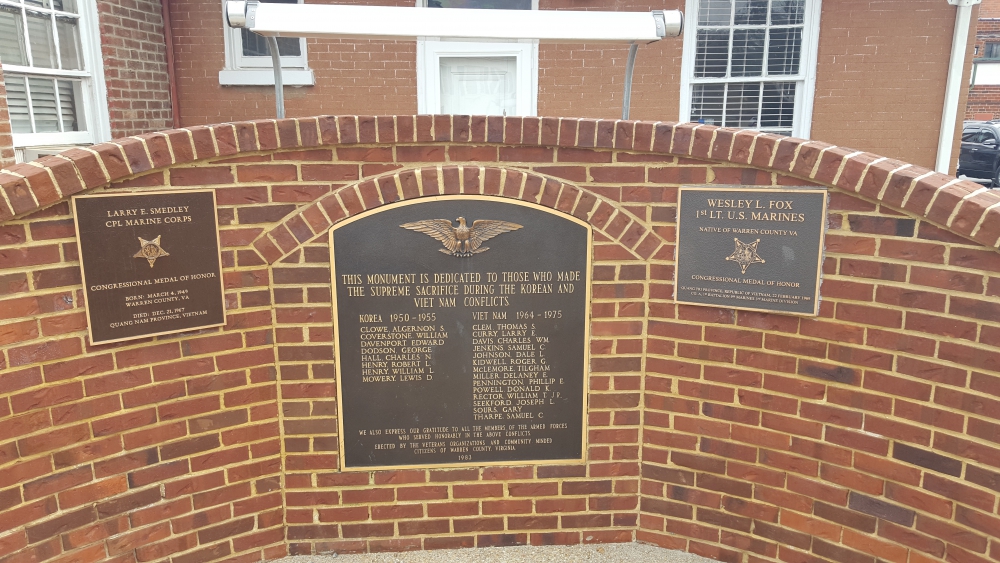 The monument is dedicated to those who made the supreme sacrifice during the Korean and Vietnam Conflicts. The monument also pays tribute to Larry E. Smedly CPL, USMC who was born in Warren County, Virginia on March 4, 1949 and awarded the Congressional Medal of Honor. He died on December 21, 1967 in Quang Nam Province, Vietnam. The monument also pays tribute to Wesley L. Fox 1st LT. USMC who is a native of Warren County, VA and he was awarded the Congressional Medal of Honor for actions in the Quang Tri Province, Republic of Vietnam, 22 February 1969 with Co. A, 1st Battalion 9th Marines, 3rd Marine Division. The memorial is on the Warren County Courthouse lawn where Giles B Cook American Legion Post 53 conducts an annual community Veterans Day Service and wreaths are laid at each memorial.

Erected by the Veterans Organizations and Community Minded Citizens of Warren County, VA