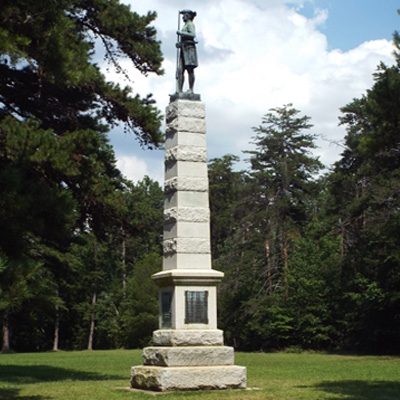 The James Hunter Monument, also known as the Battle of Alamance Monument, stands at the Alamance Battleground State Historic site. A tall granite and marble column is topped with a bronze statue of James Hunter, nicknamed the “General of the Regulators.” Hunter is clad in traditional, colonial-style clothing and holds the muzzle of a musket with the butt of the gun resting on the ground. There are four plaques on the sides of the granite column. The plaque on the left side shows a bas-relief image of a man being hanged with an inscription. Front: THE BATTLE / OF THE / ALAMANCE, / THE FIRST BATTLE OF THE / REVOLUTIONARY WAR, WAS / FOUGHT IN ORANGE COUNTY, / NORTH CAROLINA / MAY 16TH, 1771. Right: 1771-1781 1901 / JAMES HUNTER / “GENERAL” OF THE REGULATORS / “THE COUNTRY IS AS MUCH MASTER NOW / AS EVER.” NOVEMBER 6TH, 1772 / ALAMANCE MAY 16TH, 1771 / CHEROKEE WAR OCTOBER 1776 / GUILFORD COURTHOUSE MARCH 15TH, 1781 / BORN 1740. DIED 1821.

The memorial is located on North Carolina Route 62 east of Clapp Mill Road, Alamance, NC, on the left when traveling west. It stands app. nine miles from Burlington, N.C. 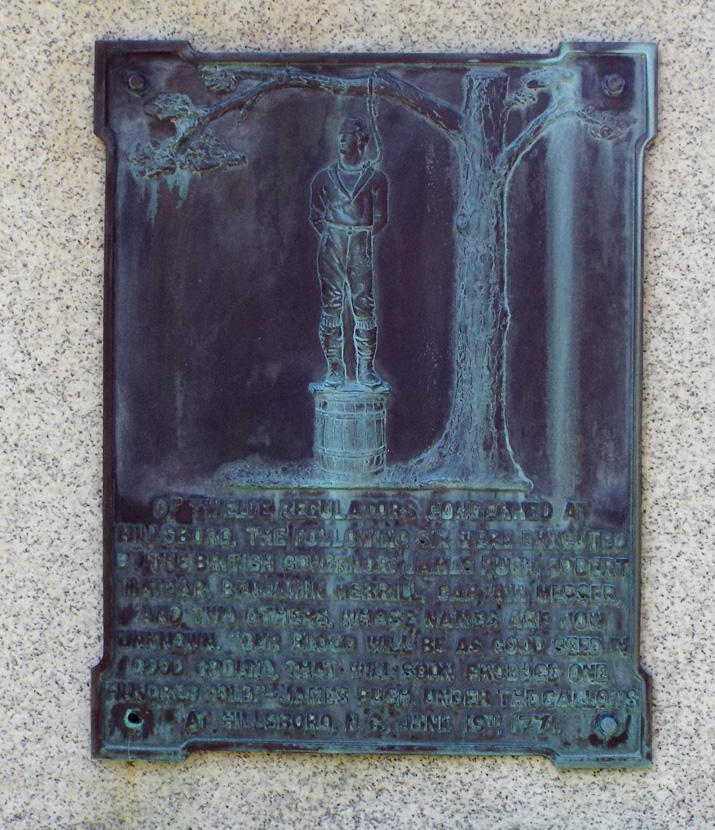