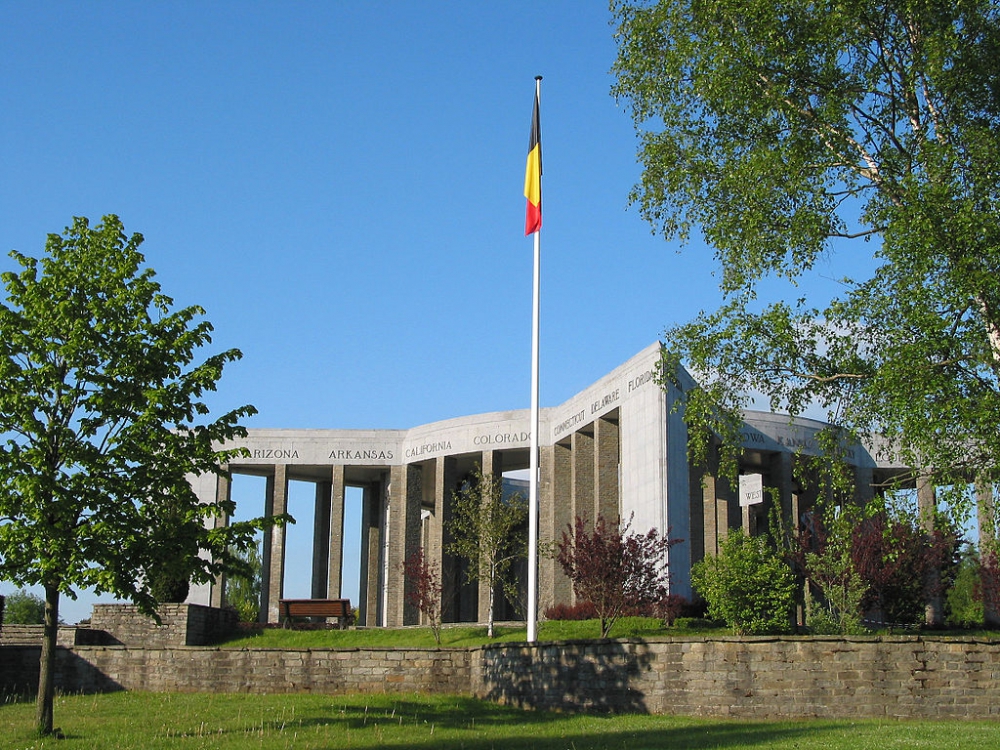 The Mardasson Memorial is a monument honoring the memory of American soldiers wounded or killed during World War II's Battle of the Bulge. It is located near Bastogne in the Luxembourg province of Belgium. The first step towards the memorial was undertaken on July 4, 1946, with the presentation of some earth from the site to U.S. President Harry Truman. Dedication was on July 16, 1950. Architect Georges Dedoyard designed a 12 metres (39 ft) tall monument in the shape of a five-pointed American star with 31 metres (102 ft) sides surrounding a 20 metres (66 ft) wide atrium. The inner walls are covered with ten passages carved in stone commemorating the battle, and the parapet bears the names of the then 48 U.S. States plus Alaska and Hawaii. Insignia of most participating battalions are shown on the walls, representing the 76,890 killed and wounded during the thwarted December 1944-January 1945 German Watch on the Rhine offensive.