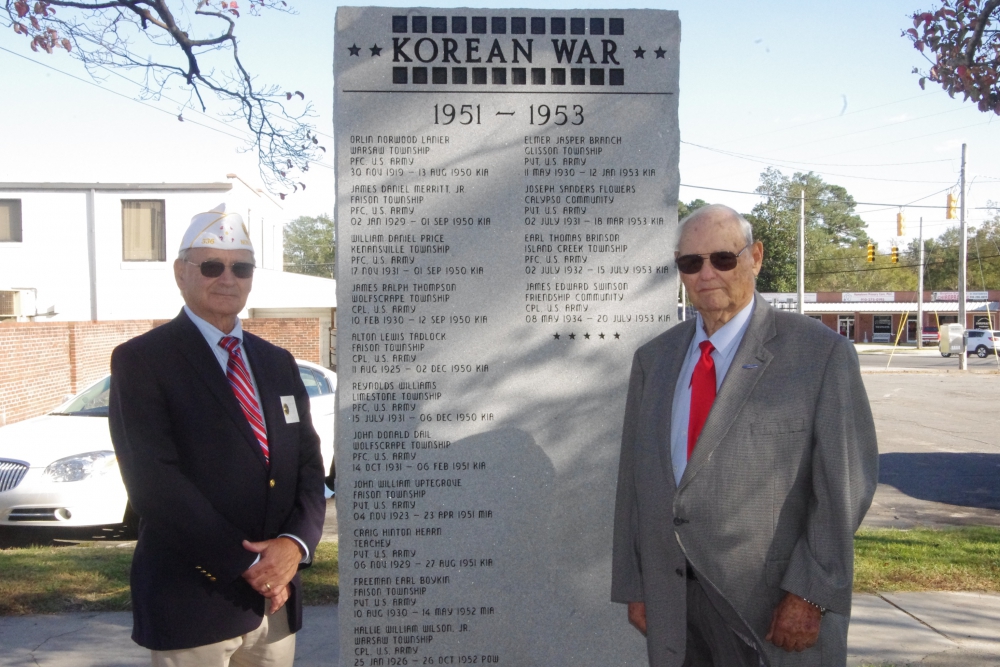 Harold Davis, a Korean War Veteran, was the principal speaker at the unveiling and dedication of the Korean War monument at the Duplin County Court House. The monument was erected to remember and honor the fifteen men from Duplin County killed or missing during the war. Harold gave some interesting facts on the war and on each of the 15 men killed in action, taken prisoner of war (later dying in captivity), or missing in action. L-R: Department Commander David Shore and Harold Davis.

The monument stands on the South Grounds of the Duplin County Court House in Kenansville, NC.