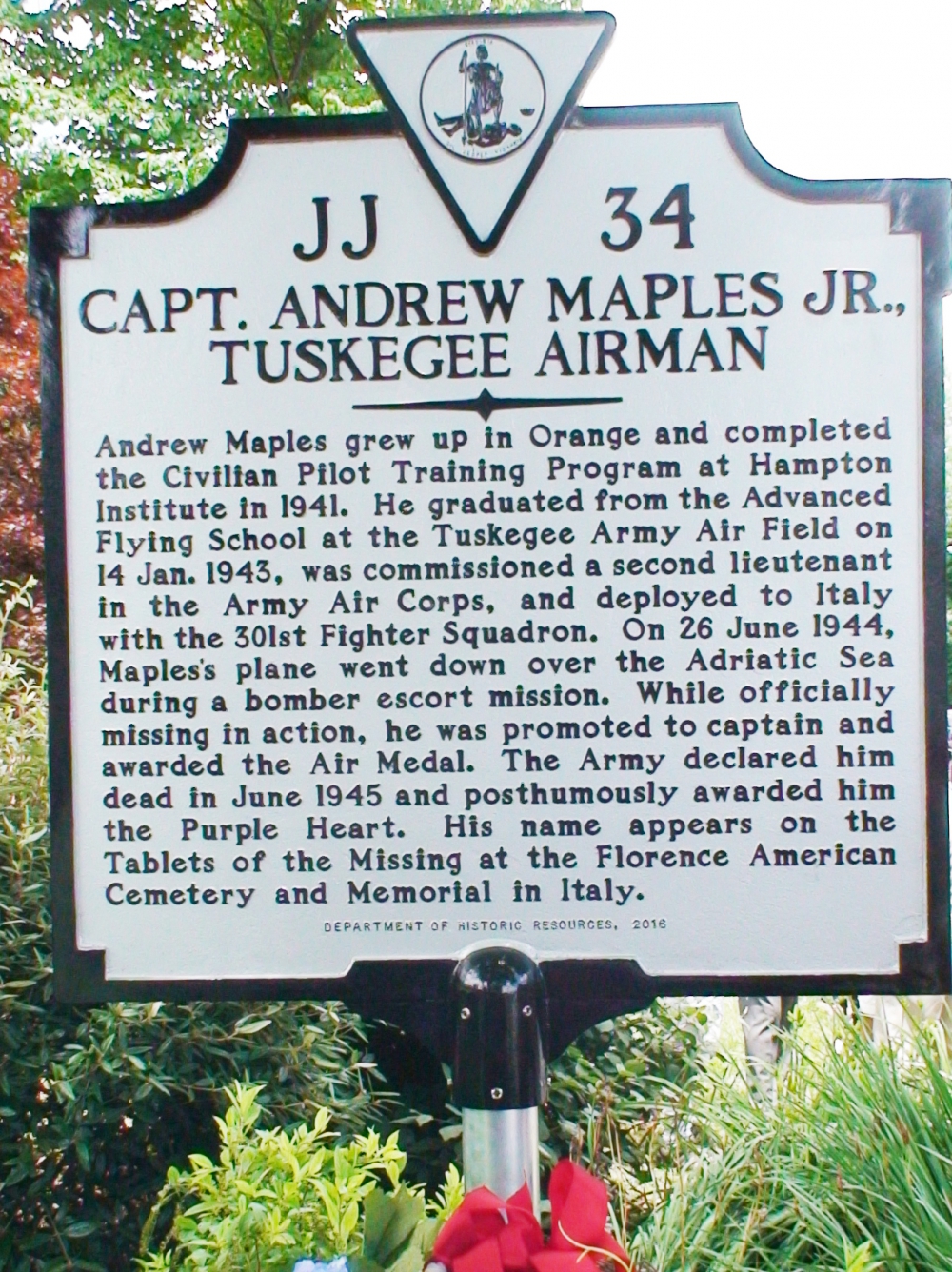 Captain Andrew Maples, Jr grew up in Orange, Virginia living on Church Street near the intersection with South Madison Road. He graduated from Armstrong High School, Washington, DC in 1939. Andrew attended Hampton Institute from 1939 to 1941. Hampton Institute is now Hampton University which produced distinguished graduates like Booker T. Washington who, in turn, founded Tuskegee Institute. This Institute would be the site for the Army's advanced Flying School. The Tuskegee Airmen would be named for the Tuskegee Institute. Enrolling in Hampton Institute's Civilian Pilot's Training Program, Andrew earned his silver wings and flew home to surprise his parents. He landed at the Gordonsville, Virginia Airport. Having heard of the Tuskegee Army Advanced Flying School, Andrew enlisted. He graduated from Army Pilot Training on January 14, 1943. First Lieutenant Andrew Maples, Jr. was deployed with the 301st Fighter Squadron of the 332nd Fighter Group, United States Army Air Corps. Flying out of Ramitelli Air Field, Italy, Lieutenant Maples was leading a group of P47 Thunderbolts on a bomber escort mission. Over the Adriatic Sea, his fighter developed a mechanical problem. Lieutenant Maples radioed that he planned to bail out when his aircraft reached a safe altitude. Unfortunately, no parachute was spotted and a search revealed no sign of Lieutenant Maples or his plane. He was listed as Missing in action. While missing in action, Lieutenant Maples was promoted to Captain and awarded the Air Medal. One year later, June 1945, the Army declared him dead and posthumously awarded Captain Maples the Purple Heart. In an official document recognizing the sacrifice of Captain Maples as a member of the Tuskegee Airmen, President Harry Truman states, "In Grateful memory of Captain Andrew Maples, Jr. WHO DIED IN THE SERVICE OF HIS COUNTRY in the Mediterranean Area, 26 June 1944. He stands in the unbroken line of patriots who dared to die that freedom might live and grow and increase its blessings. Freedom lives and though it he lives - In a way that humbles the undertakings of most men."

Spearheaded by Jane Ware of Orange, The family of Captain Maples with support from Orange American Legion Post 156 and the Orange Community.

The Memorial Marker is located in the Town of Orange, Virginia’s right of way at the intersection of West Church Street and South Madison Road. 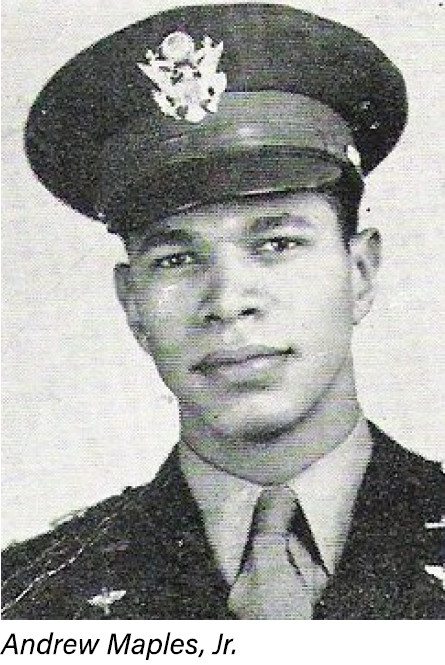 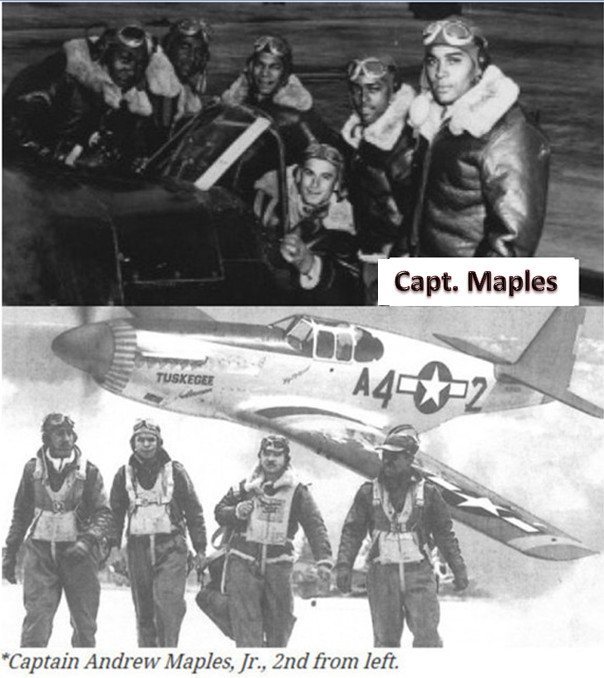 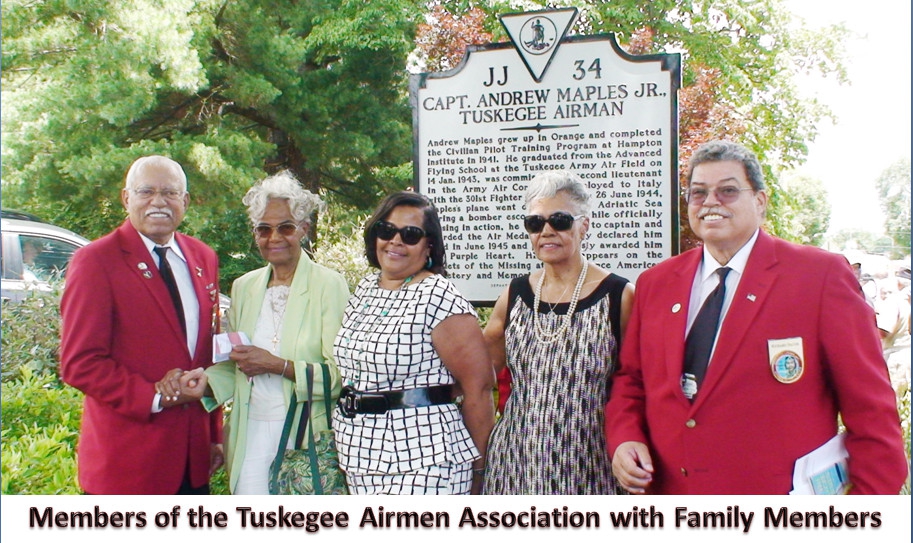 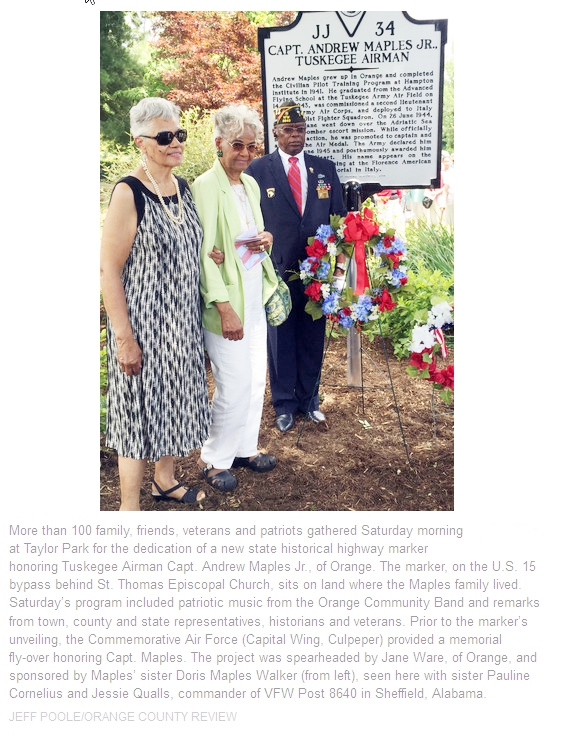 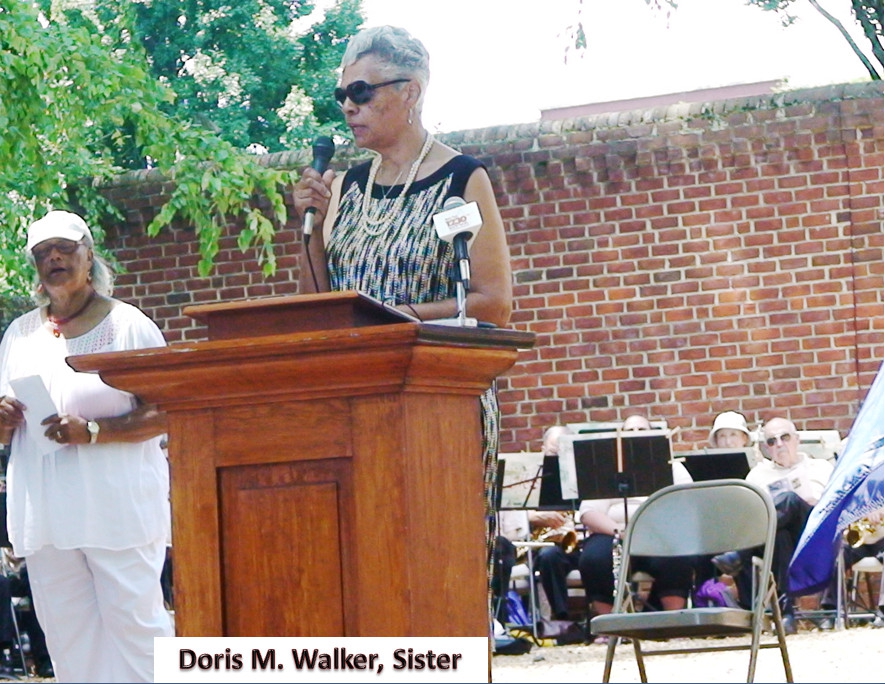 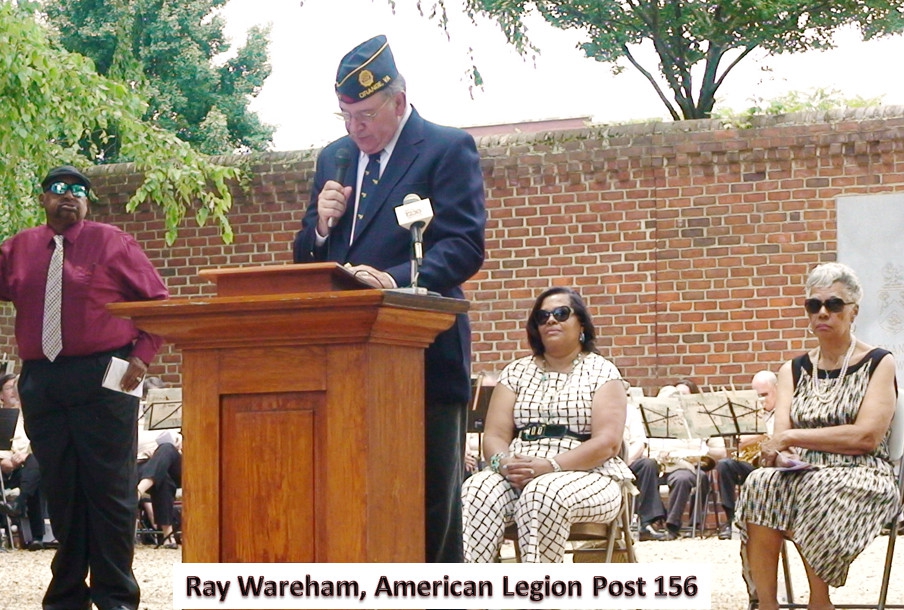 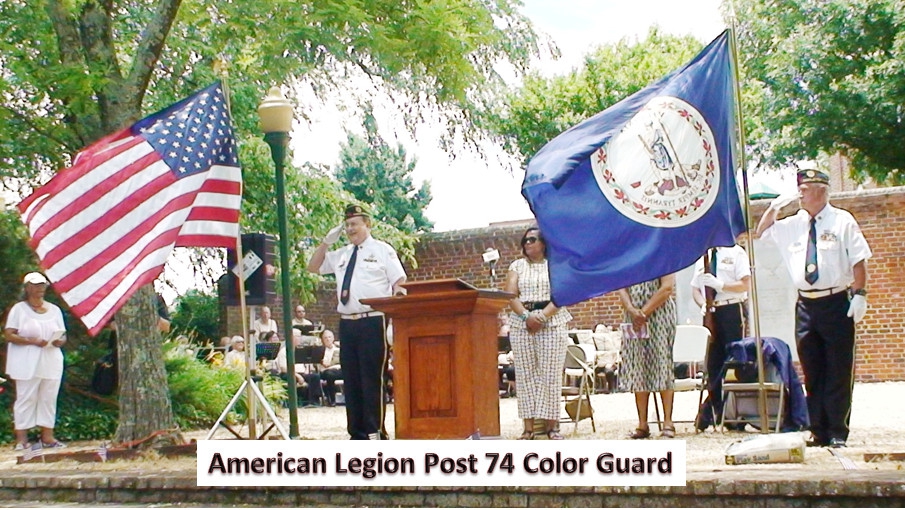 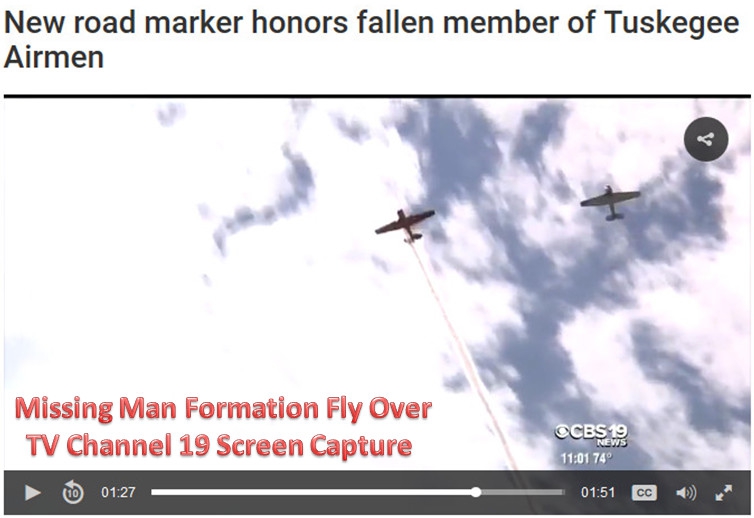