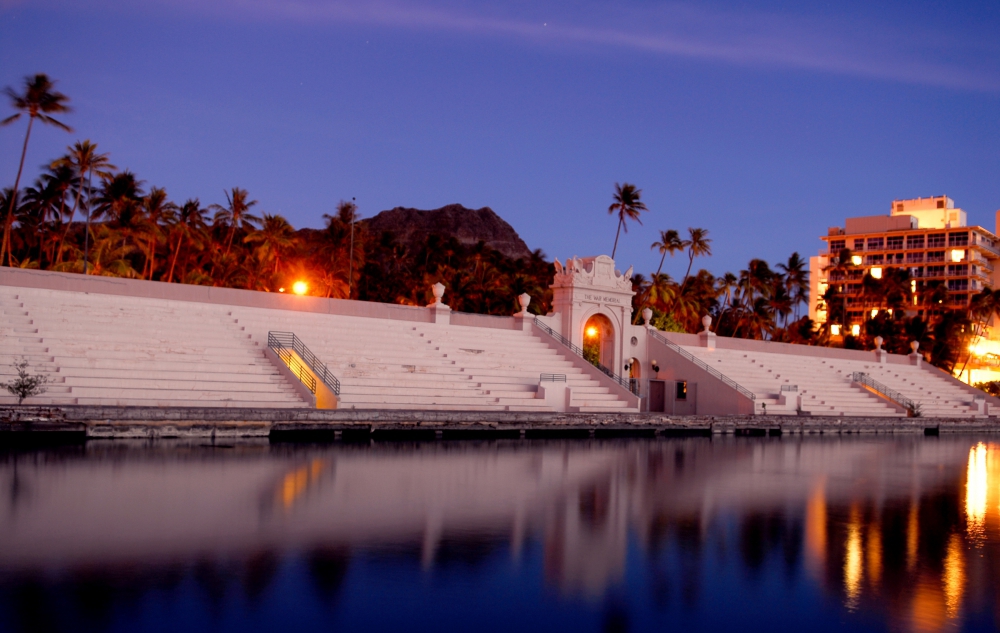 Hawaii’s official World War I memorial was designed by Louis P. Hobart as a “living memorial” to honor the contributions of more than 10,000 Hawaii residents who served in WWI. The 100 x 40 yard, double Olympic-sized ocean pool is built into the Waikiki shoreline at the foot of Diamond Head. The War Memorial Natatorium opened on August 24, 1927, the birthday of inaugural swimmer and Olympic gold medalist, Duke Kahanamoku. From the 1920s to 1960’s over 100 Olympians from the U.S. and abroad competed in the Natatorium. Generations of Hawaii’s children learned to swim there. In the 1940s and 1950’s International Swimming Hall of Fame coach, Soichi Sakamoto trained swimmers from his six AAU national championship teams at the Natatorium. Considered by many the birthplace of competitive swimming, the War Memorial Natatorium is on the State and National Registers of Historic Places and was named a National Treasure by the National Trust for Historic Preservation. In disrepair, the Natatorium was closed to the public in 1979.

The people of the (then) Territory of Hawaii 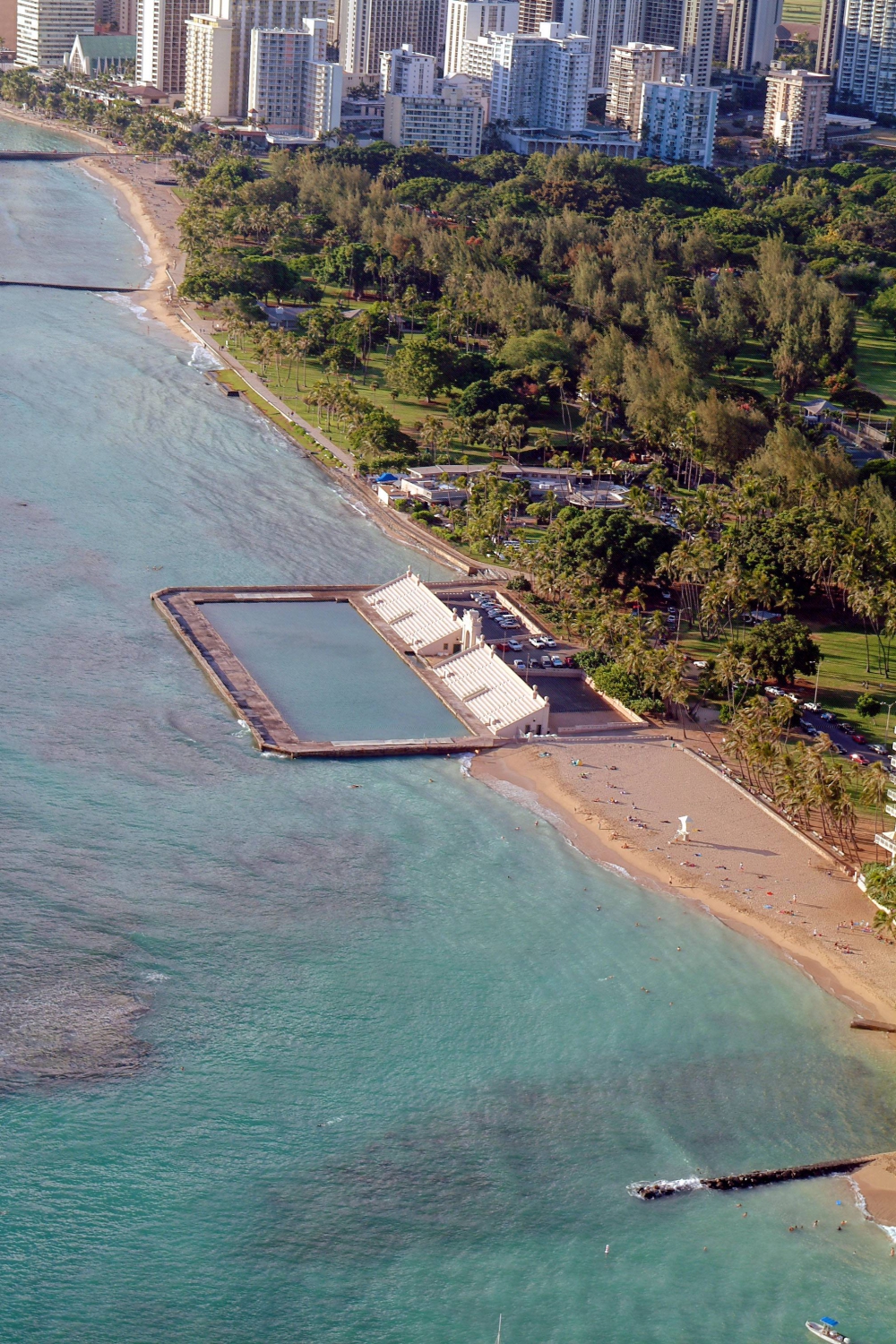 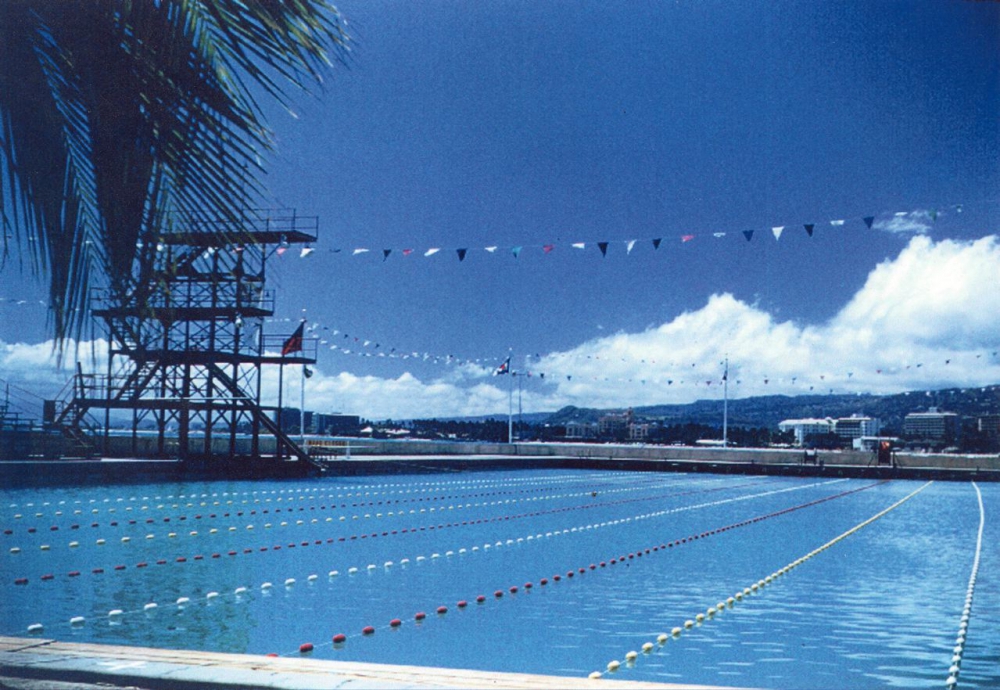 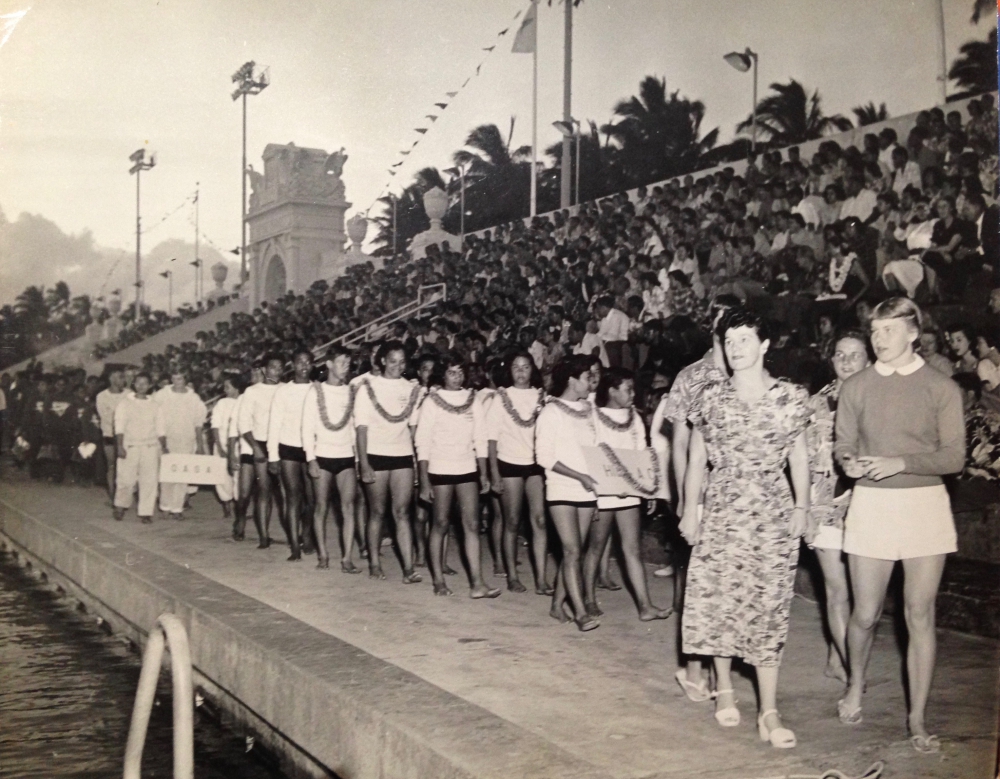 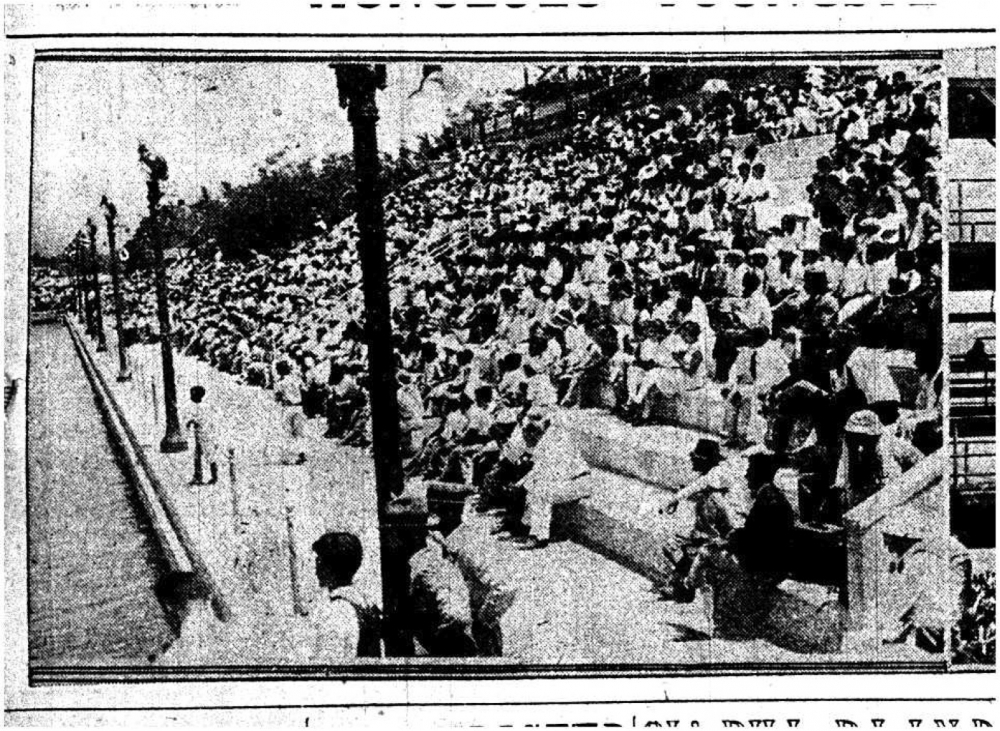 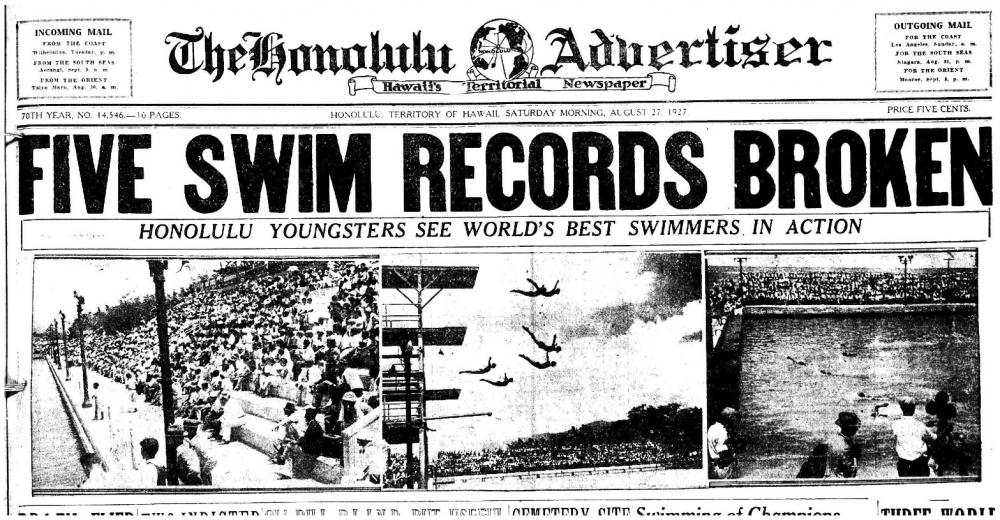 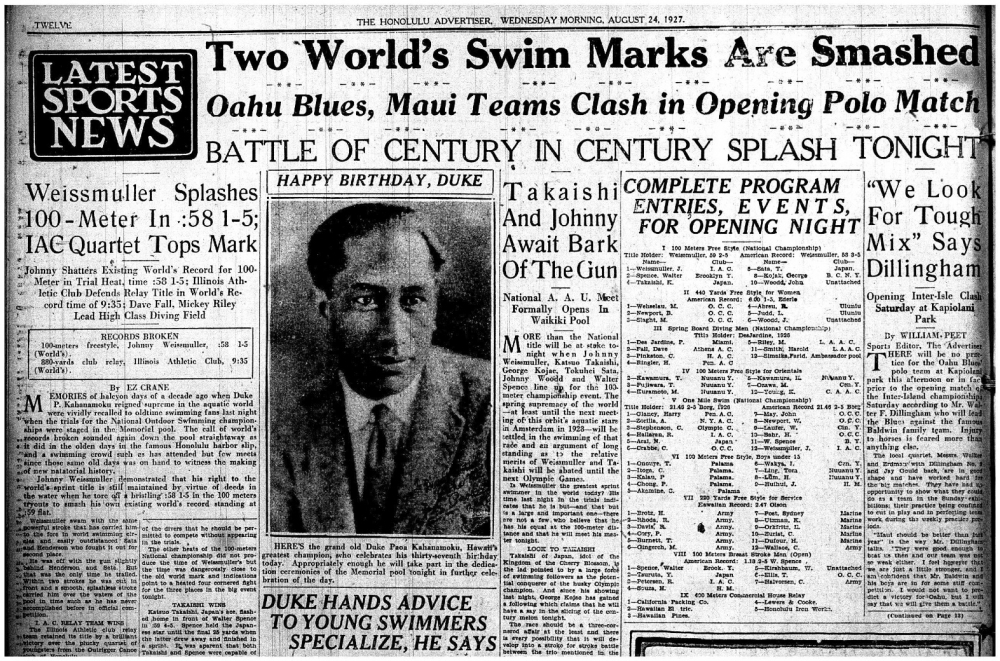