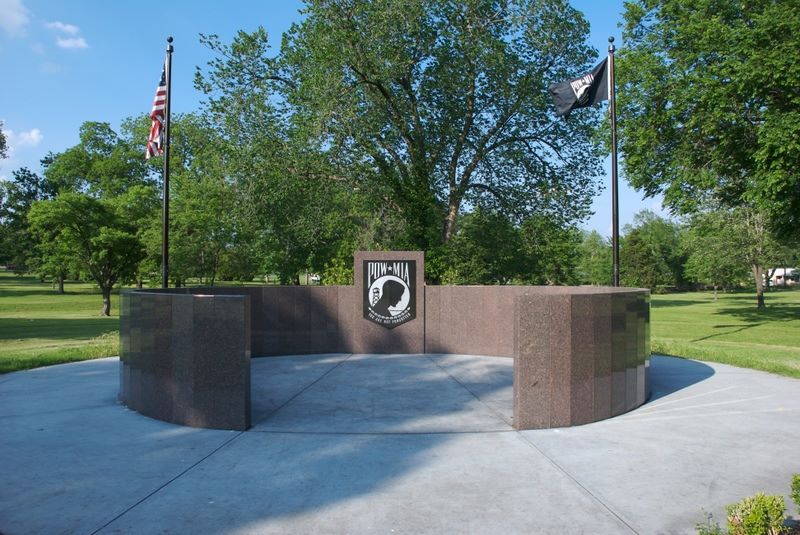 The centerpiece of the Memorial is an elliptical 4-foot tall, walled monument with a raised section at the top of the ellipse, displaying the Prisoner of War (POW)/Missing in Action (MIA) symbol. Located opposite the POW/MIA display is an open entryway at the bottom of the ellipse. The design of the monument is based on a Vietnam-era POW/MIA bracelet. The bracelet extends some 24 feet, and is made of North Dakota rose granite. Outside the wall flanking the raised top section, are 2 flagpoles which display the American Flag and the POW/MIA flag. These features sit on a circular concrete pad, with a curving concrete walkway leading to the Memorial. The curving walkway is lined with some 1,500 bricks, including donor and memorial bricks. Two benches are positioned on either side, near the entry, and another along the path. All elements rest in a park-like setting amid trees and plantings. The Memorial is specifically a tribute to the fifty Oklahomans missing from the Vietnam War, and honors all military veterans who were taken as POW, and those who were declared as MIA. War Memorial Park was chosen as the location for the Memorial, and the site was allocated by the city. Most features of the Memorial were funded and installed by the Northern Oklahoma Vietnam Veterans of America (VVA), Chapter 750. Under the leadership of the VVA, the Memorial became a community project with most materials and labor being donated. The flagpoles, granite for the bracelet walls, benches, and donor bricks were purchased. There are 33 rows of bricks with the names of donors and memorialized POW/MIA. The completed Memorial was subsequently donated to the City, which is responsible for its care and maintenance. It is the site of veteran-related ceremonies during the course of the year. On National POW/MIA Recognition Day each year, the local VVA Chapter hosts a special Flag disposal ceremony as part of the commemoration to POW/MIA. After a moment of silent prayer, a dignified Flag burning of unserviceable Colors is conducted adjacent to the Memorial. Flags collected by the Boy Scouts and veteran service organizations are retired by burning them, one at a time, as prescribed in the Federal Flag Code. The symbolic use of fire dates to the Revolutionary War period, when fires were set as rallying points to guide American troops, who had been scattered during battle, back to friendly lines. Symbolically, the flag-burning fire provides a beacon for those fellow veterans (POW/MIA) who have been separated from our midst. (Note: Ponca City is a city in Kay and Osage Counties, in north-central Oklahoma, some 18 miles south of the Kansas border, with a population of some 24,527 (2016). It is the largest city in Kay County and is situated on the Arkansas River. The city was named after the Ponca Indian Tribe, which had been removed from Nebraska and resettled on allotted lands in Indian Territory (Oklahoma) from 1877-1880. The city’s economic development has been largely dependent on the boom and bust periods of the petroleum industry. It was a refining center for many years and the home of Marland Oil Company, and headquarters for Continental Oil Company (Conoco).) (Note: The POW/MIA flag consists of a black silhouette of a prisoner of war (POW) before a guard tower with guard, and a strand of barbed wire on a white disc. The letters “POW” and “MIA” frame a 5-pointed star, and appear above the disc. The disc rests on a black and white wreath, and the words “You Are Not Forgotten” appear below the wreath in white. All features are on a black field overall. The flag was created and then officially recognized by Congress in conjunction with the Vietnam War POW/MIA issues. It has become a symbol for POW/MIA veterans from all American wars. Congress has mandated that the flag be flown by designated Federal agencies on 6 holidays: Armed Forces Day, Memorial Day, Flag Day, Independence Day, National POW/MIA Recognition Day, and Veterans Day.) (Note: As of March, 2017, a total of 1611 Americans are unaccounted for.) (Note: Vietnam Veterans of America (VVA) is a national non-profit corporation founded in 1978. Its Headquarters is located in Silver Springs, Maryland. The organization is committed to serving the needs of all veterans. VVA is the only organization chartered by the United States Congress and dedicated to Vietnam veterans and their families. Its founding principle is "Never again will one generation of veterans abandon another.") 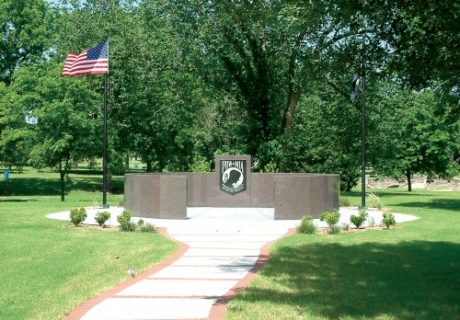 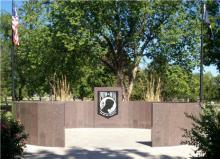 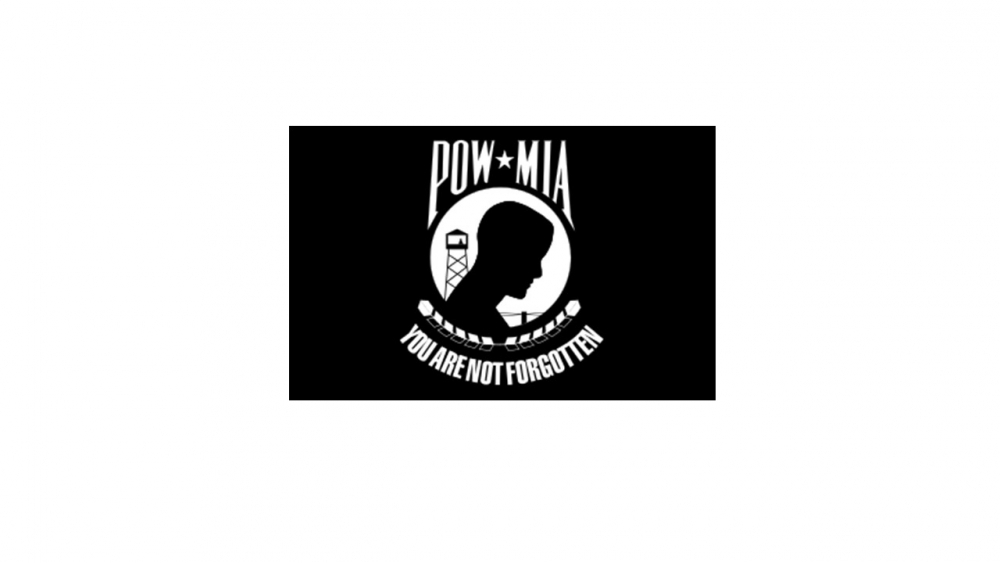 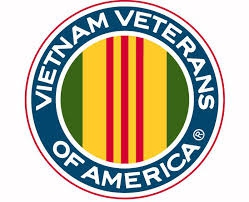