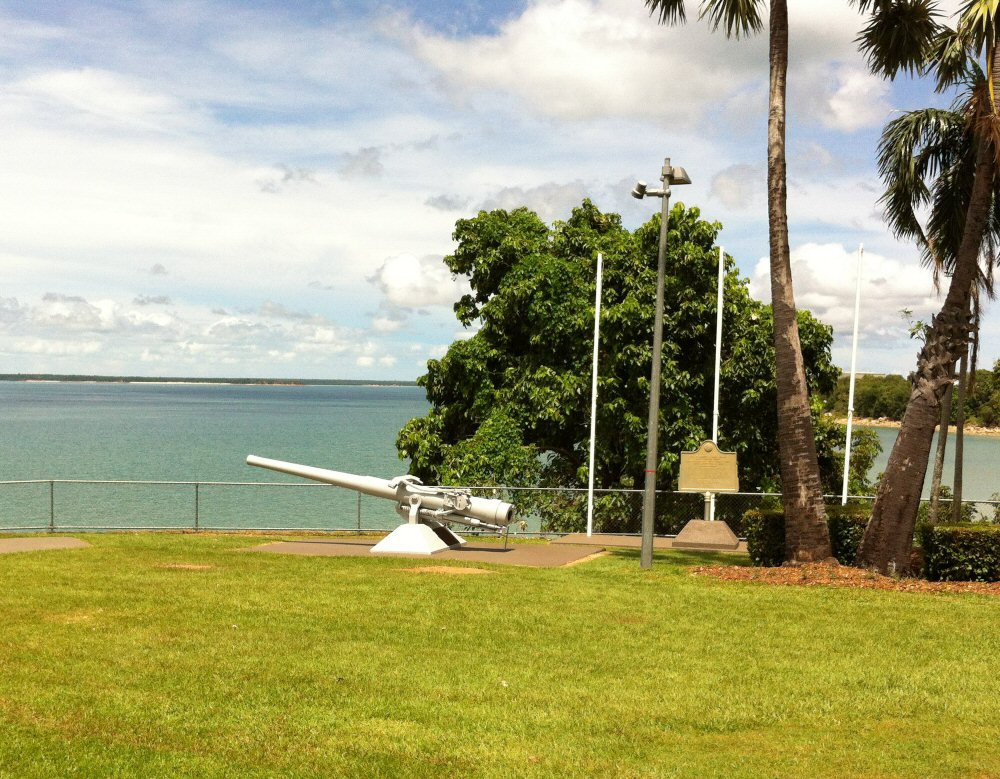 A story of sacrifice. Darwin Harbour is the resting place for the U.S. destroyer Peary sunk on 19th February 1942 by Japan`s Pearl Harbour veterans. This 4 inch gun was salvaged from the Peary in the 1950`s by diver Carl Atkinson (dec.). It was restored by the RAN for the Northern Territory`s 1992 War Service Memorial Year and now points towards the Peary`s grave.\ This plaque was unveiled by the Chief Minister The Hon. Marshall Peron MLA on 29th January 1992 in the presence of Peary survivors Dallas Widick and Melvin Duke and a colour guard from the U.S. frigate Robert E. Peary. The wartime Peary came under repeated fire from December 1941 - February 1942. In her last action she sank with her guns still blazing and represents the U.S. Navy`s greatest loss of life in Australian waters. Her gallant sacrifice is forever part of Darwin`s history.