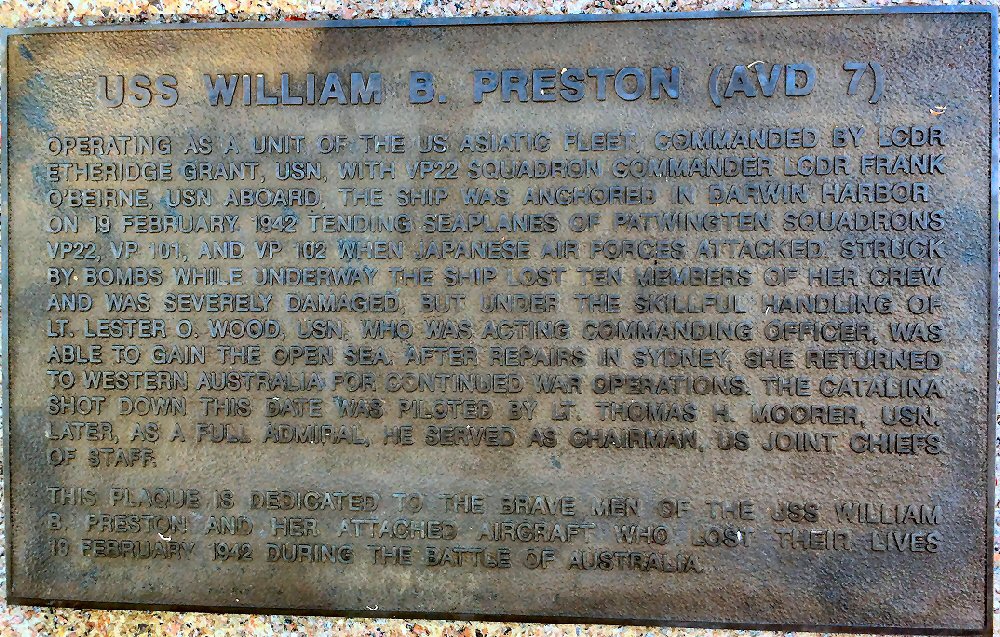 USS William B. Preston (AVD 7) was operating as a unit of the US Asiatic Fleet, commanded by LCDR Etheridge Grant, US Navy, with VP22 and Squadron Commander LCDR Frank O'Beirne, US Navy. The ship was anchored in Darwin Harbour on February 19, 1942 tending seaplanes of Patwingten Squardrons VP22, VP 101, and VP102 when Japanese Air Forces attacked. Struck by bombs while underway, the ship lost ten members of her crew and was severely damaged, but under the skillful handling of Lt. Lester O. Wood, US Navy, who was acting commanding officer, was able to gain the open sea. After repairs in Sydney, she returned to western Australia for continued war operations. The catalina shot down this date was piloted by Tomas H. Moorer, US Navy. Later, as a full admiral, he served as chairman, US Joint Chiefs of Staff. This plaque is dedicated to the brave men of USS William B. Preston and her attached aircraft who lost their lives on February 19, 1942 during the Battle of Australia.