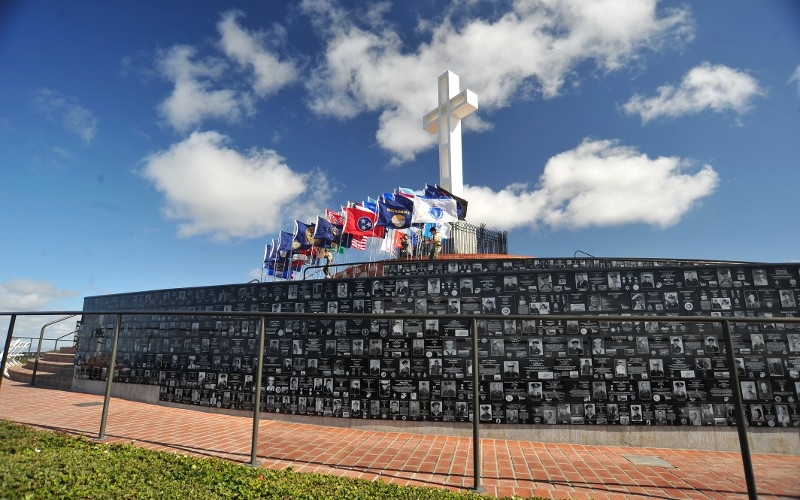 The Mt. Soledad National Veterans Memorial is considered one of the most unique veterans memorials in America. It is the only memorial that honors veterans, living or deceased, from the Revolutionary War to the current war on terrorism, with an image of the veteran. The Mt. Soledad National Veterans Memorial was conceived in 1952 by American Legion Post 275 of La Jolla, California to honor war veterans of the Korean War. That same year, working closely with the American Legion Post, the Mt. Soledad Memorial Association was incorporated, and on April 18, 1954, the Association dedicated a 27-foot cross at the apex of Soledad Natural Park in La Jolla in honor of U.S. servicemen who had died during the two world wars and the Korean conflict. In 2000, the Association expanded the memorial with the addition of six curved walls that featured black granite plaques etched with the faces and stories of individual veterans who served in times of war in the five branches of the military – Army, Navy, Marine Corps, Coast Guard, and Air Force – as well Merchant Marines during World War II. In 2012, five additional walls were added and the mission of the Memorial expanded again to include all veterans from all branches of service. In 1989 a Vietnam War veteran (and atheist) sued the city of San Diego for allowing the presence of a religious symbol, the cross, on public property. The litigation covered more than 27 years with several court rulings, two aborted sales, and a property transfer from the City of San Diego to the Federal government. The case went up and down the court system, all the way on two occasions to the U.S. Supreme Court. In September 2016, the 9th District Court of Appeals ruled the case moot, following the July 2015 sale of the land by the U.S. Department of Defense to the Mt. Soledad Memorial Association with the proviso that the half-acre parcel be maintained as a veterans memorial in perpetuity. The ruling meant that for the first time in its 65-year history, the association not only manages the property, but also owns the land and will now determine its destiny. 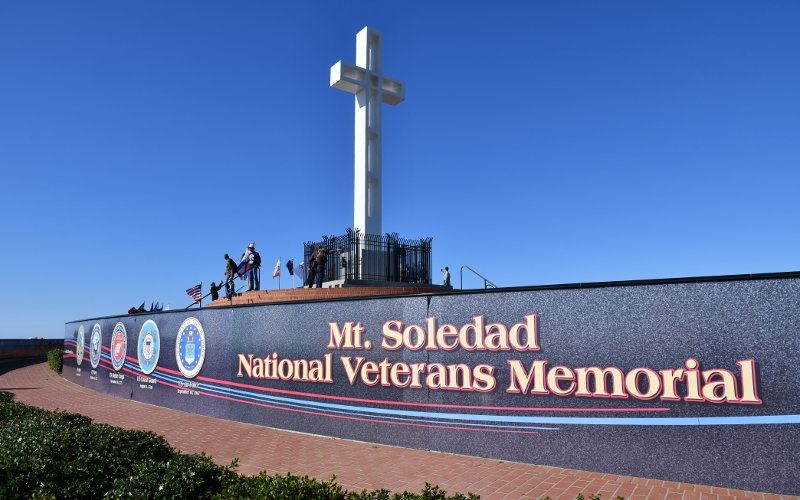