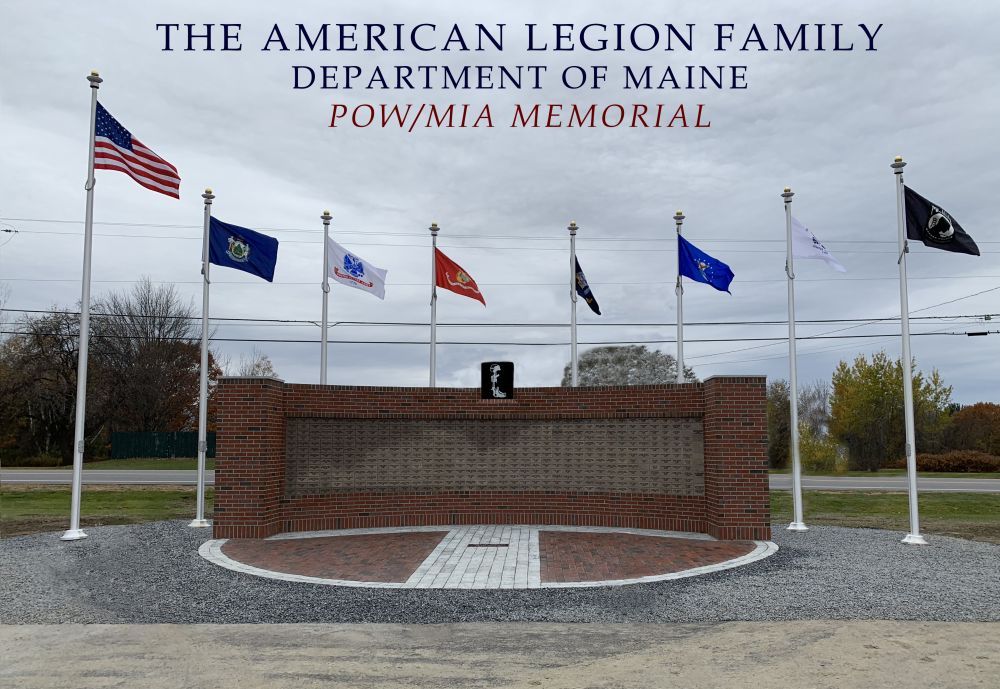 The American Legion Family, Department of Maine, has joined together in a joint project and built a POW/MIA memorial at The American Legion Family Maine Headquarters. This memorial honors and remembers the 480 Mainers who are still unaccounted for.* Each missing person from Maine will have a brick listing their name, branch of service, and war conflict. * The American Legion Family official list of Maine Missing POW/MIA’s has been compiled using data provided by the Defense POW/MIA Accounting Agency at: www.dpaa.mil. When the Legion organizations began the project in June, 2017, there were 480 Mainers unaccounted for. As of September 14, 2018, there are now 479. The remains of U.S. Marine Corps Pvt. Alberic Blanchette, of Caribou, returned home in September of 2018. Blanchette had been unaccounted for since his service in World War II (74 years).