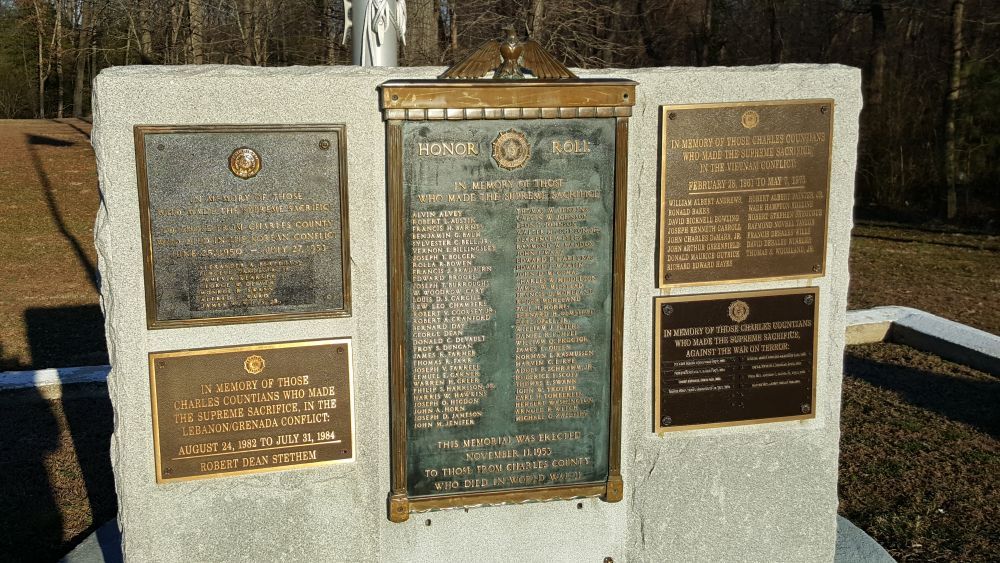 This memorial consists of two stone pillars containing bronze tablets with the names of those citizens of Charles County, Maryland in WWI, WWII, Korea, Lebanon/Grenada, Panama, and Persian Gulf. The memorial was originally constructed at the court house in La Plata, Maryland in 1921 to honor Charles County citizens who perished in WWI. In 1953 when the courthouse was expanded, the pillars were moved to American Legion Harry White Wilmer Post 82 and dedicated on November 11th, 1953. Since that time additional bronze plaques have been added for each war/conflict. The monument has been expanded to include a plaza and flags and is lighted 24 hours per day. It is maintained by the members of Post 82.

The memorial is located adjacent to American Legion Post 82, 6330 North Crain Highway, La Plata, Maryland. 20646. It is clearly visible from Crain Highway which is the main route through Charles County, Maryland. 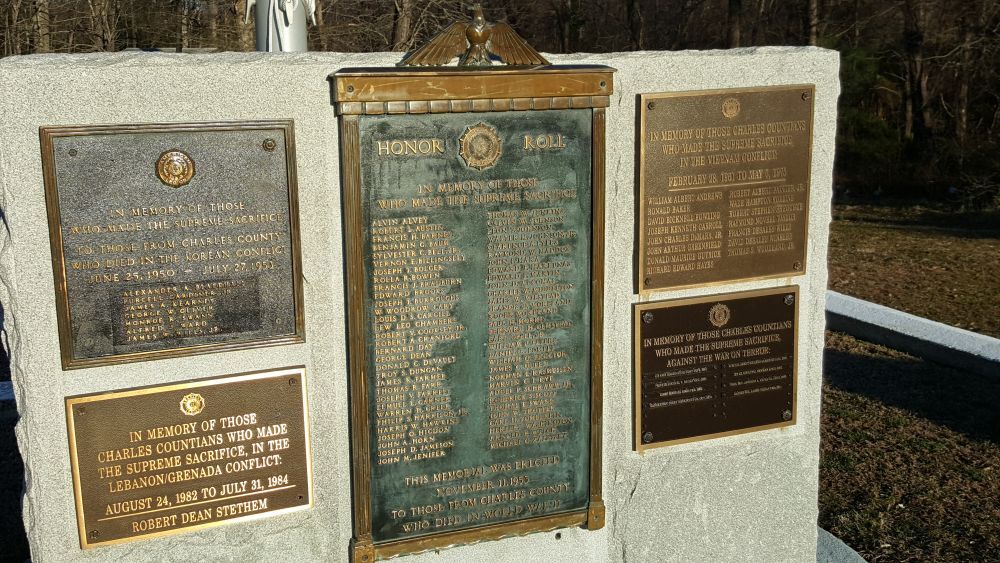 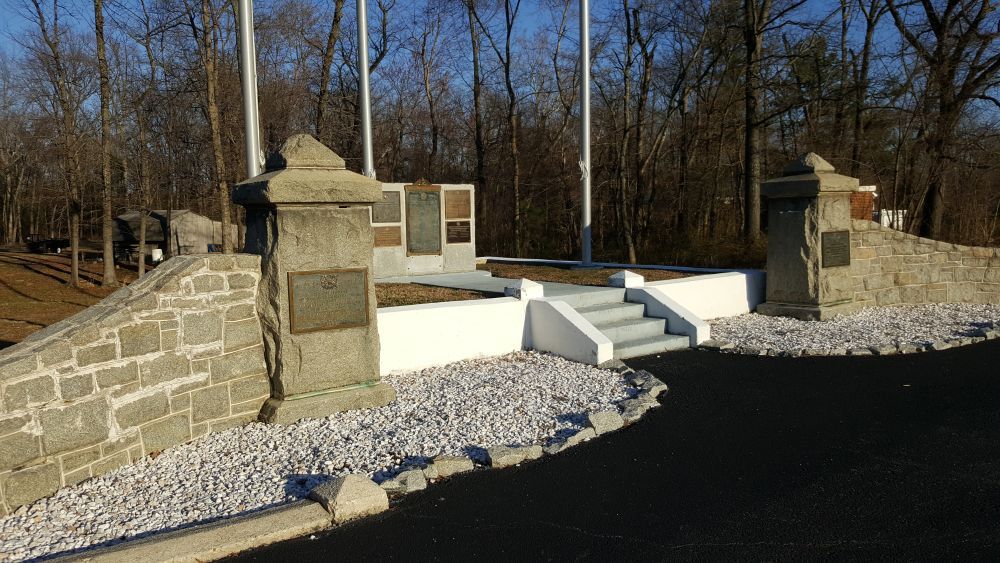 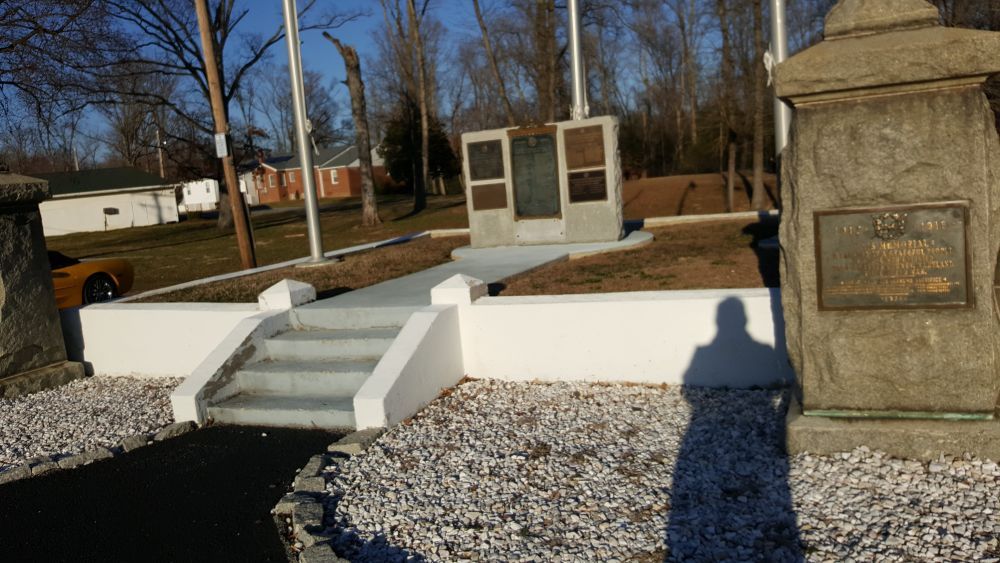