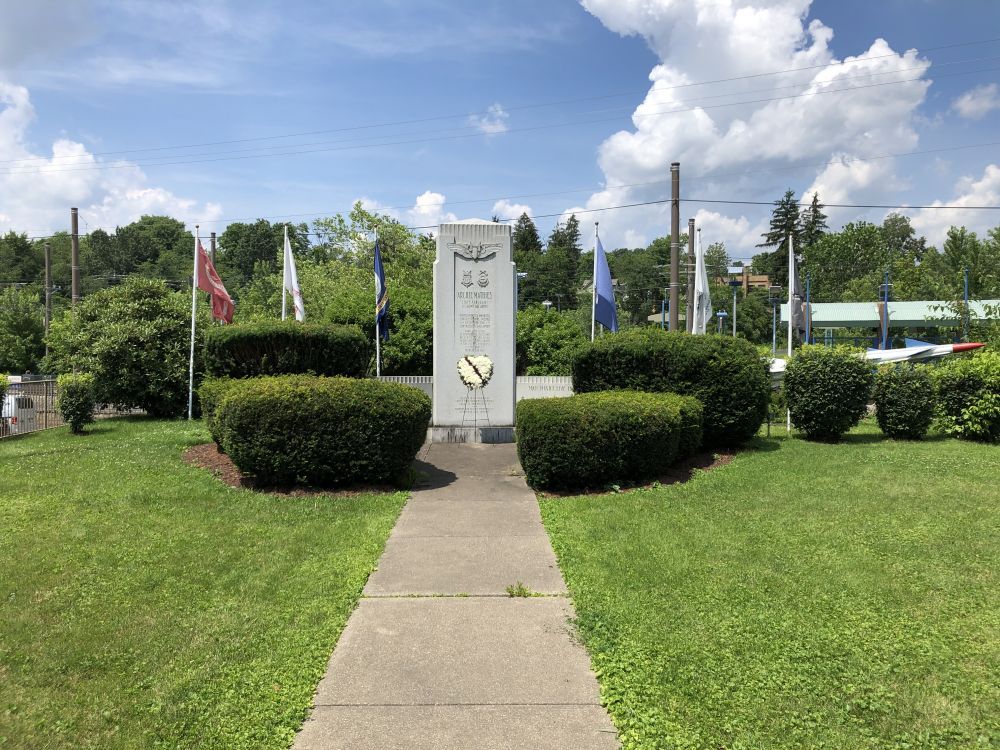 A monument dedicated to Staff Sergeant Archibald Mathies, a local Medal of Honor recipient. Also honored are those from the South Park Township, Pennsylvania area who lost their lives in World War II, Korea and Vietnam. On his second combat mission,Sgt. Mathies, an immigrant from Scotland, participated in a bombing raid over Leipzig, Germany. During the raid, they were attacked by Nazi fighter planes. The co-pilot was killed and the pilot severely wounded. Mathies, the flight engineer and ball turret gunner took command and flew the damaged B-17 back to their home base in England, where the rest of the crew parachuted to safety. Mathies and the navigator were ordered to bail out also by their commanding officer who felt that the aircraft was too damaged to land safely. Both Mathies and the navigator refused to leave the pilot behind. In their attempt to land, the plane crashed in an open field killing all aboard. 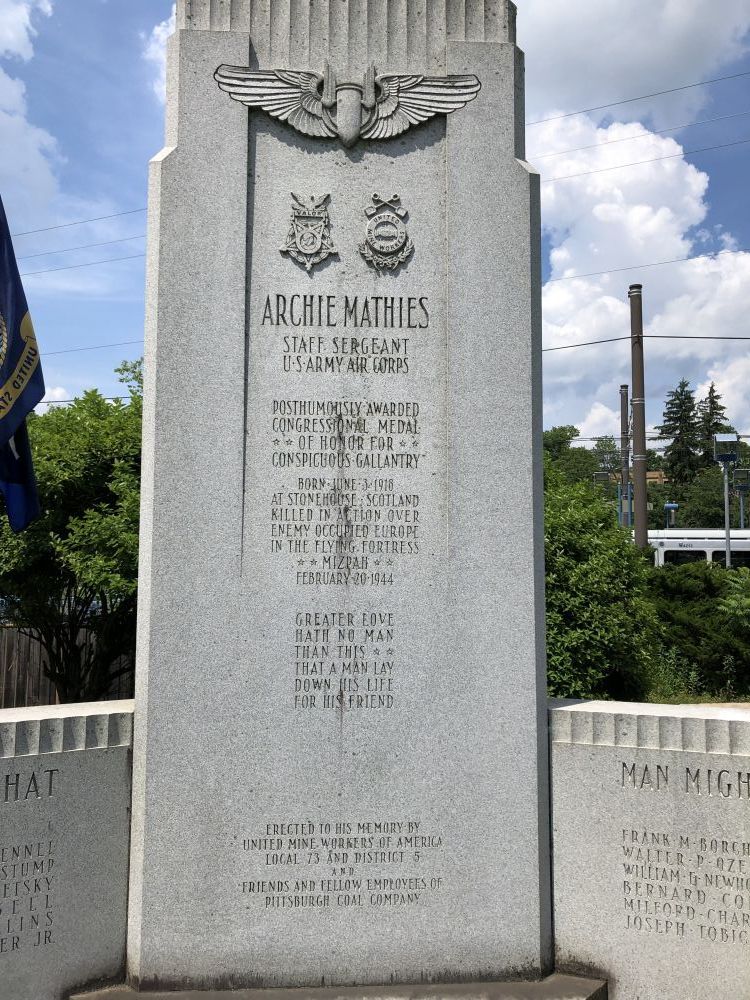 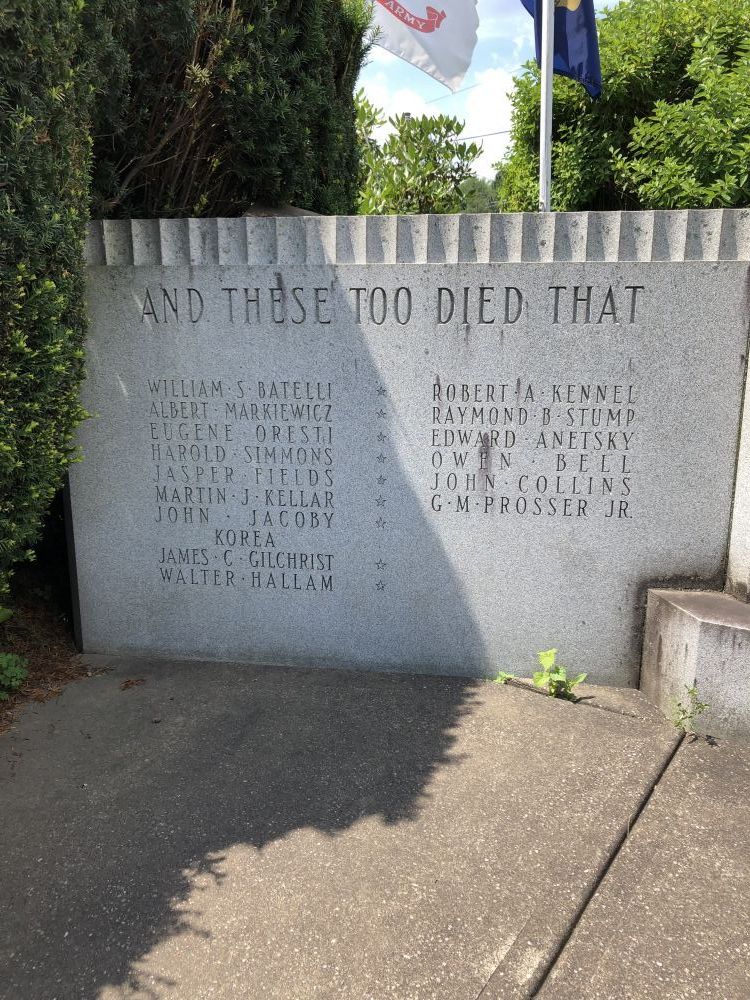 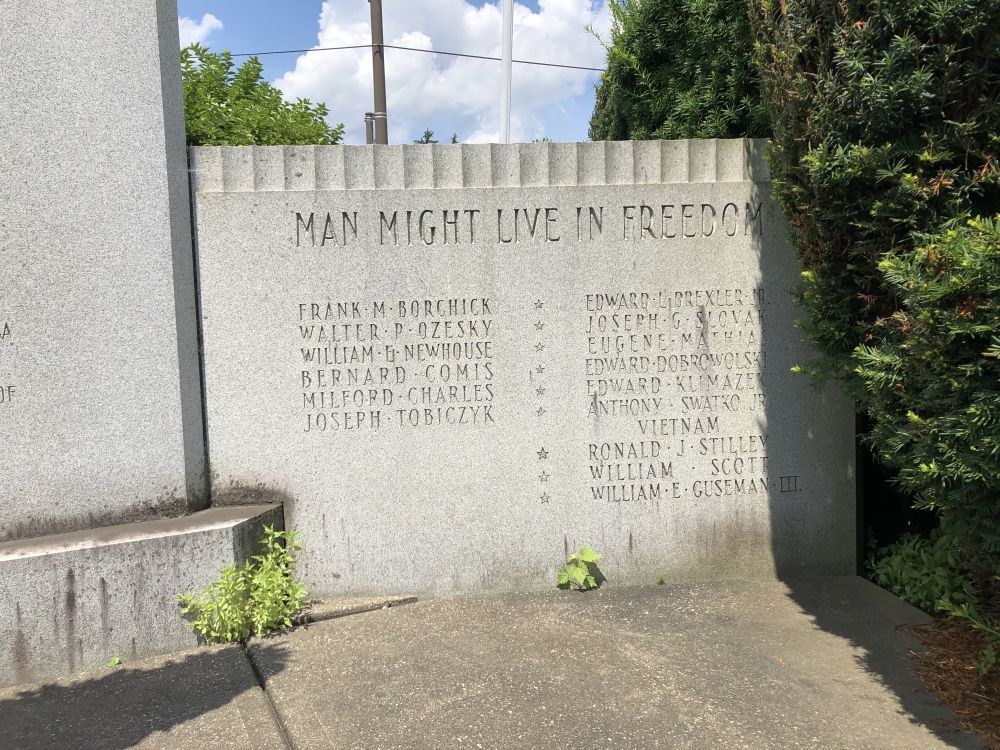