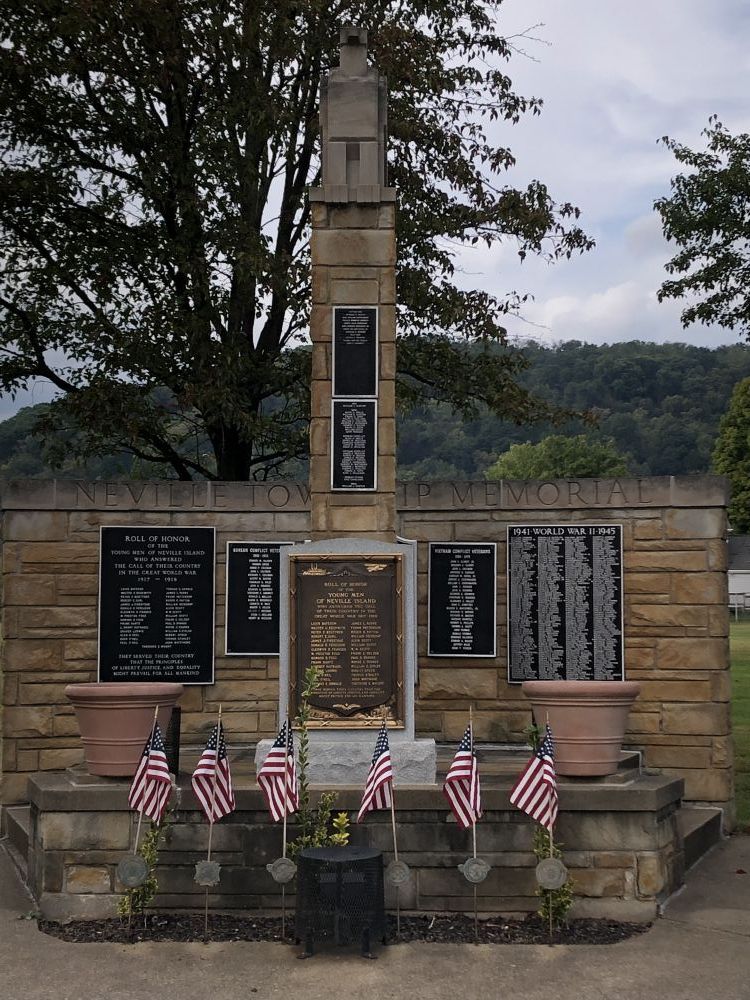 Honor roll memorial with bronze plaques. Originally a World War I monument, it has had additions for World War II, Korea & Vietnam. The main expansion likely occurred after 1945 given the prominent eagle done in the style of art deco that was popular in that era. Located next to the monument is a Pennsylvania historical marker detailing the shipbuilding that took place in Neville Township during World War II. The Dravo Company built LSTs ( Landing Ship - Tanks) for the war effort. After the ships were launched, they were sailed on the Ohio and Mississippi Rivers to the Gulf of Mexico. 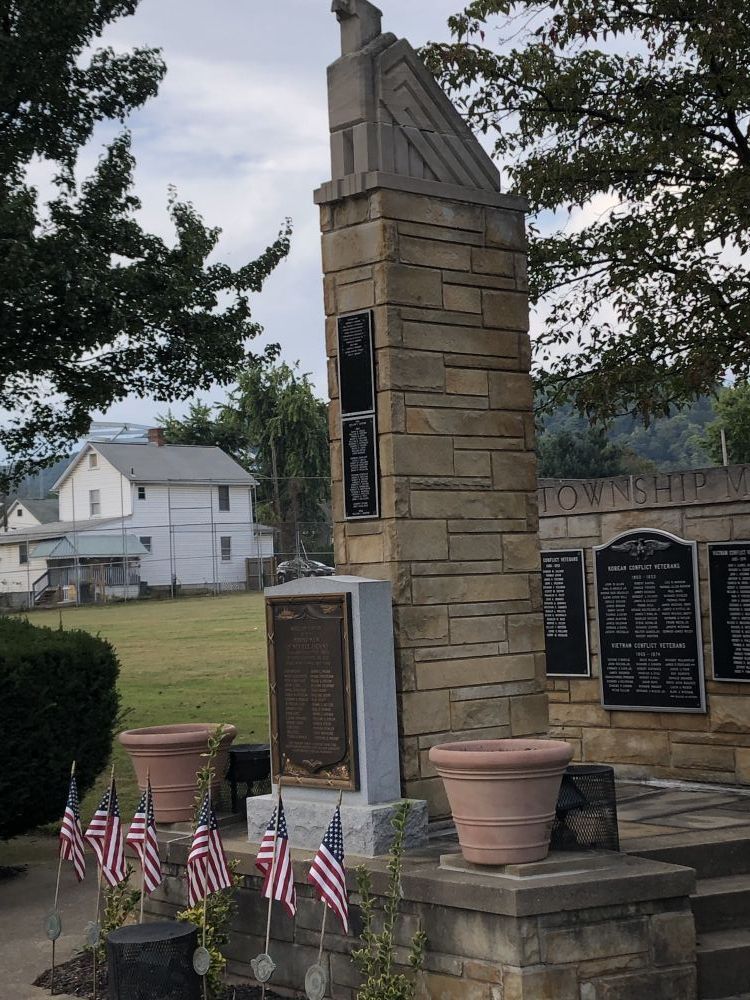 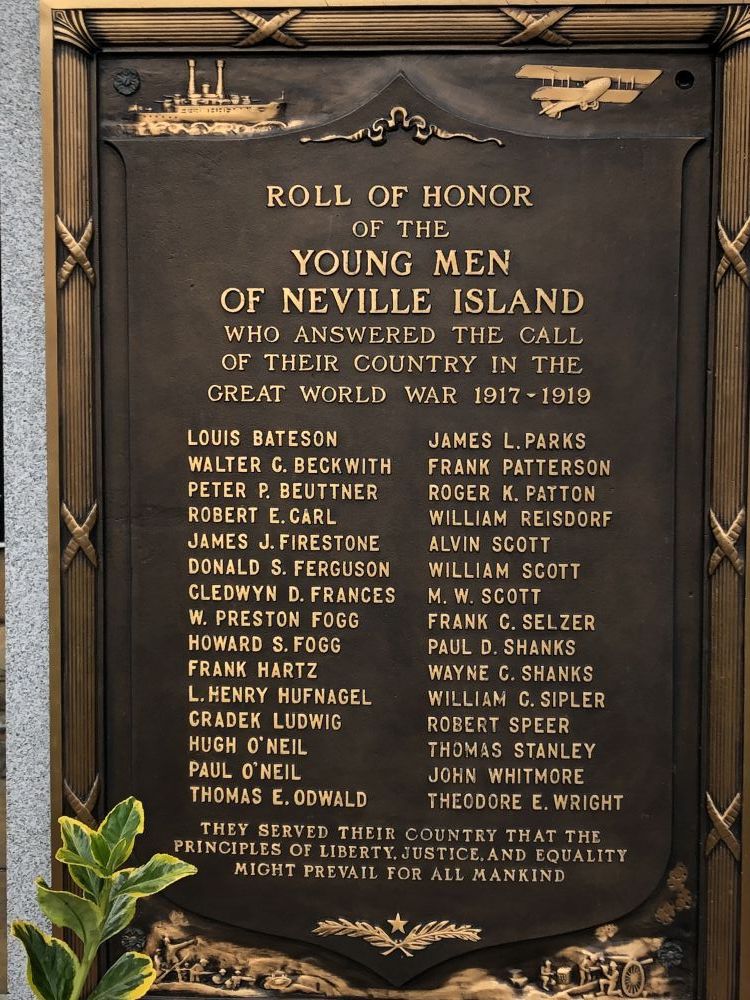 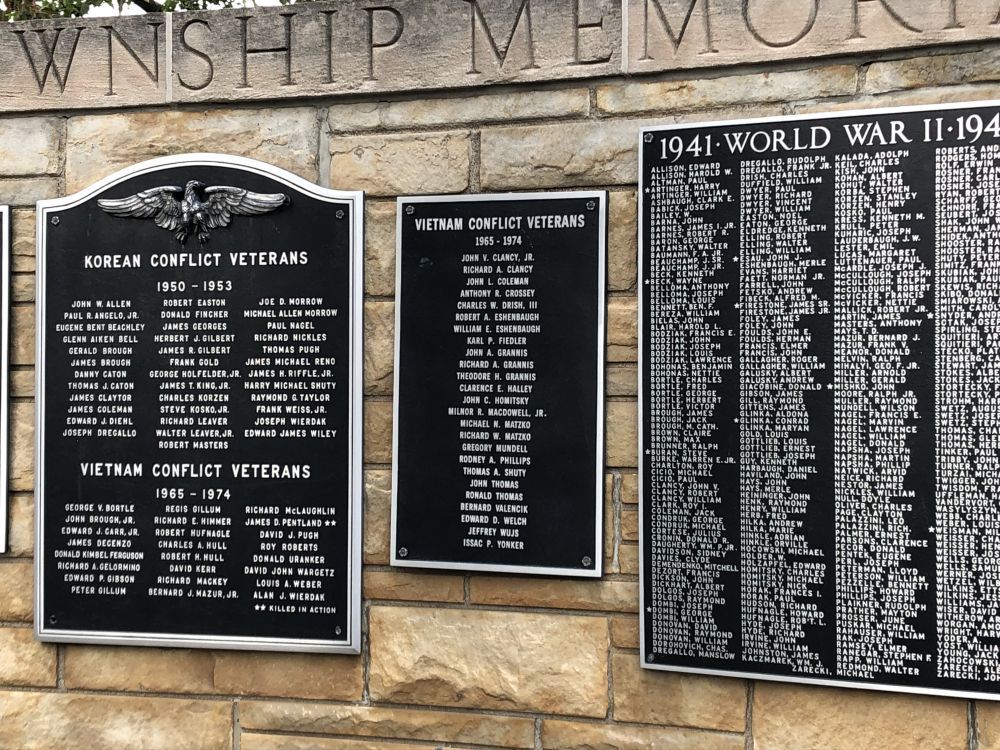 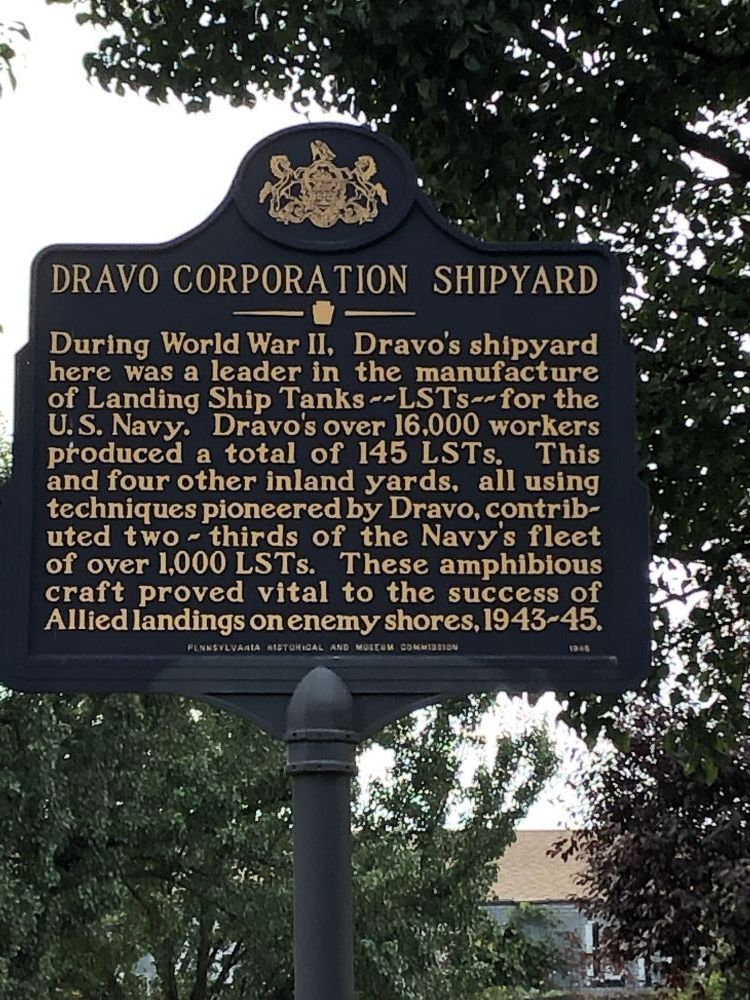