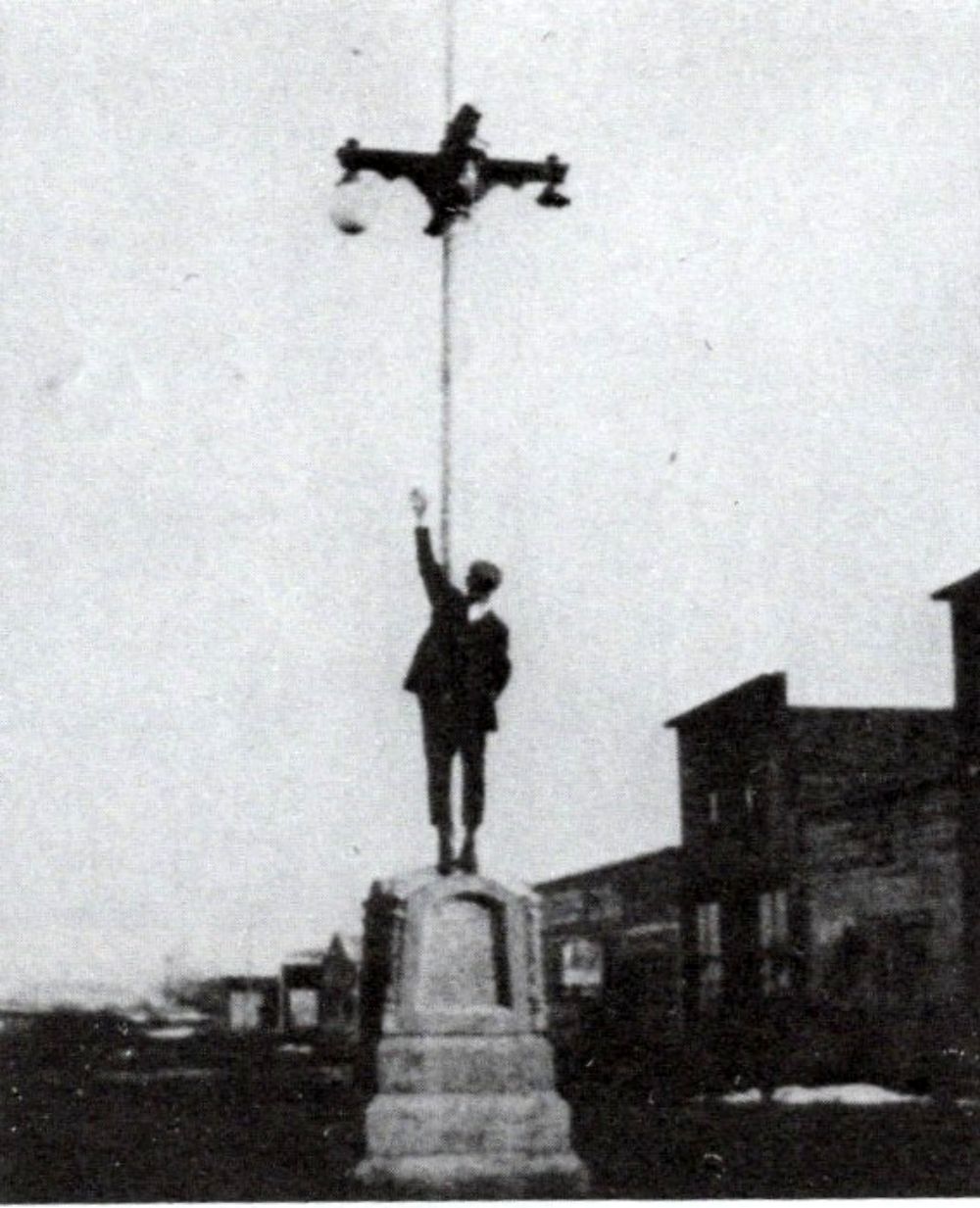 Memorial was first erected in the center of the block at Broadway and Main Streets in Delmont, South Dakota. The plaques were for the people that died in the World Wars. The original memorial monument was hit by many cars at the time of where it was installed in the middle of the intersection. The memorial monument was removed for safety purposes. The plaques were placed in City Hall until the 1950's when the American Legion had their Legion hall built. A concrete stone was made to hold the plaques in front of the Legion hall. During the Memorial Day service a wreath is placed in front of the monument to honor the dead.

Citizens of Delmont and Vicinity

Next to the front of the Legion Hall loacted at 114 E. Main Street, in Delmont, South Dakota 57330 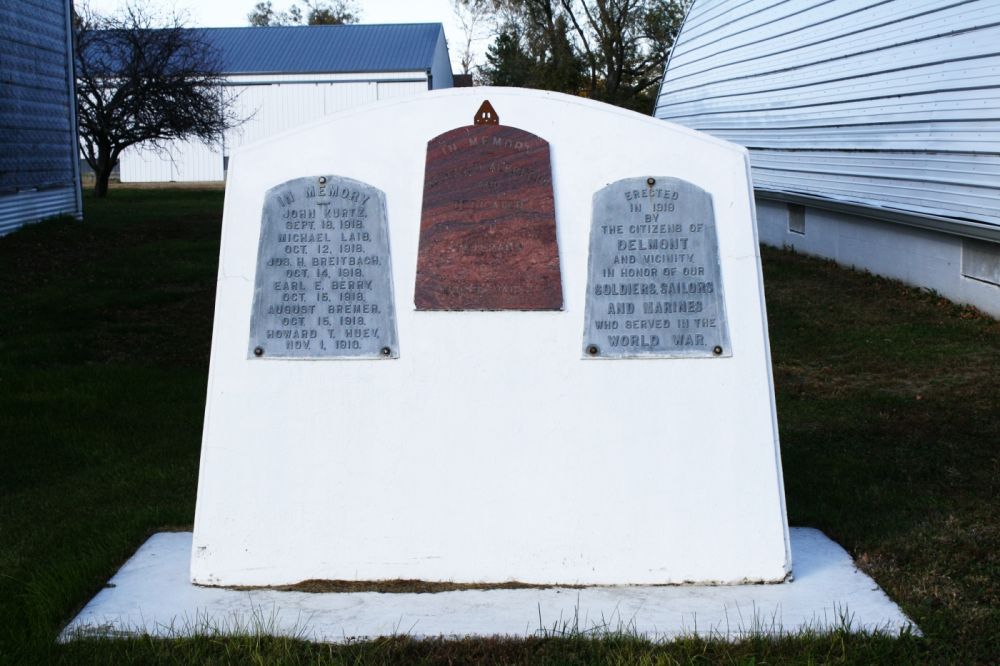 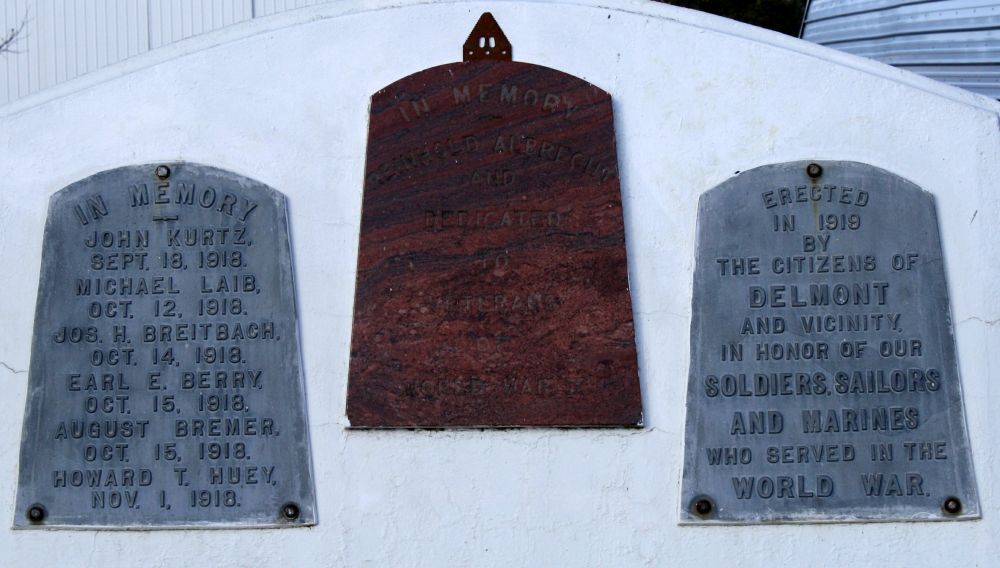