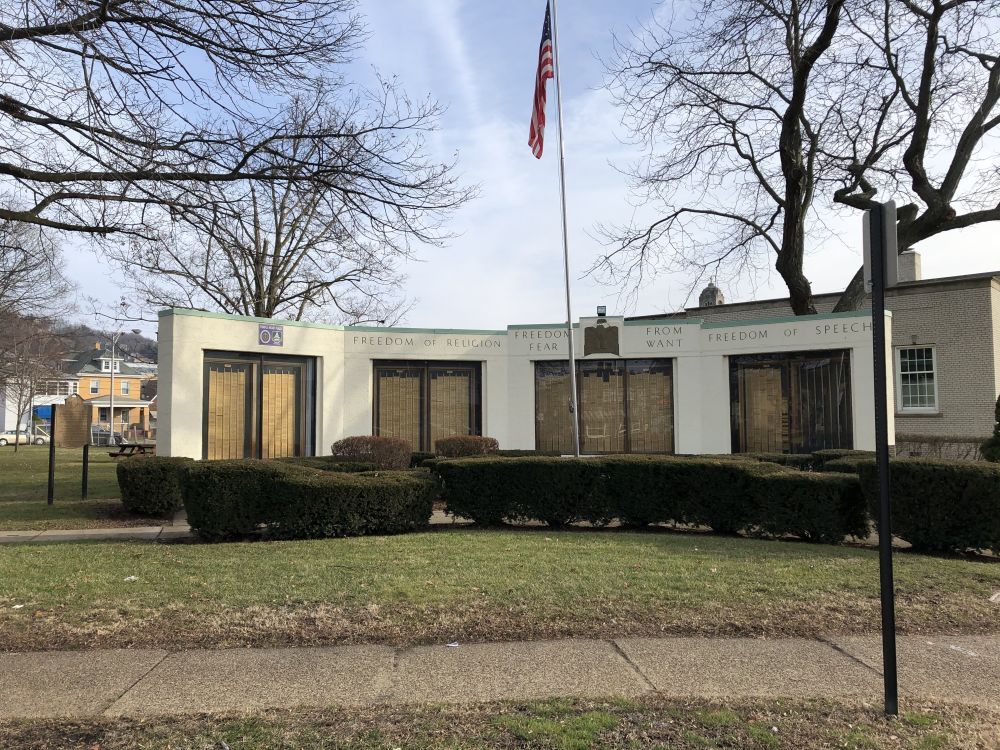 A city park with multiple veterans monuments. The keynote main monument is the Ambridge Honor Roll. It is an actual building with lighted display windows highlighting the names of all who served in military conflicts throughout the 20th Century and beyond. Originally for World Wars I, World War II. and Korea, it has been continually updated to the present day. Also incorporated is a bronze statue honoring the service of those in the World War I. 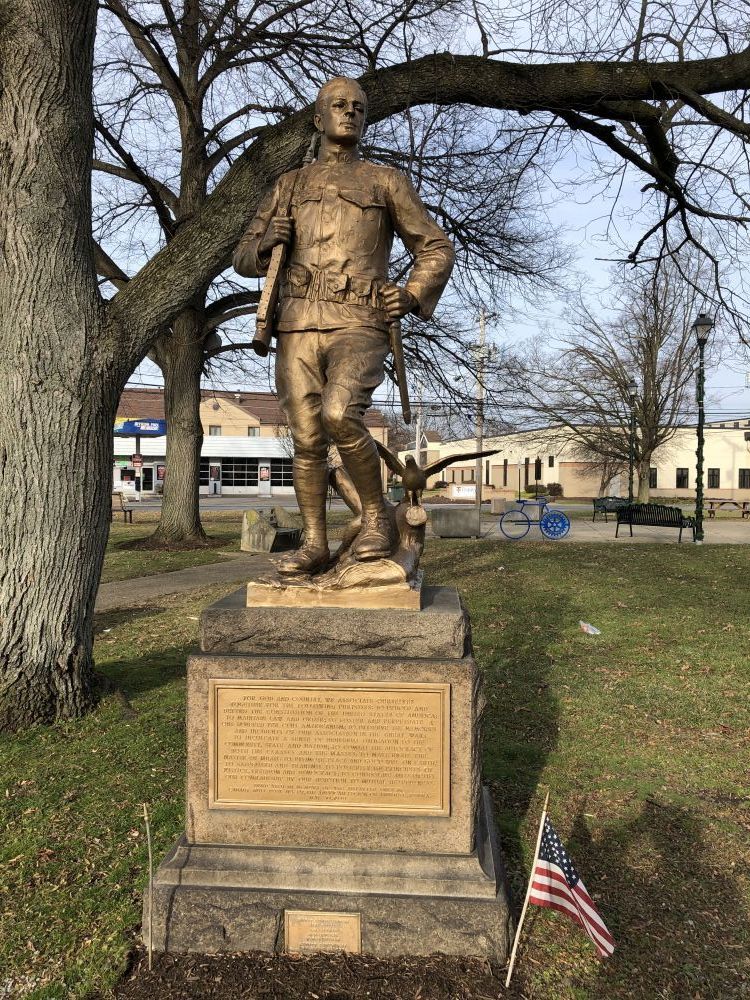 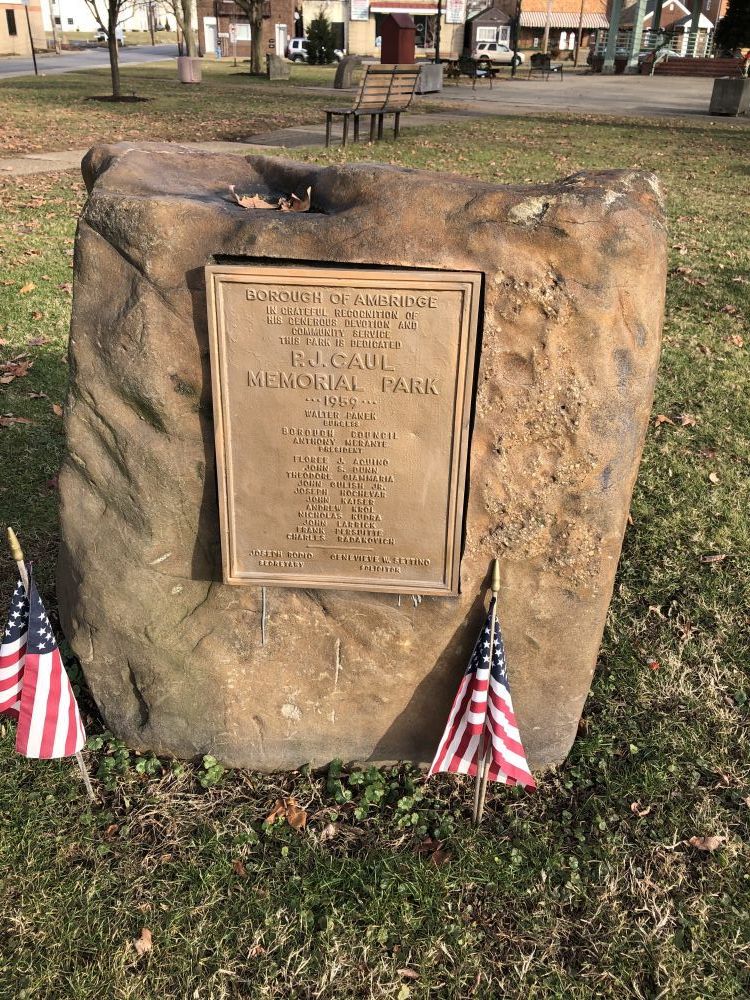