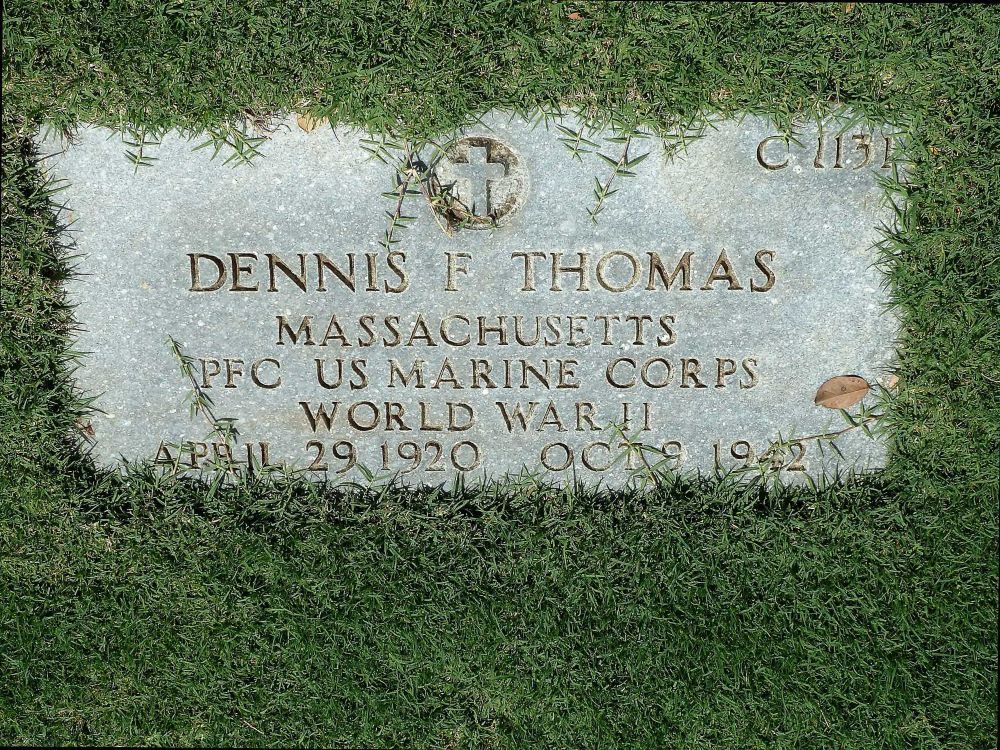 Dennis Francis Thomas was born on April 29, 1920 and was the first soldier from the Town of Barnstable, Massachusetts killed in action in World War II. He graduated with honors from Barnstable High School in 1939. He enlisted in the Marine Corps out of Boston on September 30, 1940 and was stationed in Cuba and Puerto Rico before going to the South Pacific war zone. On October 9, 1942, Private First Class Thomas died at Guadalcanal in the Solomon Islands located in the South Pacific. His first Marine Raider Battalion bore the brunt of a heavy enemy assault of 150 Japanese soldiers. Under the cover of smoke, automatic weapons, hand grenades and bayonets, he fought hand to hand combat against an overwhelming number of hostile forces. In the midst of a desperate battle, Private Thomas refused to be dislodged from his post and died heroically. His fighting spirit and unyielding devotion to duty were in keeping with the highest traditions of the United State Naval Service. He was awarded the Navy Cross and the Purple Heart. He was laid to rest at the National Memorial Cemetery of the Pacific in Honolulu, Hawaii. Private Thomas’ memorial stone is located at the intersection of Route 6A and Parker Road in West Barnstable, Massachusetts. 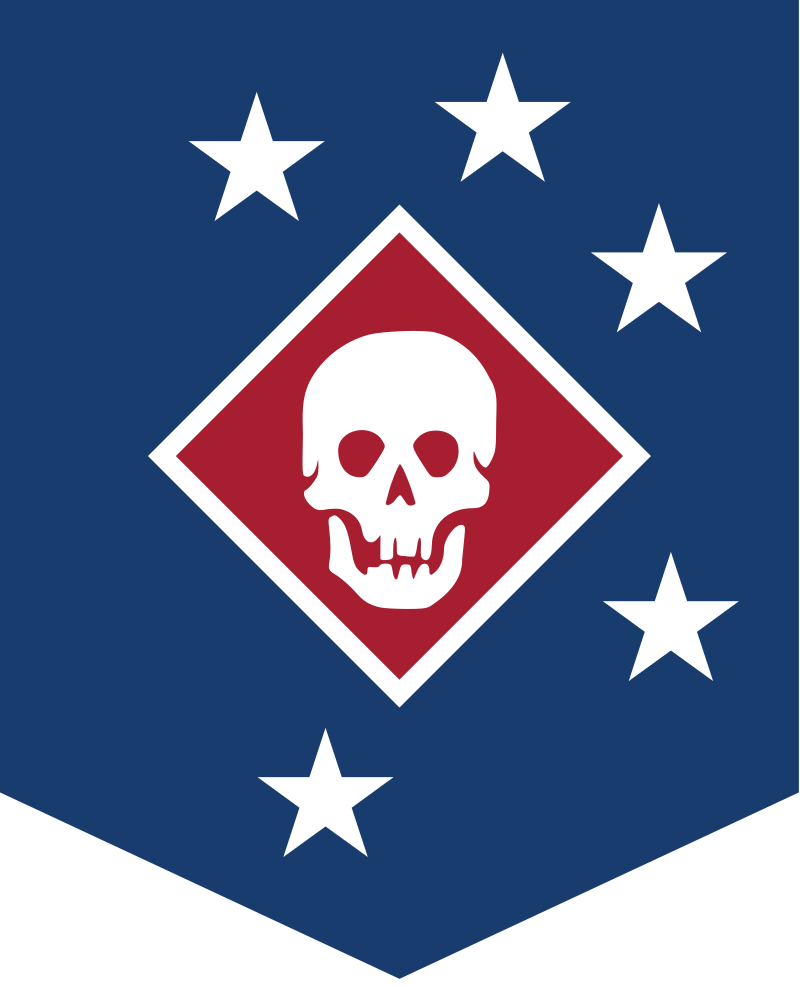