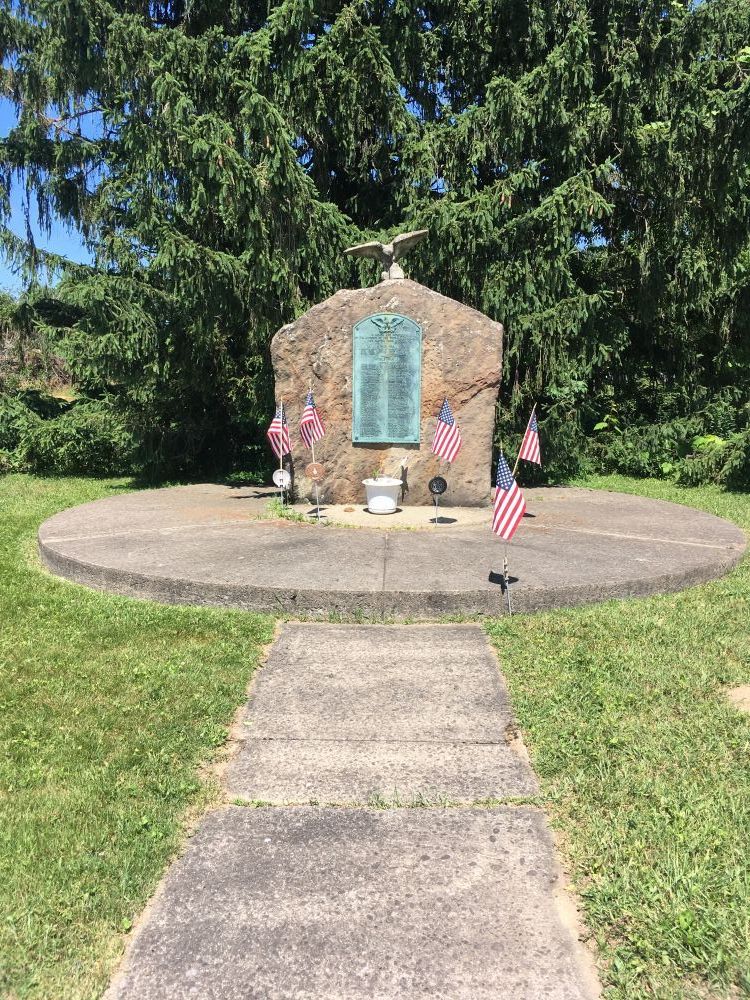 The location of the memorial was a United Mine Workers Union Hall. In the late 1950's, the mines closed and the hall was abandoned. The hall fell into disrepair and eventually burned down. A bronze plaque on local sandstone monolith remains on the grounds. It is an honor roll style memorial featuring the names of residents who served in World War I and World War II. One man died in each conflict. 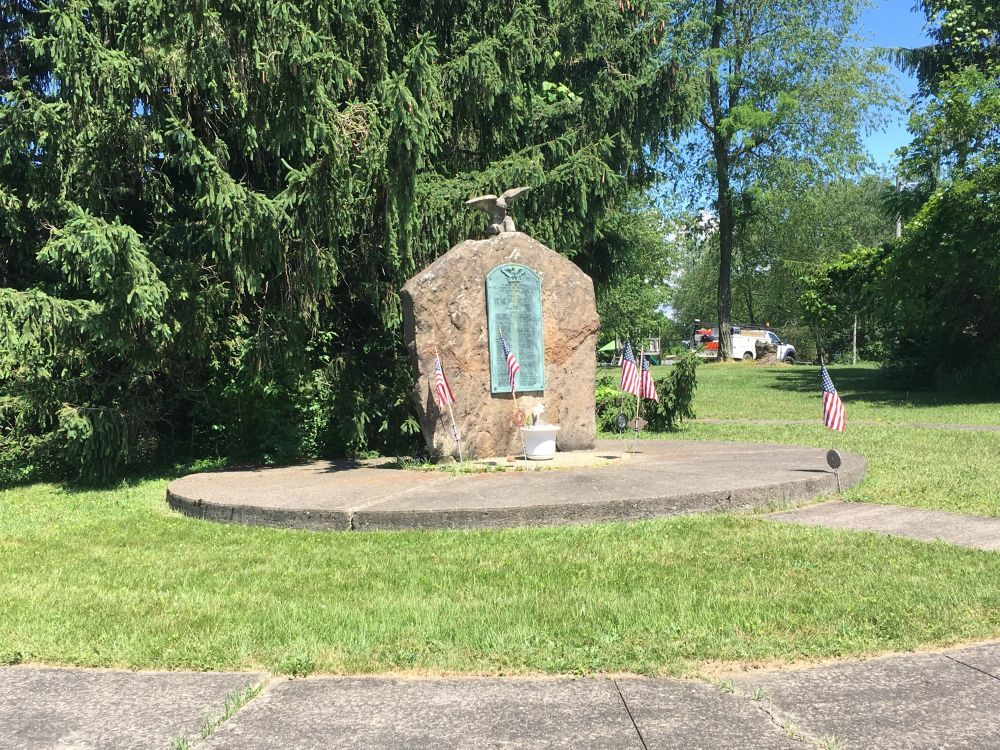 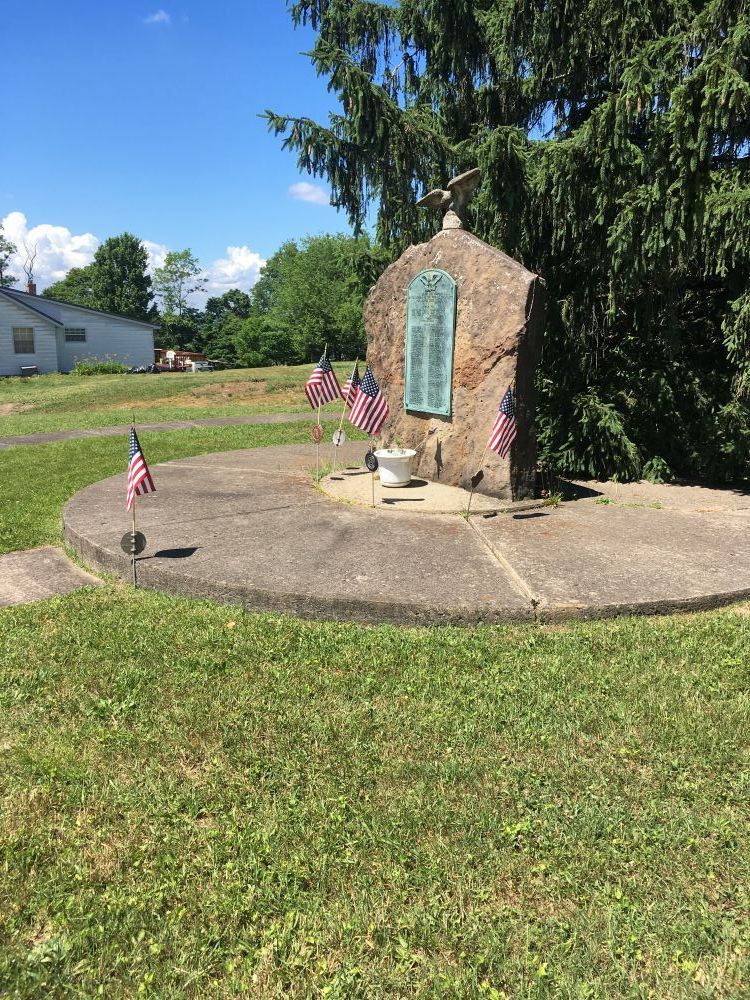 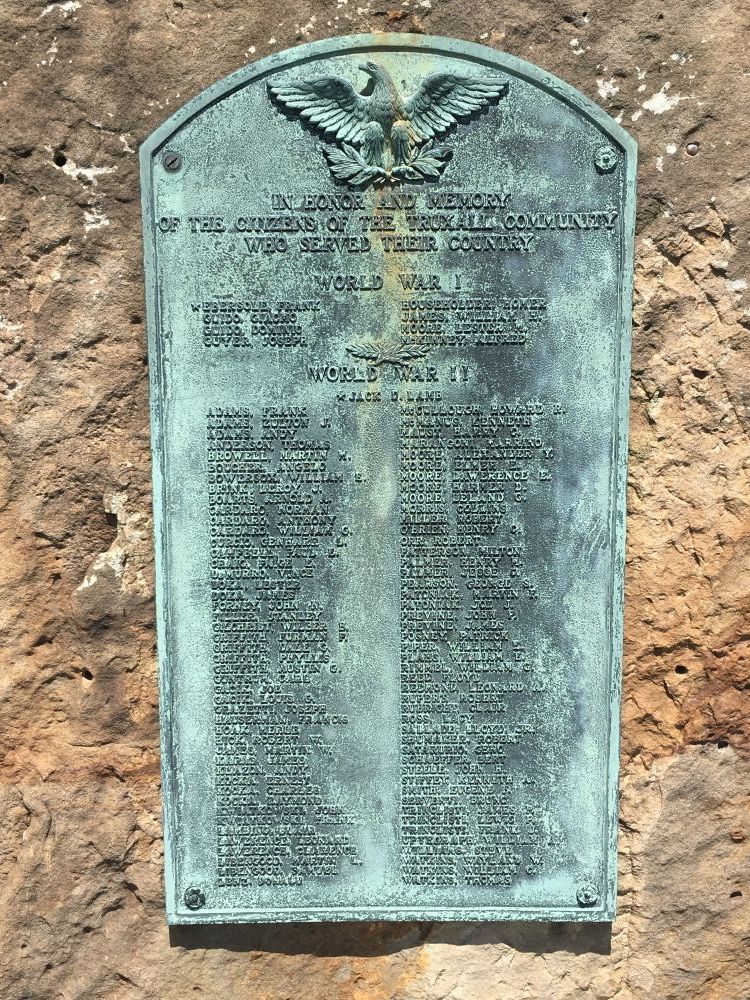 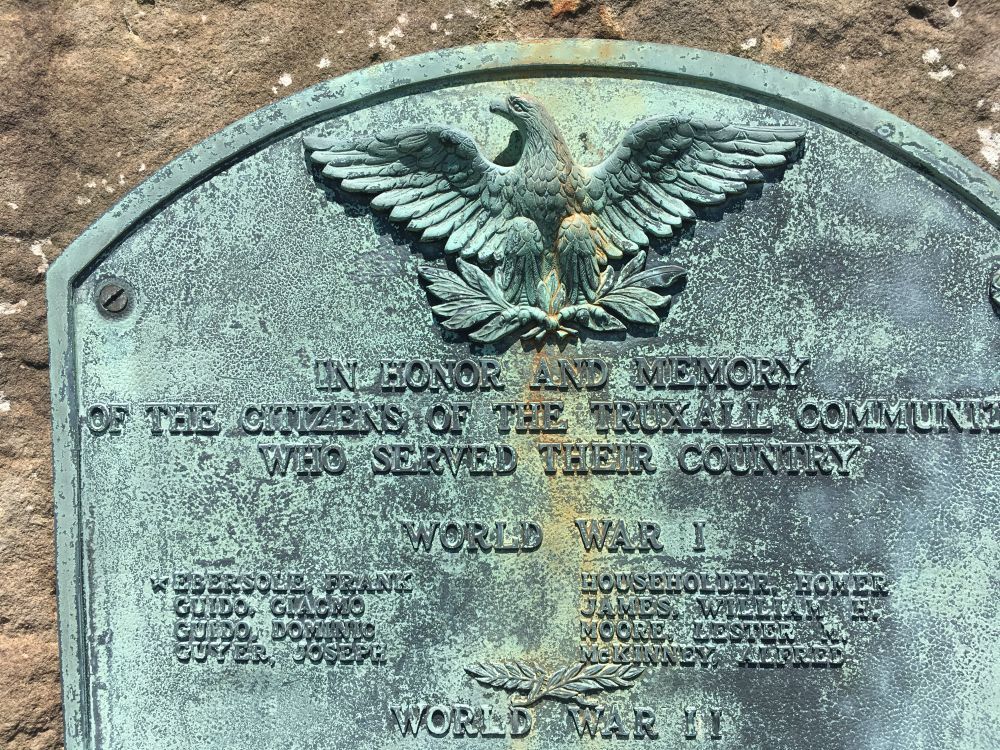