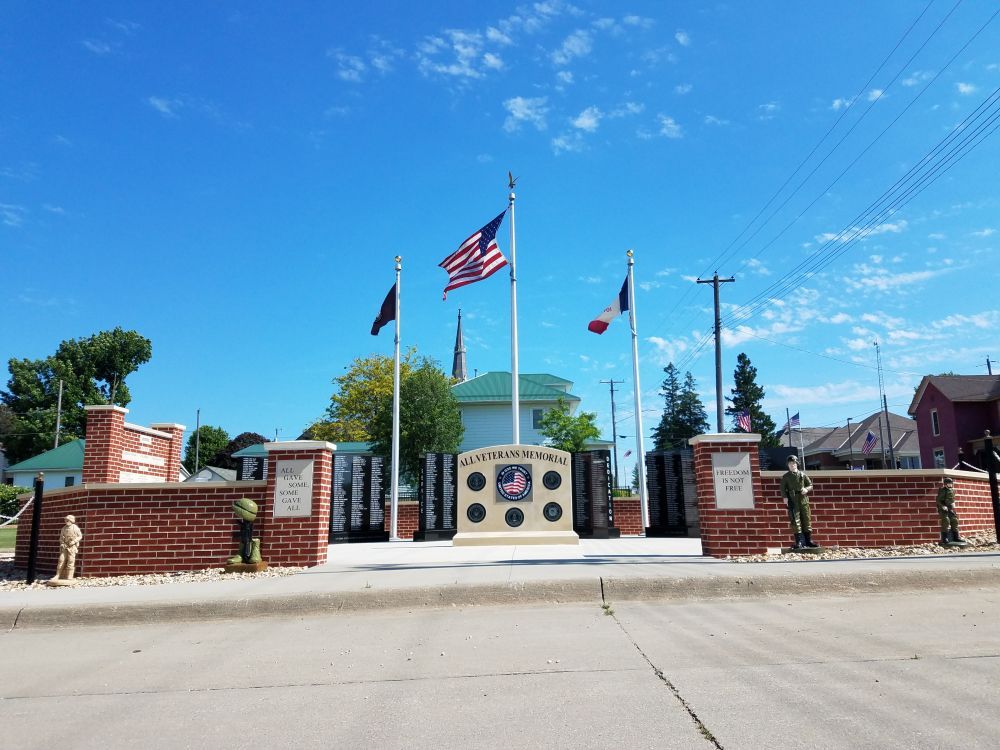 A committee of four veterans set out to build a memorial to honor all veterans: past, present and future. From the Civil War to today, the memorial immortalizes all those who served in all wars, in all branches of service. The goal was to include anyone who ever wore an United States military uniform. 100 years after the signing of the armistice between the Allies and Germany, the All Veterans Memorial was dedicated on November 11, 2018. Over 500 attendees attended. A hush fell over the crowd at 11:11 am, when a moment of silence was offered for every soul that had sacrificed for their country. All told, 42 veterans, young and old, took part in the ceremony. Flags were presented for every branch of service. A 21 gun salute rang out in the crisp autumn morning, followed by Taps and the Star Spangled Banner. Two local priests offered their blessings. As the ribbon was cut and family members poured into the memorial, it was ready to serve its purpose. Memorial stones list those that lost their lives. The memorial will be a symbol to generations to come. FREEDOM IS NOT FREE, AND IT'S WORTH SACRIFICING FOR.