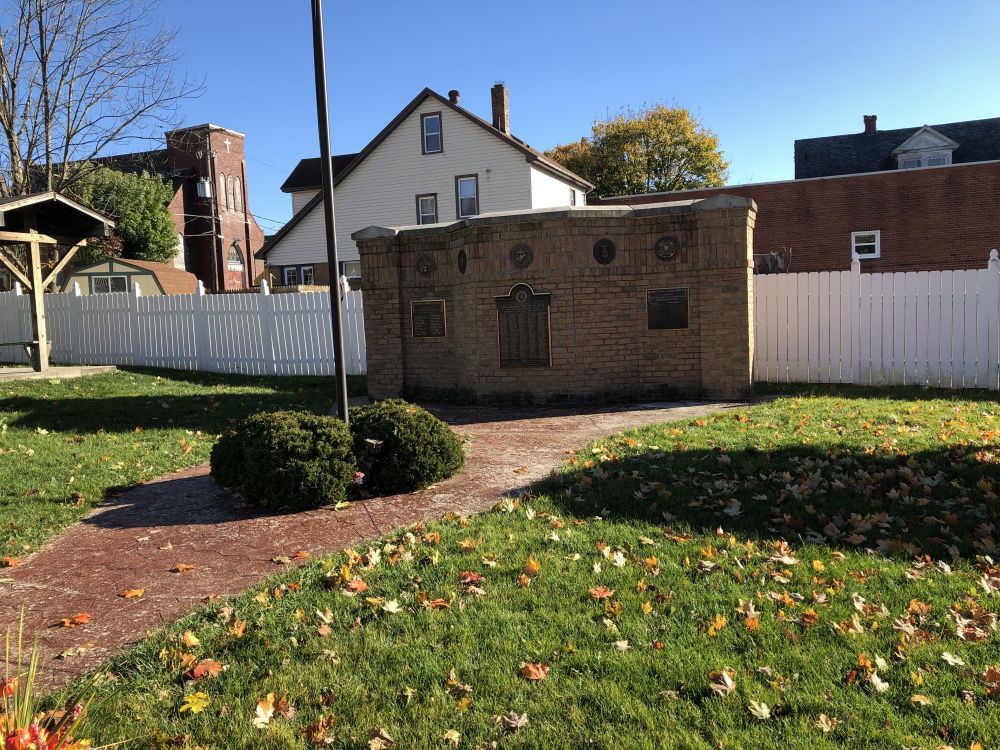 Memorial features a brick wall with three bronze plaques. The first is a World War I memorial with the names of Gallitzin, Pennsylvania citizens who fought in the war. Also listed are the names of 5 women who were nurses along with 7 men who returned to the newly independent nation of Poland to successfully fight against the Soviet Red Army. The second plaques lists the names of 26 local residents who died in the service of the United States in World War II. The third plaque has the names of 4 local men who gave their lives for their country in post World War II but not identified conflicts.

The First National Bank of Gallitzin,Pennsylvania 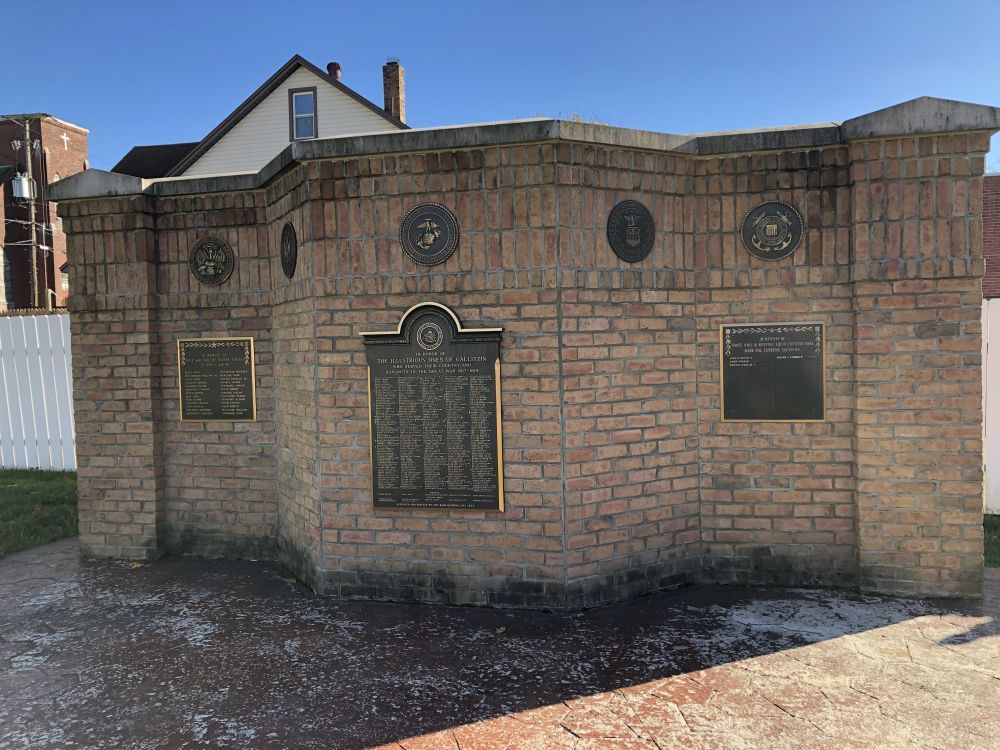 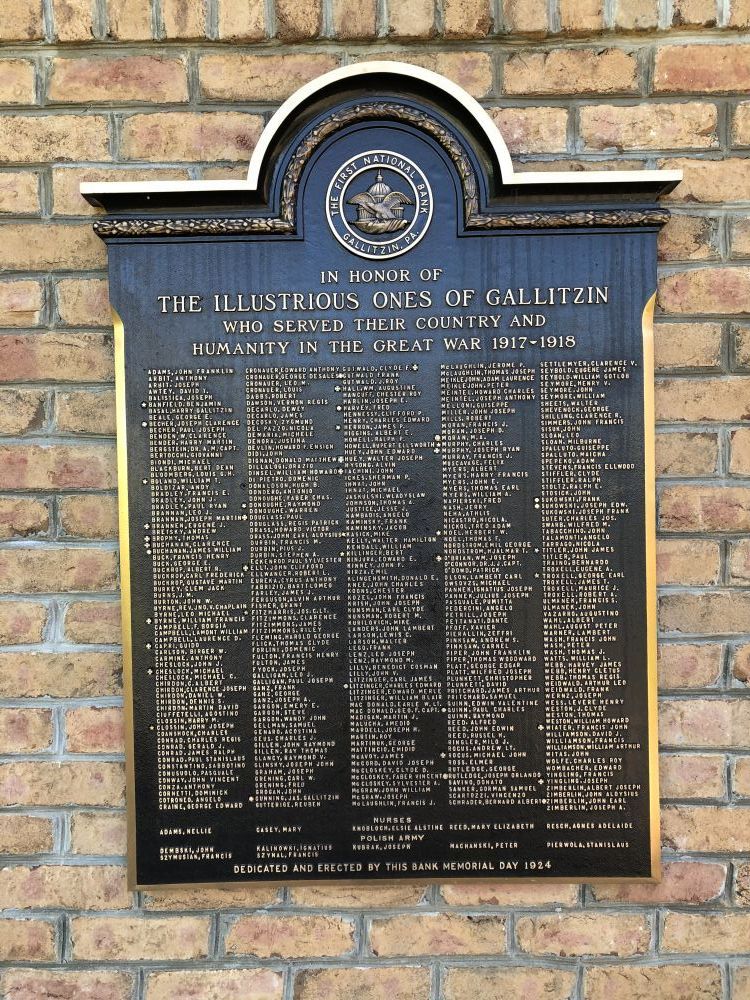 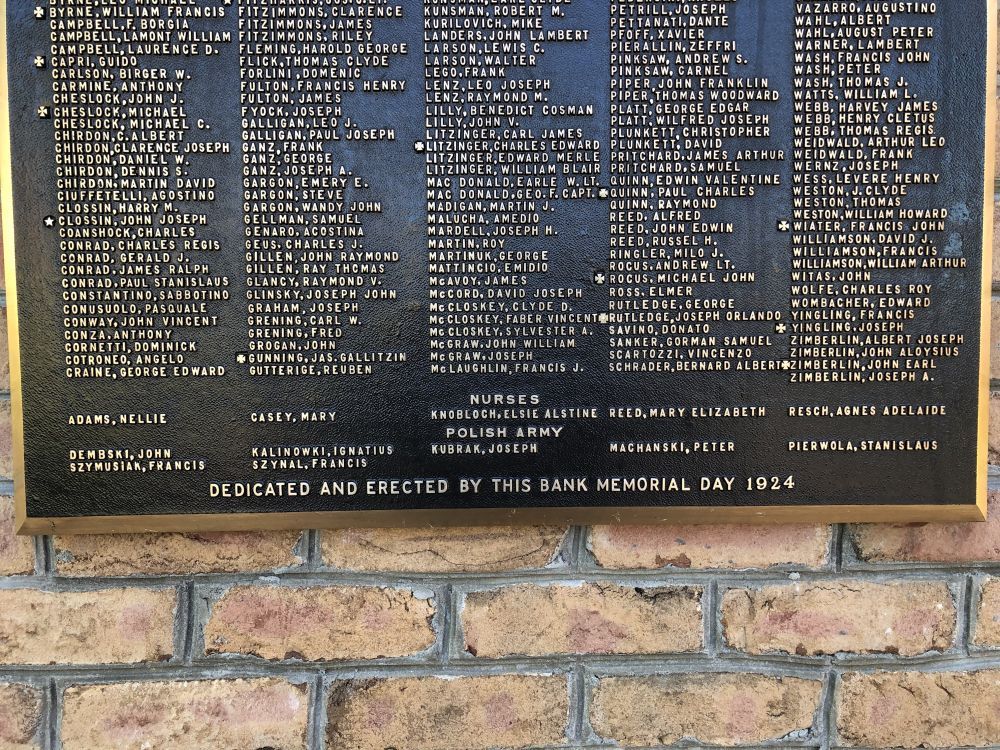 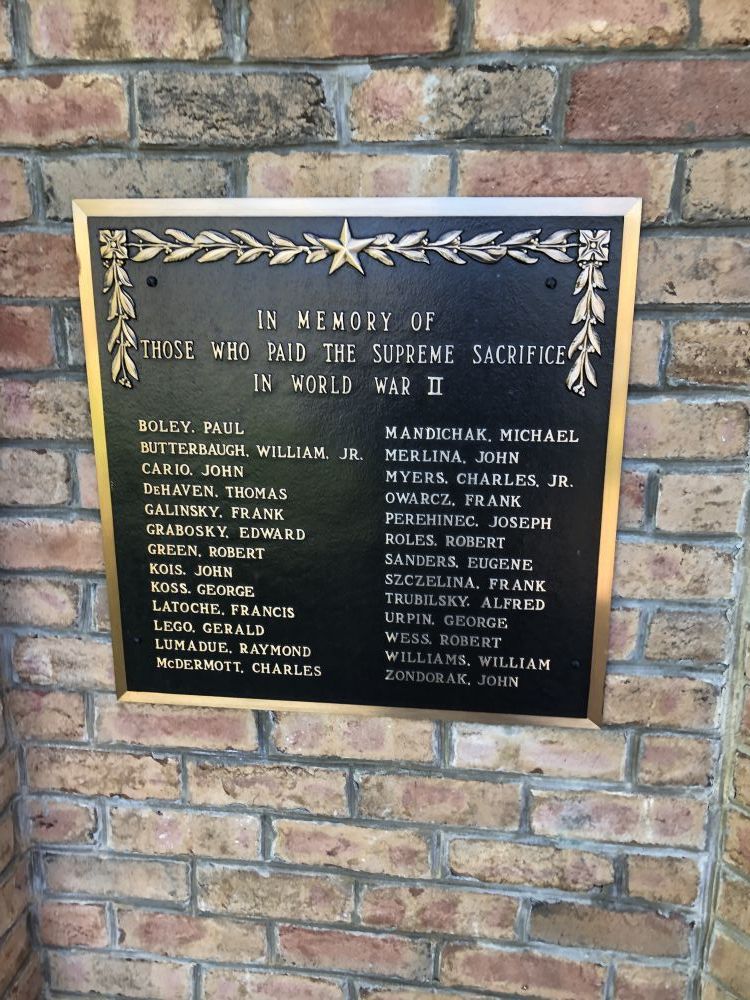 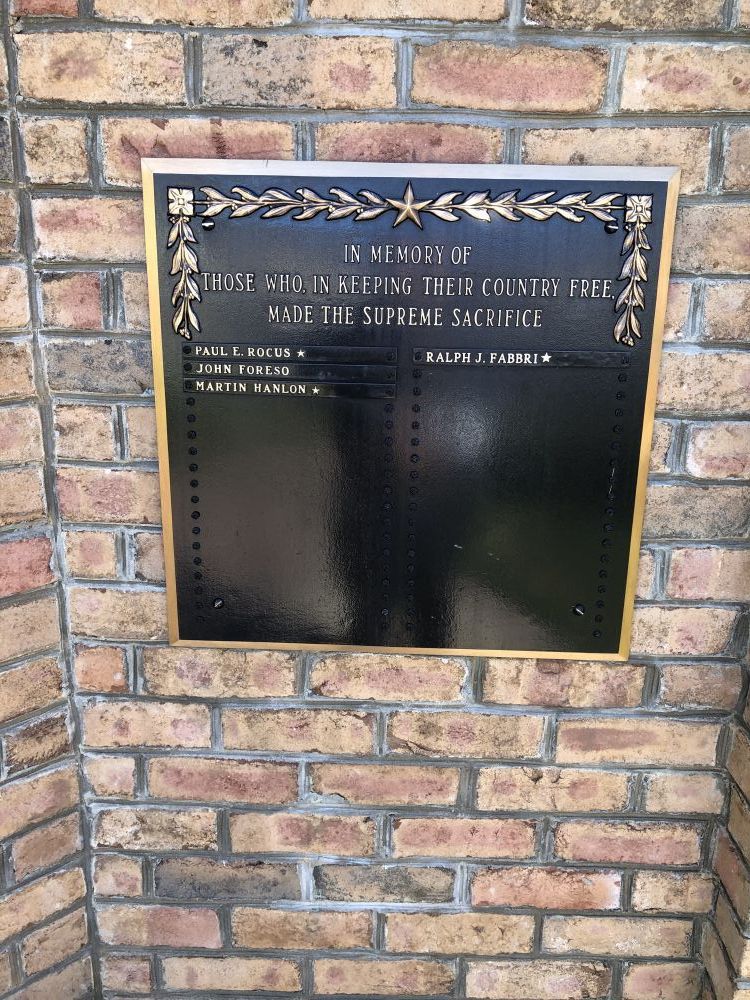