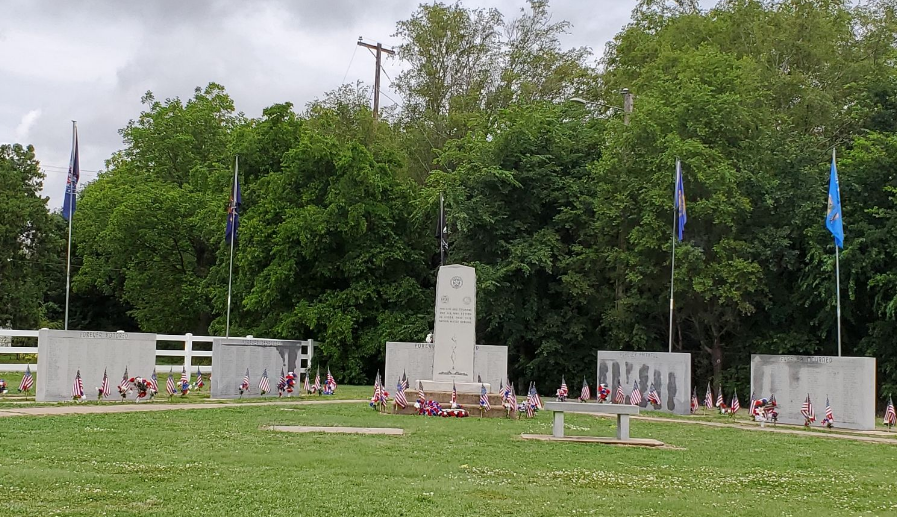 Memorial is located in the IOOF Cemetery for the Unknown soldiers in BlackSwell, Oklahoma. Sometime in the mid 1950’s a memorial marker was set in the northwest corner of the IOOF Cemetery for the unknown soldiers. In 1967 the American Legion appointed a board of members to study the feasibility of installing a memorial board behind the unknown soldiers’ marker. It was decided that the requirements to get a veteran’s name engraved on the stone would be that they had served in the armed services of the United States, honorably discharged and were buried in the cemetery. The only names to be engraved on the markers and not buried in the cemetery were to be soldiers missing in action or lost at sea. Early in 1968 the fundraising began and in December the first three 4’ X 9’ stones were ordered. These three stones, to be used for the memorial board honoring, were marked "Forever Honored, Forever Remembered and Forever Mourned". In January of 1969 the markers were installed and the first 346 names were engraved. On May 25, 1969 a dedication ceremony was conducted. In 1994 another fundraising began since the markers were almost fully engraved. In 1995 two more markers were installed, marked "Forever Faithful and Forever Respected". Every January a list of deceased veterans is obtained from the local mortuaries and the names are engraved on the markers with the help of the Disabled American Veterans and Veterans of Foreign Wars. From time to time the American Legion holds fundraising events to help with the costs of upkeep, engraving, and the future purchase of more memorial stones.