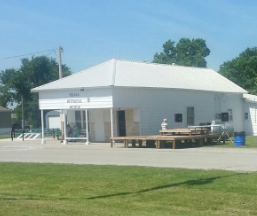 Talala Museum, which was the original site of the Talala Post Office, lies a sculpture on the left side of the museum made by the Talala artist Sandra Van Zandt of the “High and Mighty” Eagles. Surrounding the high and mighty eagles are bricks with veterans’ names on them. On May 2012 three plaques honoring World War II veterans were added to the Talala Veterans Memorial. On the left plaque is Seaman, First Class, U. S. Navy, Claude Albert Clemmons, 15 Feb 1919 in Talala, Oklahoma. Seaman Clemmons served in 7th Division aboard the USS Arizona and died December 7, 1941, Pearl Harbor, Territory of Hawaii. On the center plaque is Sergeant Roy W. Harmon World War II Congressional Medal of Honor Recipient, one of six Native Americans to receive the award. Roy W. Harmon enlisted in the Army from California and was sent to Europe with Company C, 362nd Infantry Regiment, 91st Division. He was killed in Italy while attacking German firing positions that were pinning down Allied troops. He was posthumously awarded the Medal of Honor in 1945 in recognition of his actions. On the third plaque is Sergeant Robert H. Higeons who served with the 382nd Bomb Group, 536th Bomb Squadron at Pocatello Army Air Base. He and four fellow crew members, 2nd Lt. James H. Findley, Sgt. Nicholas J. Gargano, Sgt. Lewis M. Getty, and Daniel F. Walter, did not survive the crash landing of B-24D Liberator #41-24150 near American Falls, Idaho. 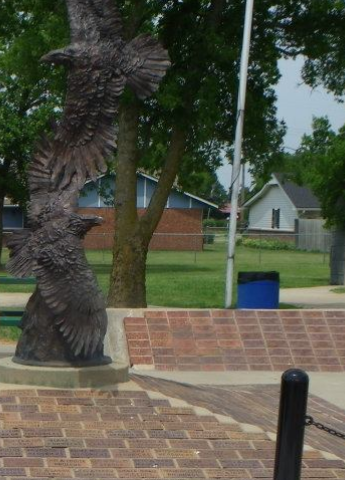 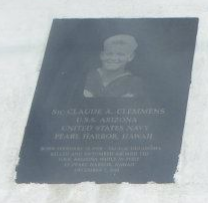 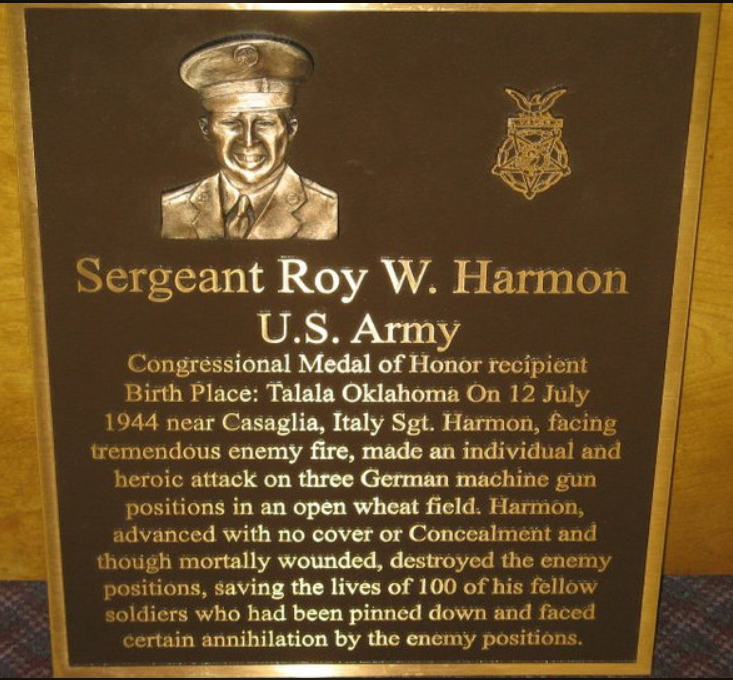 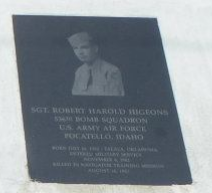