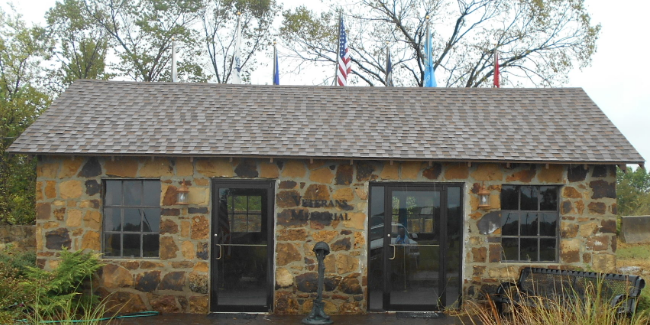 Wewoka Oakland Cemetery is south of Wewoka on Highway Oklahoma 56. The WPA in 1936 built a rock wall around the cemetery as well as a rock building housing the Veterans Memorial. Locate the memorial as you drive into the entryway directly across from the entryway on the East boundary of the cemetery. The Veterans Memorial has two entrances and a large patio in front with a large bench for resting. A bronze Battlefield Cross with the rifle, helmet and boots greets visitors between the two entry doors. A bronze plaque reads: "Dedicated in memory of the soldiers of Seminole County who gave their lives for our country that life, liberty and pursuit of happiness may not perish from this earth. Below that is a list the names from World War I, World War II, and Korea. The bronze plaque was placed by John F. Brown American Legion Post 284 (John F. Brown was a principal chief of the Seminole Nation prior to Statehood), and Harrison-Bell American Legion Post 122. The names of hundreds of Seminole County soldiers who fought in the Civil War, Spanish-American War, World War I, World War II, Korea and Vietnam are engraved on a beautiful black granite slab on the wall. 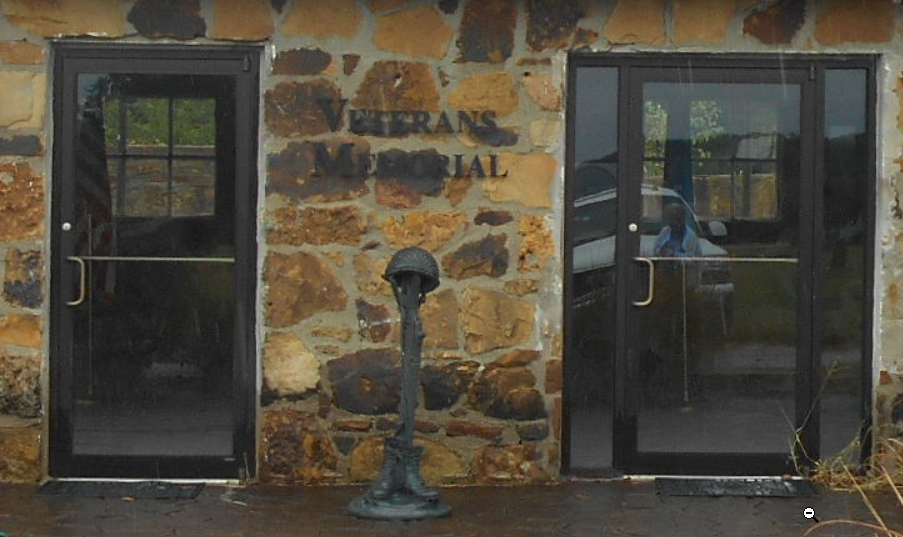 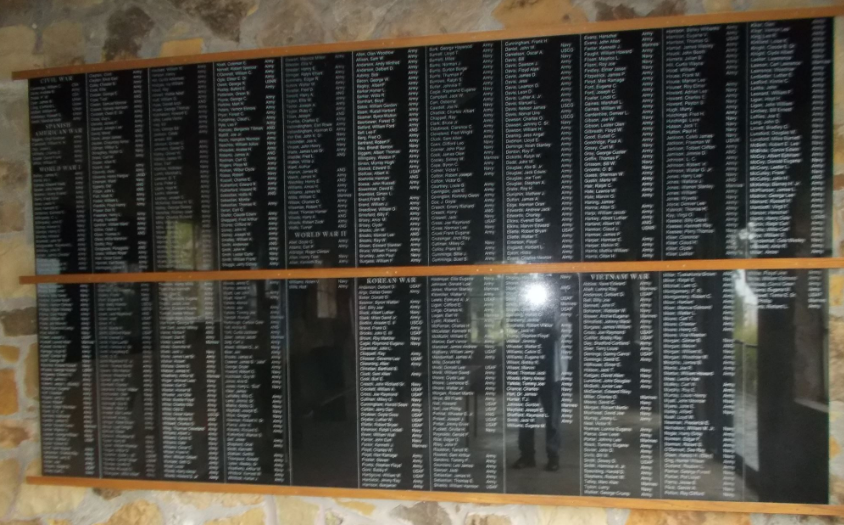