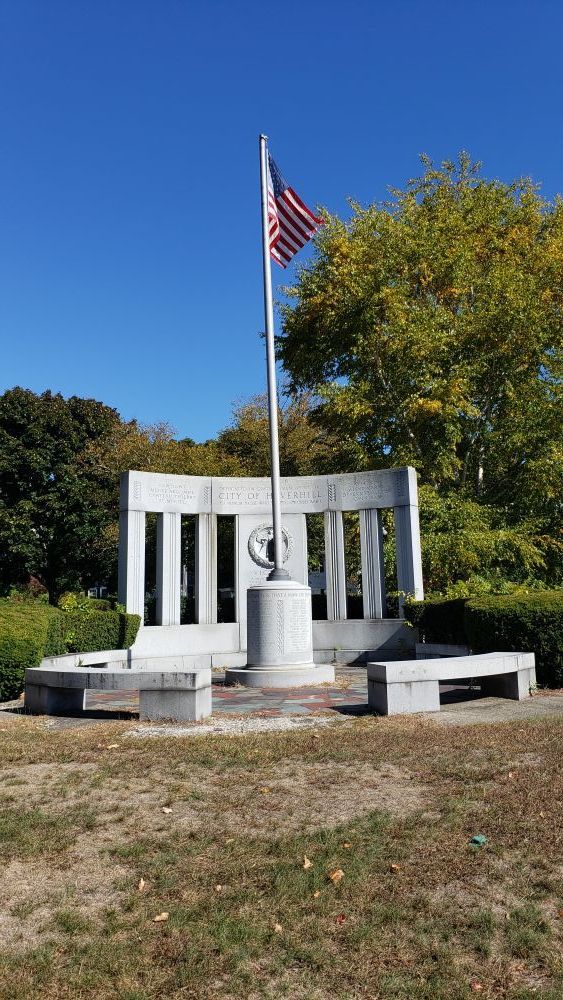 A granite backdrop and series of granite benches gracefully ring a memorial flagpole whose base lists the men from Haverhill, Massachusetts who served in the conflict. This beautiful granite monument honors those who served their country in World War I; however it's journey to existence was a long one. The city of Haverhill and its World War I veterans made several attempts to build a memorial to honor those who served their nation during the “war to end all wars” but always seemed to run into stumbling blocks. Initially the city wanted to honor the veterans by giving scholarships to Haverhill and St. James High School’s graduating seniors. The Haverhill Gazette wanted to build a pool and dedicate it to their services. Both ideas were rejected by the veterans. A compromise was reached when the veterans and city decided to refurbish Tilton Tower and make it the city’s World War I monument. Over $100,000 was allocated for the project and plans were drawn up for the memorial. However, before work could begin the Stock Market Crash of 1929 struck and put the project in limbo. In 1956, after over a quarter of century of debate, the Haverhill War Memorial Commission finally decided to erect a monument. After considering four sites, the monument's location was narrowed down to either GAR or Gale Park, with this site winning out. Eight potential designs were submitted to the War Memorial Commission. The Atwood memorial plan, whose preliminary drawings proposed a semi-circular design with six pillars, three on each side of a broader center section, caught the eyes of the commission and the veterans committee and was selected. The memorial was paid for by refunds to the city of unused bonus money that the state legislature had voted for the veterans. The memorial stands at a height of 13 feet, is 23 feet wide, and consists of 1,450 square feet of cement walks with two benches inside a partial enclosure formed by hedges. A flagpole rises from a pedestal in the center of the enclosure. Two color cement has been used to form a star on the floor of the enclosure. The flagpole’s base lists the men from Haverhill who served in the conflict including the 104 names of those who died during the war. The center of the memorial features the following inscription: Victory – In the days of triumph and peace it is wise to remember the cost of victory. Let us resolve that the sacrifices made by these men shall not be in vain. Let us, the living, pledge ourselves to preserve and protect for their children and ours the freedom and liberties for which they gave their lives. 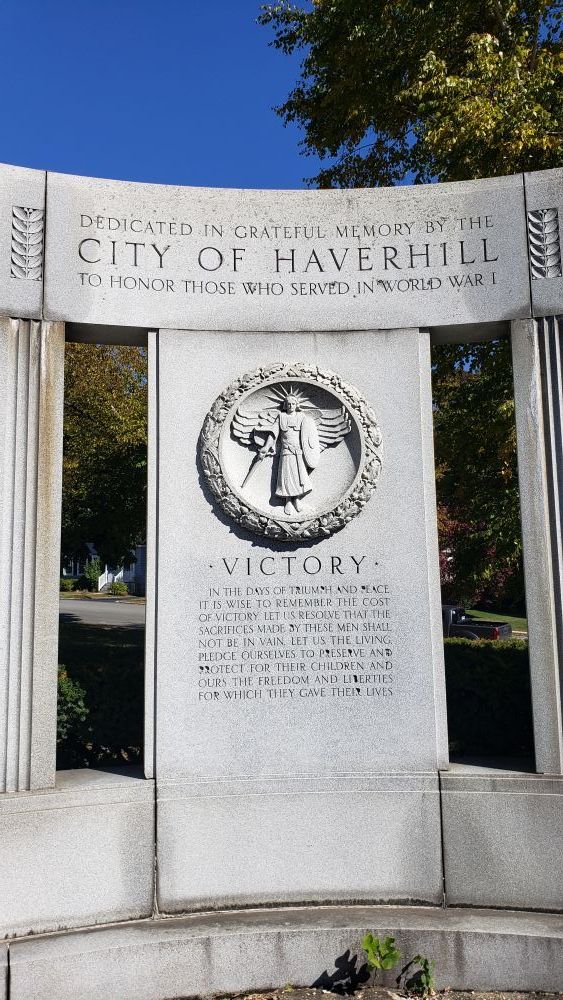 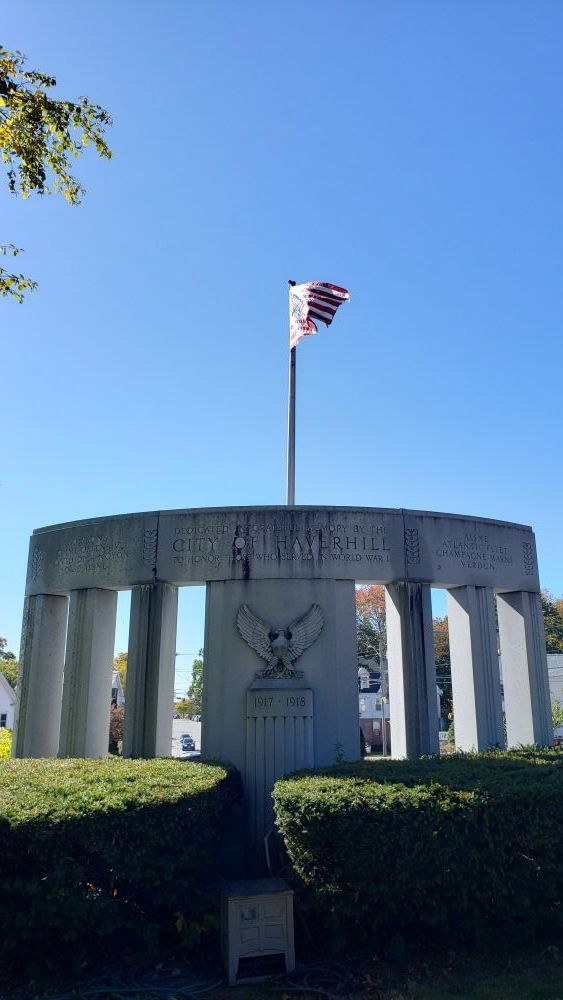 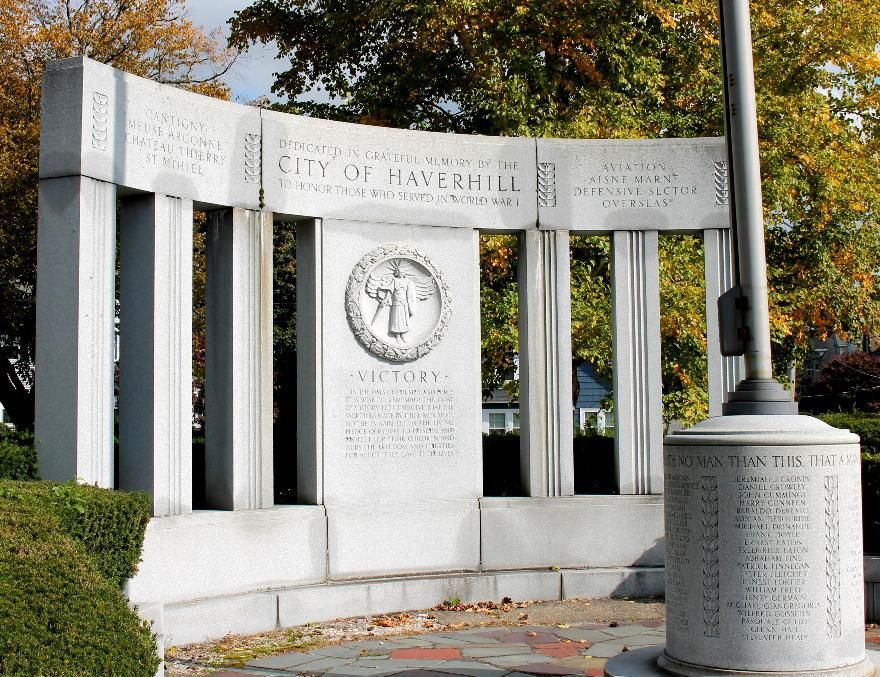 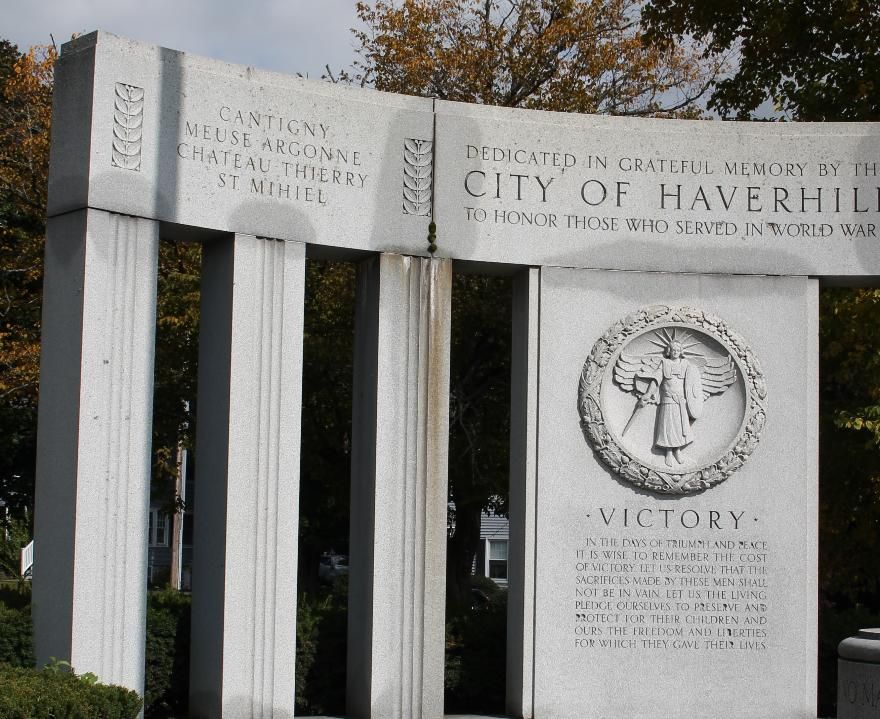 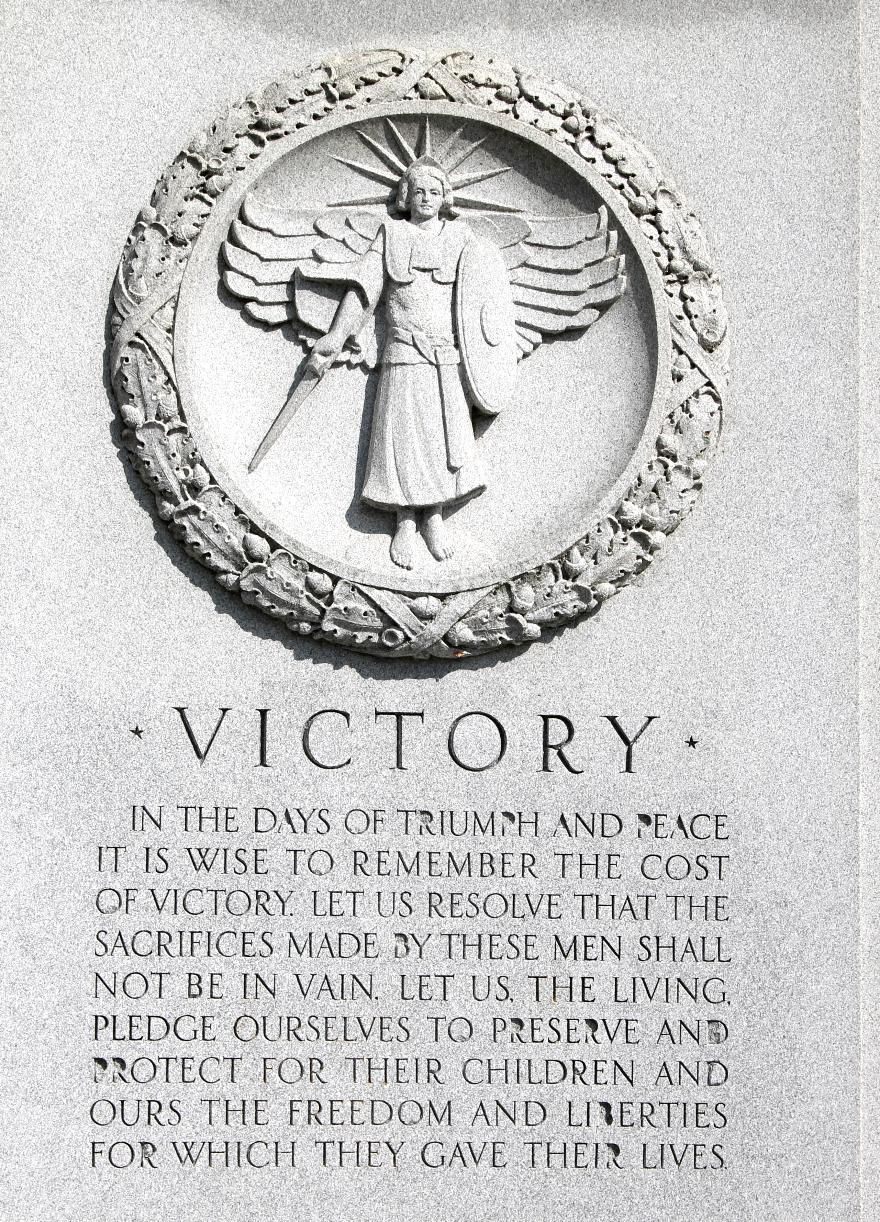 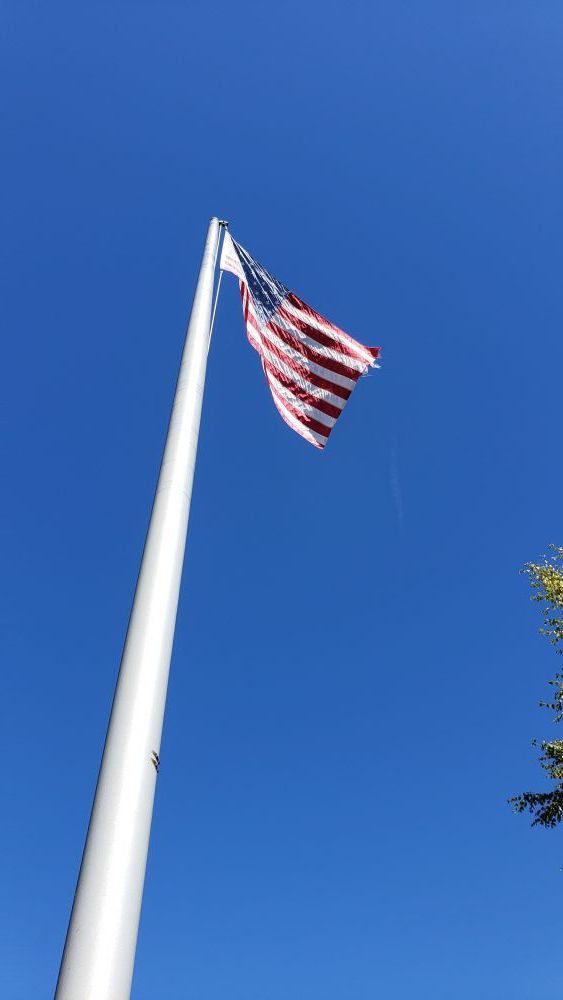