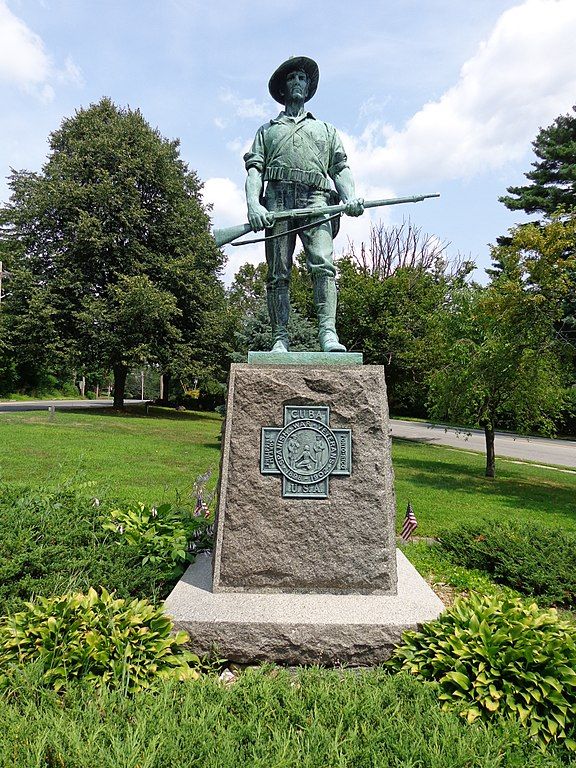 This monument was erected and dedicated on October 24, 1926 by the city of Haverhill, Massachusetts. It collectively honors the the men who served in the Spanish-American War (1898), those who served in the China Relief Expedition (Boxer Rebellion, 1898-1901), and those who fought in the Philippine Insurrection (Philippine-American War, 1899-1902). Three Medal of Honor winners (2 from the Spanish-American War and 1 from the Philippine-American War) were in attendance at the monument’s dedication. The monument features a soldier in period dress set upon a granite block/obelisk. The four sides of the base each have a plaque with additional information, including the names of those who gave their lives in service to their country. Action in the Philippines produced the most battle casualties among those listed; however, disease was actually the biggest killer overall. Originally, this monument was located between Winter, How, and Emerson Streets across from where Bradford Seafood is now located. It was moved to this location despite the objections of the Spanish-American War veterans because a “hot dog emporium was spoiling the public’s view” of the monument. The veterans felt Gale Park was not a central enough location for the monument. This monument is the work of artist Theodora Alice Ruggles Kitson who worked for Gorham Company Founders. The Hiker also exists as at least 51 other monuments including the original, which was erected at the University of Minnesota. Haverhill’s Hiker was the 15th produced; there are a dozen more replicas in Massachusetts with another in Manchester, New Hampshire. Others can be found as far away as Los Angeles, California, West Palm Beach, Florida, Birmingham, Alabama and Wichita Falls, Texas. Because of the great number of Hiker monuments and their diverse locations, The Hiker castings have become part of an important study regarding the effects of the elements, including acid rain, on our nation’s monuments. 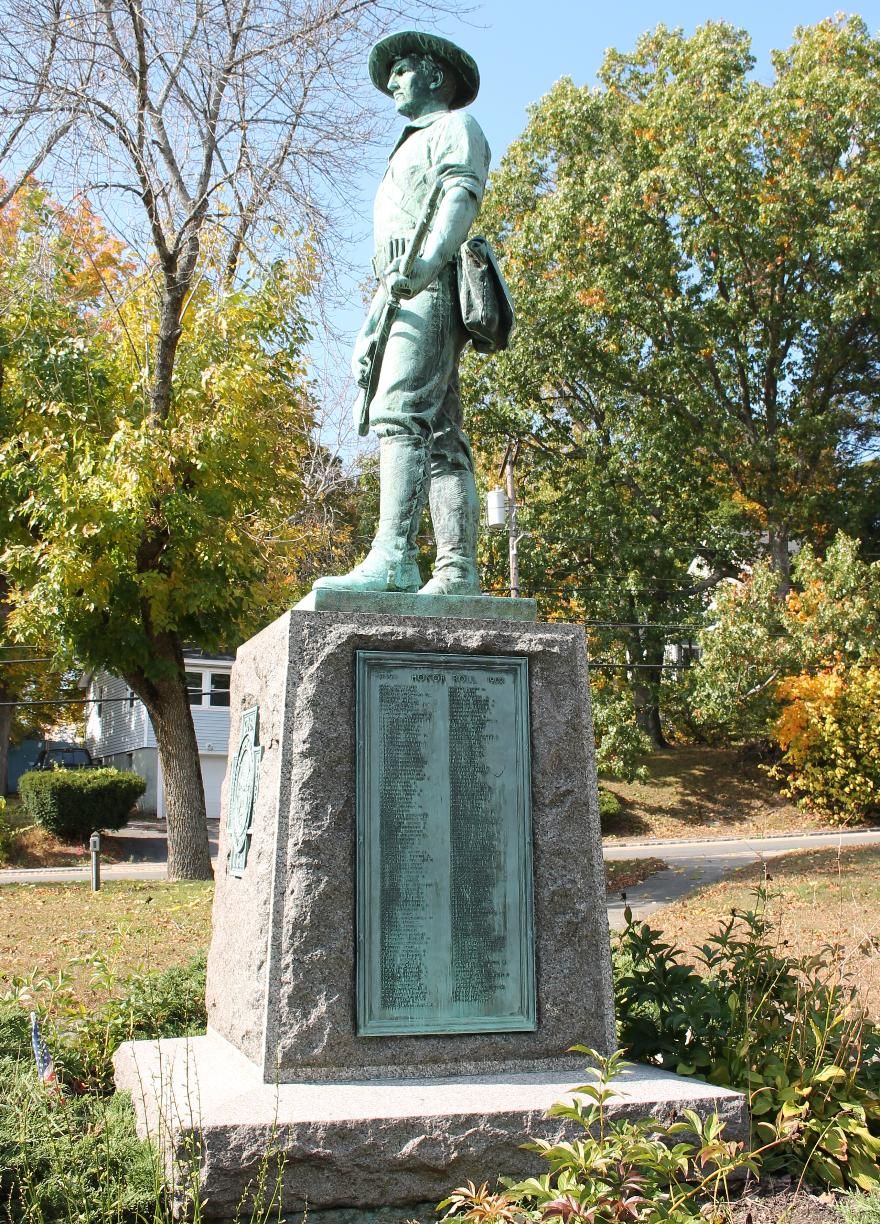 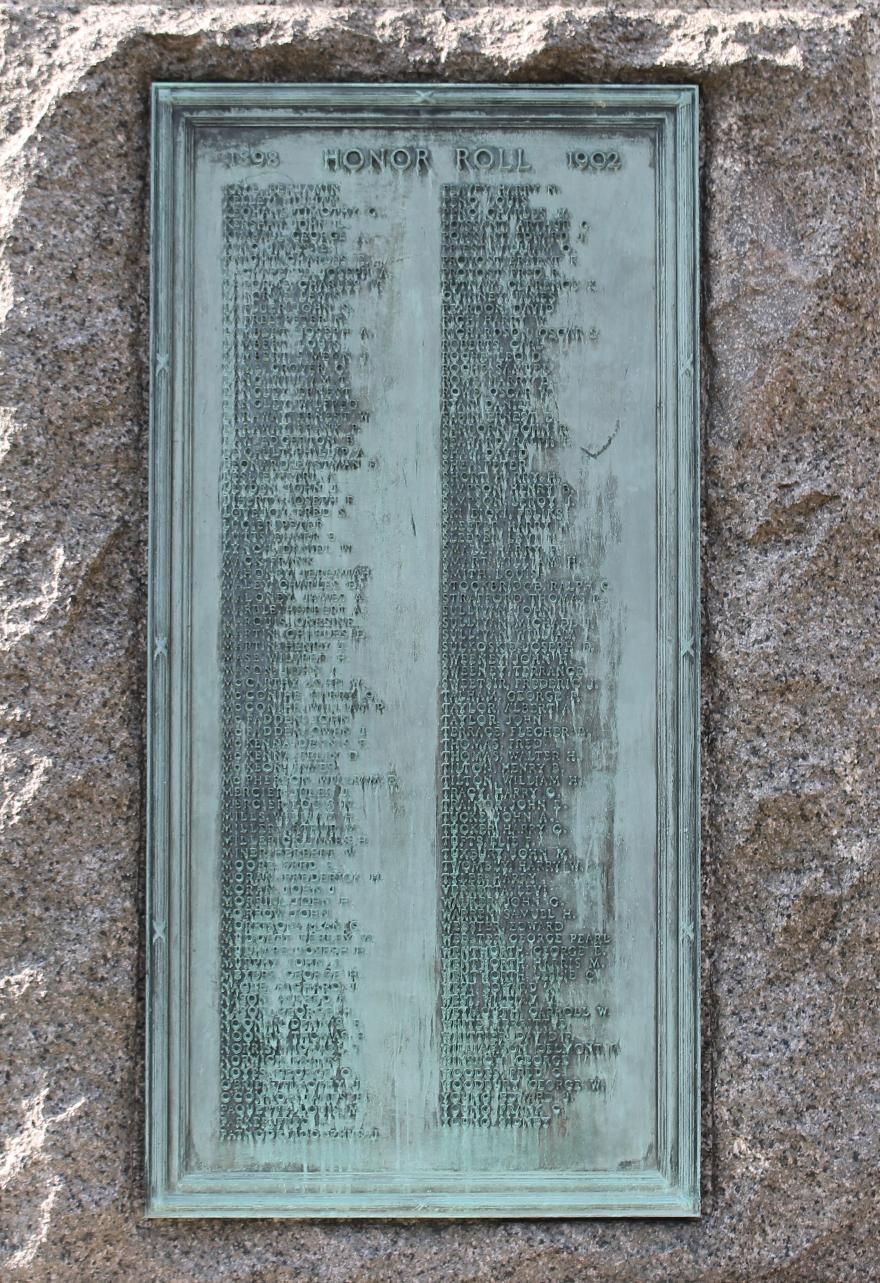 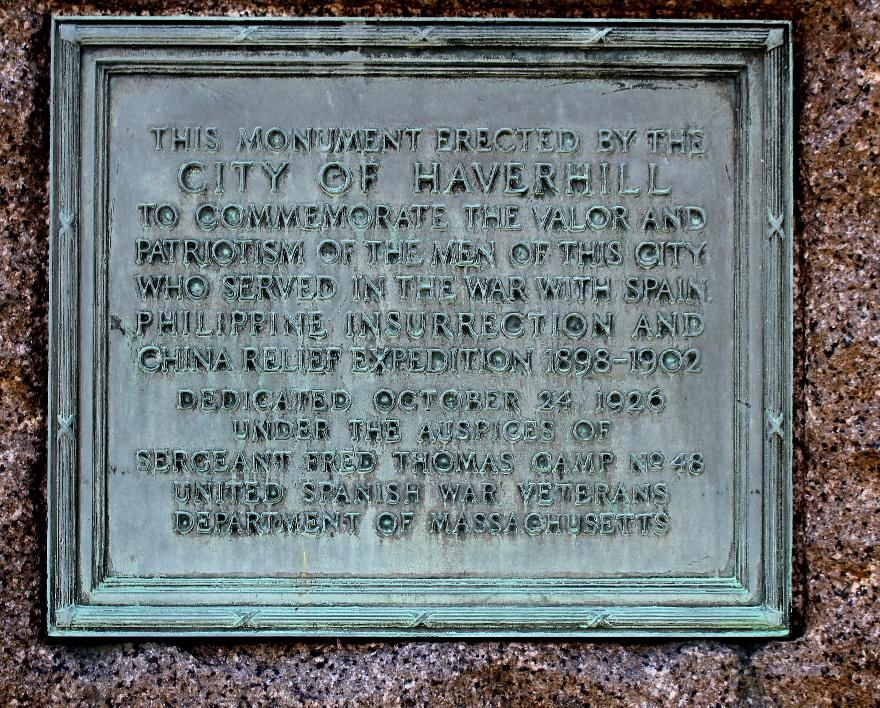 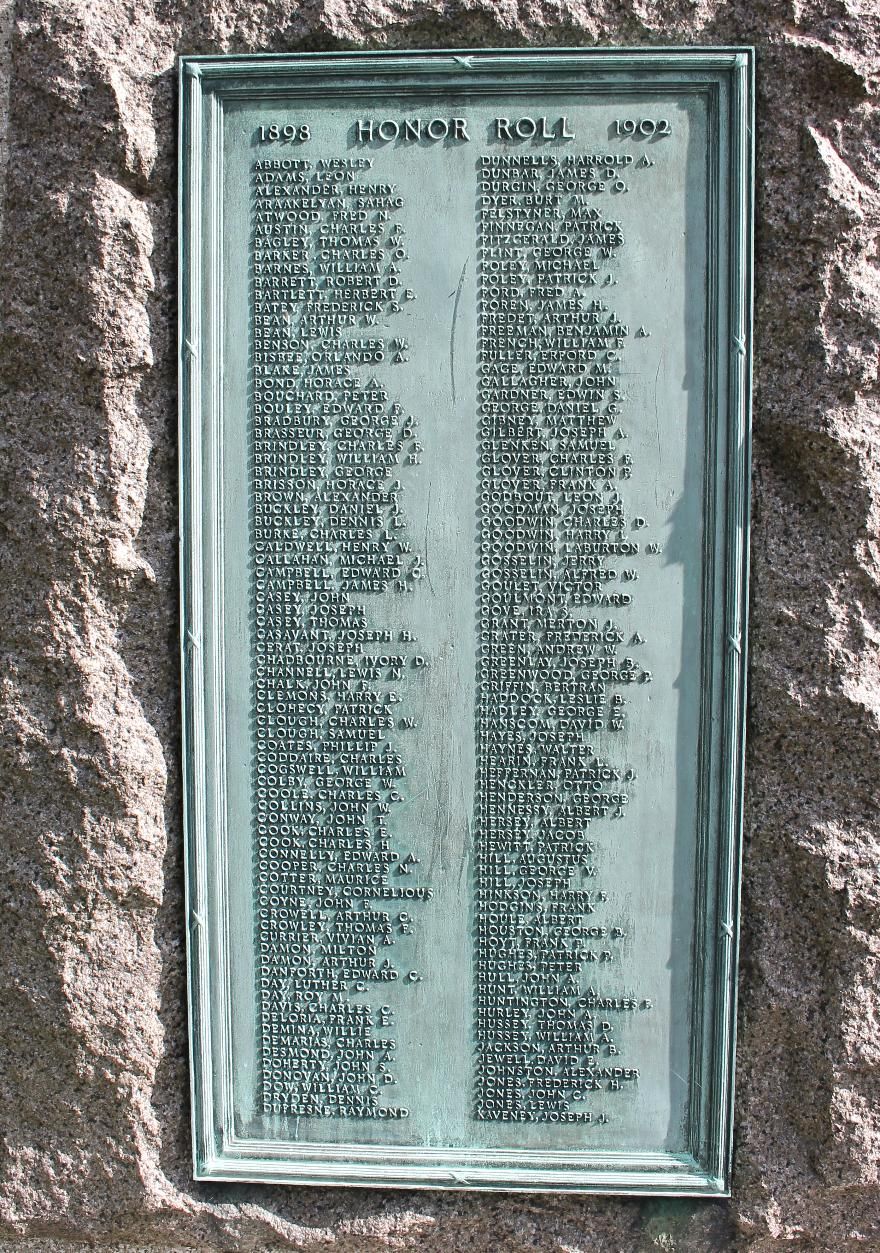