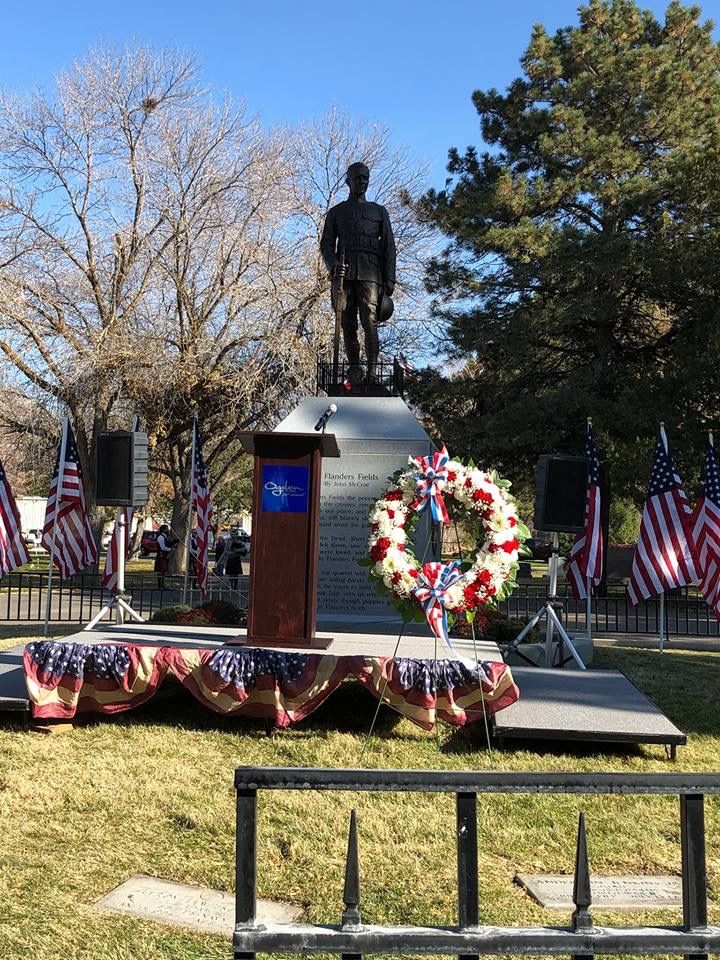 In 2018 in cooperation with Ogden City and the American Legion, and with help from RAMP funding, the Weber County Heritage Foundation has fully restored the statue, including cleaning and repairing the bronze, recreating and replacing the lost helmet and rifle bolt as well as repairing the joint, and applying a new bronze patina. Another component of the restoration included removing of the crumbling concrete dais and replacing it with a new granite monolith. The statue, commissioned by Herman Baker American Legion Post 9 in Ogden Utah, was sculpted by Gilbert P. Risvold and was originally dedicated in the 1920s. It stood previously on the balcony of the old American Legion Post on 24th Street in Ogden and was moved to the Ogden City Cemetery shortly after World War II. ​