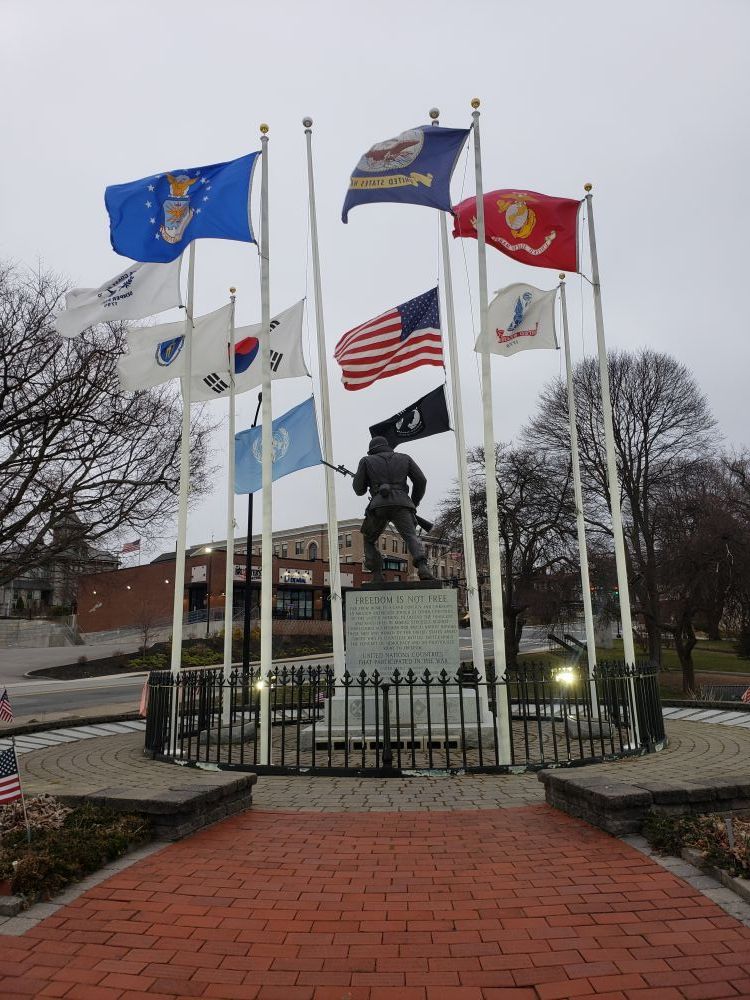 Freedom is not free. Presented by the Korean Veterans Memorial Committee on 3 Nov 2002. Fundraising started in 1998 and support for this project was received from the citizens and elected officials form the area. Local businesses supported this effort as well. The sculpture sits in the corner of G.A.R. Park in downtown Haverhill, Massachusetts. Haverhill sculptor Garry J. Sharp and Dan Nadeau worked with master craftsman Clifford Harsh to build a frame to hold 2,400 pounds of clay to create the statue mold. That was then trucked down to Woburn, Massachusetts, where Starlight Studio was able to make a mold of that clay statue. That mold was then brought to Paul King Foundry in Rhode Island, where the bronze statue was cast. Many local businesses chipped in with laying the foundation; brick laying and lot grading was done in a timely manner. The fence that once was around the Civil War memorial was removed during its relocation and was reused around the Korean War monument. There is a board Of directors that will be taking over for the Korean War veterans who have been deceased or unable to continue the work to make sure the monument continues to honor all those who served. 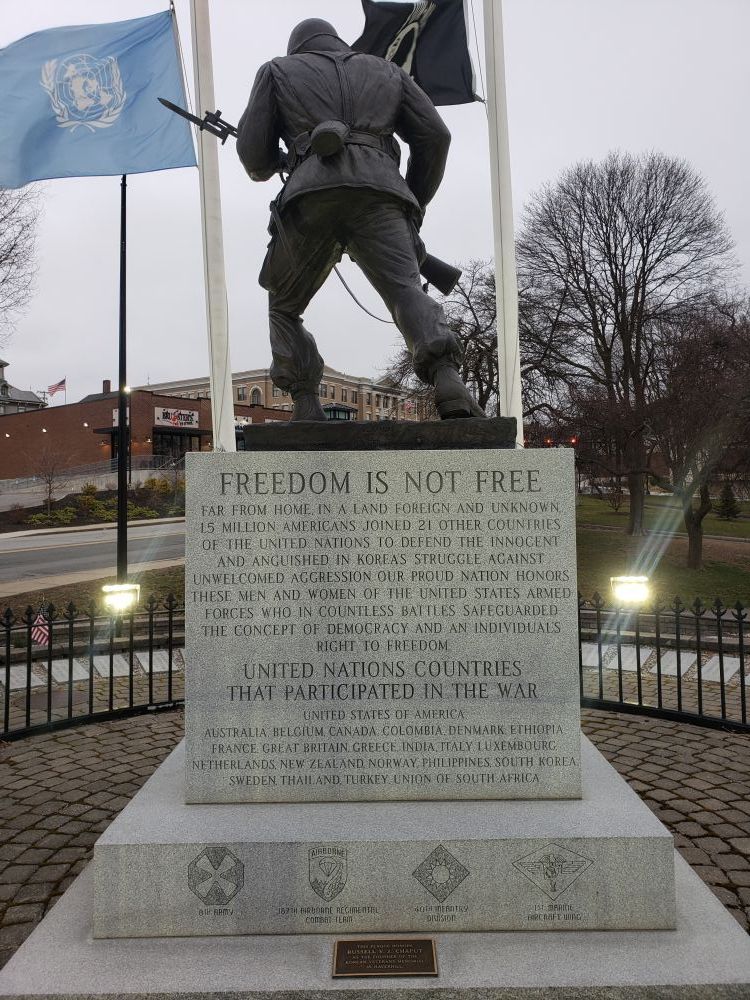 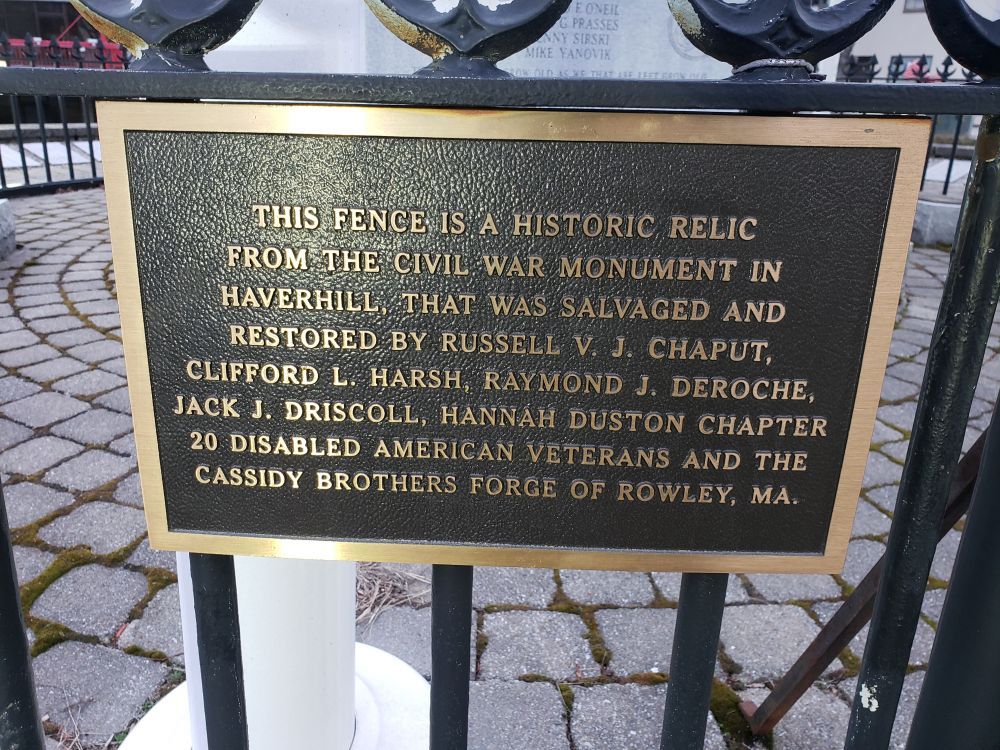 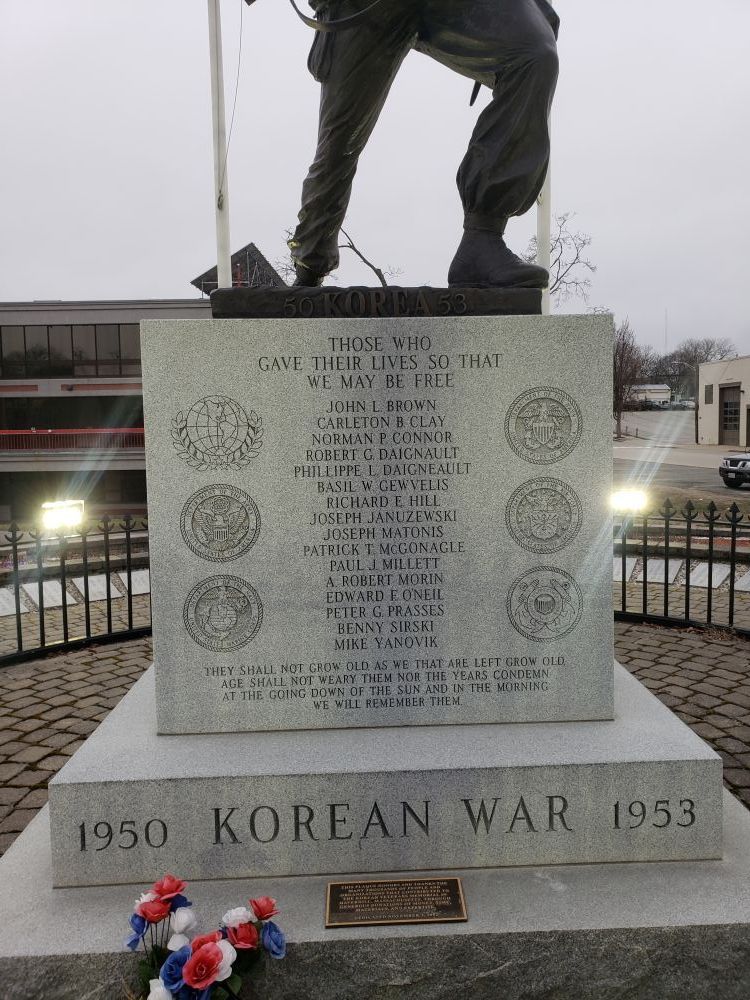 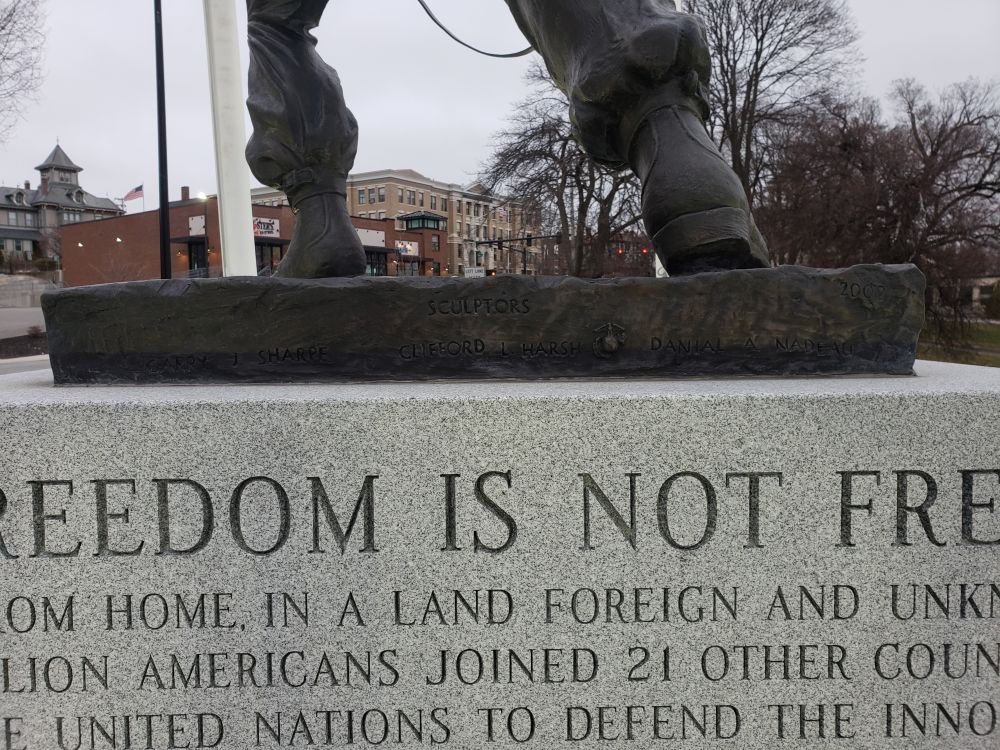 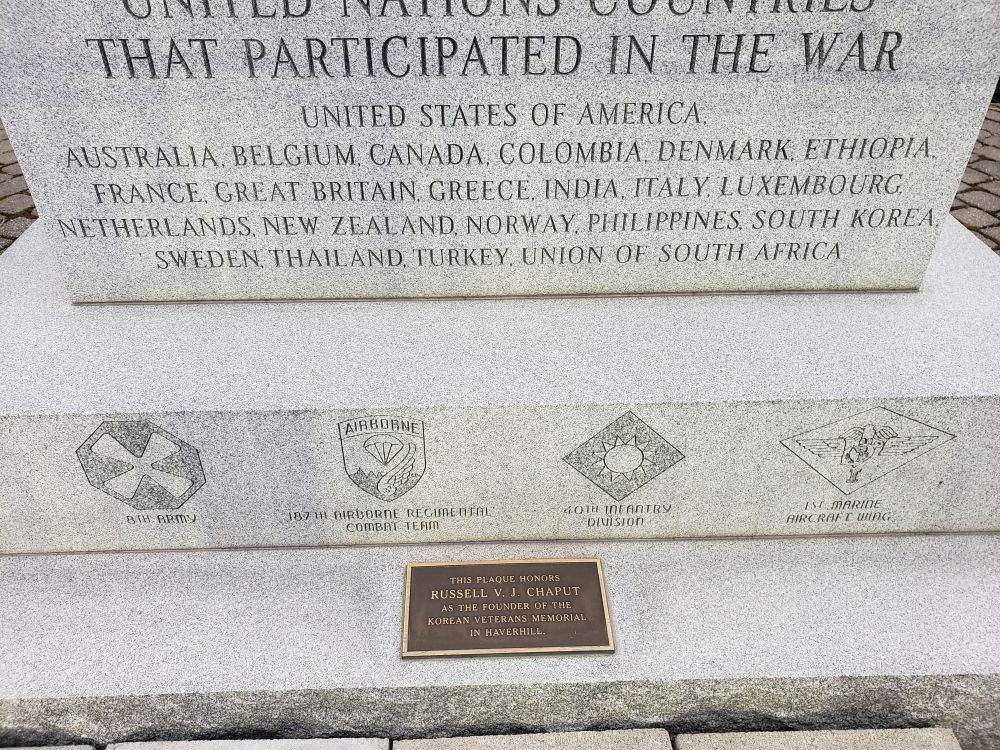 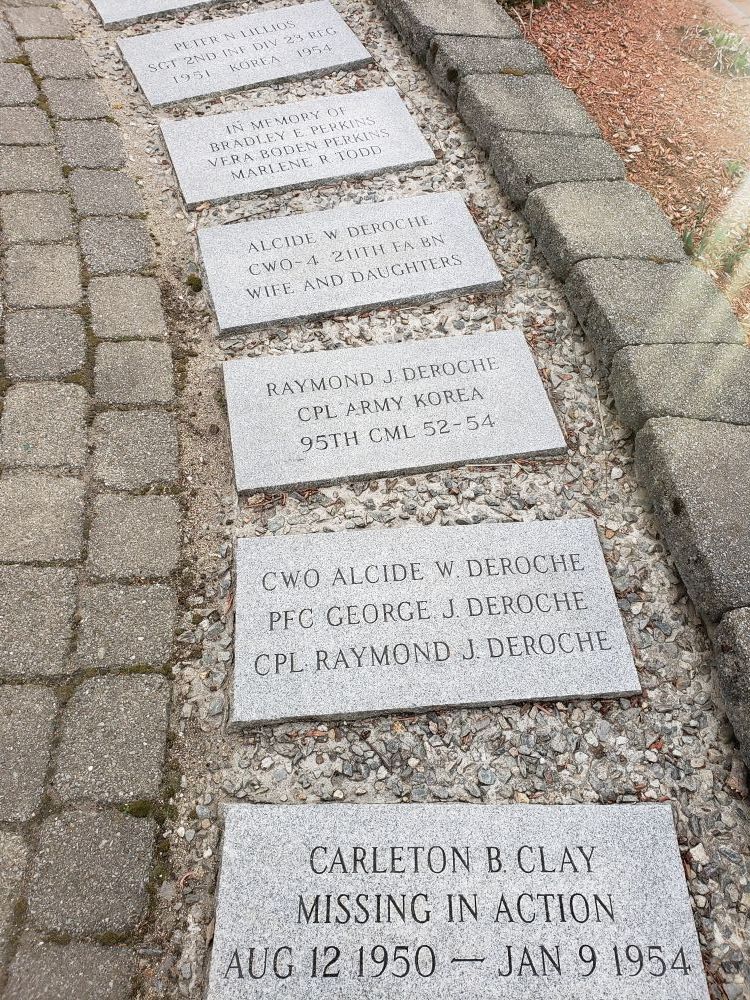 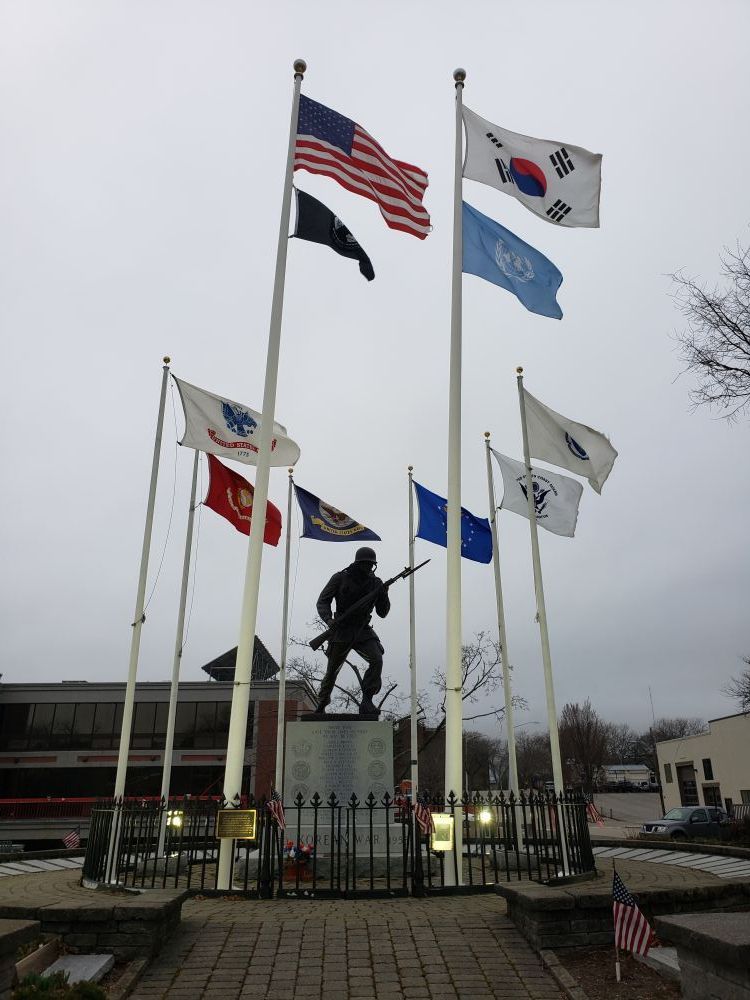 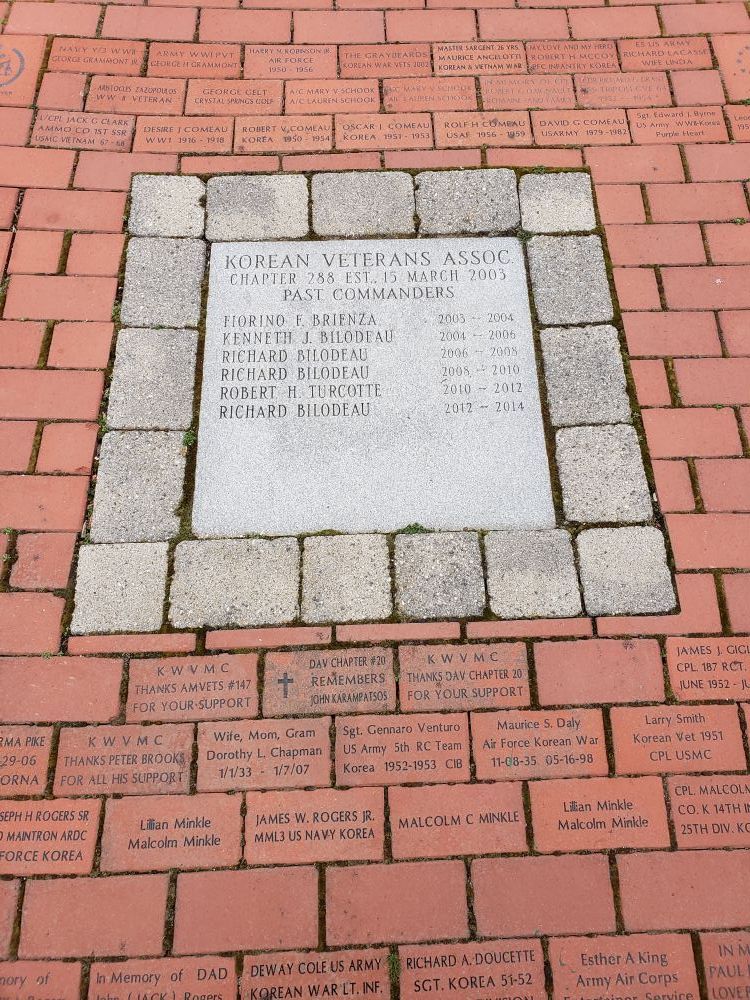